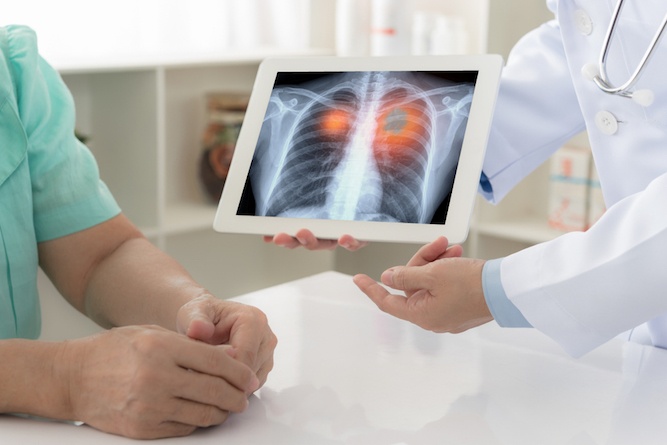 Industries That Knowingly Placed People at Risk for Lung Cancer

New ‘Medicare for All’ Bill in the Senate and Why Does it Matter?
#Navreet Pabla

There’s little doubt that lung cancer is one of the nastiest illnesses out there. Those afflicted are put through a veritable ordeal of painful breathing, constant feelings of suffocation, and much worse, before what is usually an early death. Check out how Google’s AI is now better at detecting lung cancer than doctors.

The first culprit that comes to mind when we associate lung disease with industry is Big Tobacco, and of course, they share a big part of the blame for the hundreds of thousands of new lung cancer cases worldwide.

However, Big Asbestos isn’t far behind, and the shocking lack of care and accountability that industry actors exhibited throughout the years grants them a well-deserved place in the spotlight.

The negative health effects of asbestos are known for quite some time.

The first to document a death from pulmonary failure related to asbestos was London physician Montague Murray in 1906. According to the Environmental Litigation Group, by the 1920s, the term “asbestosis“ is coined for a new illness affecting those who worked around high concentrations of asbestos dust. Around the same time, doctors discover a new form of cancer called mesothelioma, and exposure to asbestos is identified as one of the probable causes.

While still not a matter of scientific certainty, the harmful effects associated with asbestos seem to have been common knowledge among industry insiders by the middle of the 20th century.

In a 1948 memo, Dr. Arthur J. Vorwald, a scientist closely associated with the insulation industry, warns executives at one of the leading US insulation manufacturers, Kaylo, that their product “is capable of producing asbestosis [and] it is better to discover it now in animals rather than later in industrial workers”

Similar memos were circulating among the upper echelons of Exxonmobil and National Gypsum Co., the latter of which containing the rather whimsical formulation that “Just as certain as death and taxes… if you inhale asbestos dust you get asbestosis”.

None of the companies involved addressed these concerns with any harm reduction measures, such as decreasing the amount of asbestos in their products or taking steps to limit worker exposure.

On the contrary, there is a good amount of evidence that many industry leaders were actively participating in hiding relevant information from both their workforce and authorities.

The actions conducted by the Johns-Manville Corporation, one of the biggest US suppliers of asbestos, and it’s business partner, Metropolitan Life Insurance Company are revealing for the attitude at this time.

Johns Manville management was well-aware of the hazardous potential of asbestos since the early 30s when internal reports reveal that as much as 20% of their workforce was affected by asbestosis.

However, when a physician at their Manville, New Jersey plant suggested hanging fliers to inform workers of asbestos-related health risks, his proposal was shut down on the grounds of potentially provoking a “legal situation”.

Lawyers of the same Metropolitan Life were to block a government inspection for poor working conditions in Johns Manville’s main factory in 1945.

Dr. Kenneth Smith, who was to become the company’s chief medical advisor apparently got his position after suggesting in a 1949 memo to company management that workers suffering from asbestosis shouldn’t be informed of their medical condition.

Dr. Smith’s words deserve to be recounted, at least for their cartoonish cynicism: “It is felt that [the worker] should not be told of his condition so that he can live and work in peace, and the company can benefit from his many years of service.”

The company president, Lewis H. Brown was more straightforward in a conversation with Unarco officials when he allegedly declared that men should be allowed to work until they “drop dead” because “it saves the company a lot of money.”

Quite ironically, the Johns-Manville Corporation was to file for bankruptcy after a series of lawsuits brought against it and other big names in the industry during the late 70s and early 80s.

Throughout this period, Johns-Manville faced no less than 9,000 claimants, which made for a large proportion of its 1940s-1960s workforces. In most cases, juries did establish that companies were indeed guilty of withholding information and of not supplying adequate measures of protection.

In 1964, a landmark study headed by Dr. Irving J. Selikoff established an undeniable connection between mesothelioma and exposure to asbestos. Following this, the Occupational Safety and Health Administration (OSHA) imposes a set of regulations severely limiting the acceptable degree of exposure to asbestos in 1971.

The same year will see the EPA declare asbestos to be a dangerous air pollutant and also the first liability lawsuit involving the noxious mineral. It is safe to say that by this time public awareness of the toxic potential of asbestos reached a new peak.

Companies, however, weren’t keen to abide by the new OSHA limitations, and even when measures were taken to do so, they preferred secrecy over a disgruntled workforce.

A 1978 memo from Babcock and Wilcox, a boiler manufacturer, suggests that company executives were aware of violating safety regulations, but solving the problem in a discreet fashion was prioritized over warning their factory-floor employees of the potential hazard.

Union Carbide’s reaction to the new state of affairs was to urge their salesmen to adopt a “more aggressive” stance when pitching asbestos-containing products, while the Ford Motor Company found switching from asbestos to carbon and steel brakes to be an “unbearable cost” at a price difference of $1.25 per unit according to one source.

This decision was to bite the auto manufacturer in the back when lawsuits from auto mechanics and former employees suffering from mesothelioma started pouring in during the 1980s.

The company handled this problem in a way typical of the industry — by hiring a couple of consulting firms to mend its public image as well as to downplay the toxic potential of asbestos.

Exponent and Cardo ChemRisk, both founded by Dennis Paustebach, were offering expert testimony on behalf of the asbestos industry, publishing articles, as well as conducting “scientific research” to be used specifically for legal purposes.

Paustenbach himself admits to the real validity of his research in a 2010 letter to Ford: “the asbestos-related research which resulted in publications which have been enormously illuminating to the courts and juries…”

Regardless of the questionable legal practices of Ford and its defense team, outright law-breaking doesn’t seem to be among them.

The same can’t be said about the Engelhard Company and their legal defenders at Cahil, Gordon & Reindel.

The company found potentially dangerous levels of asbestos in the talcum it was mining following a 1970s internal study.

In an all-too-familiar pattern, this information was largely ignored and kept a secret, until Glenn Hemstock, the company vice-president of research and development, is pressed to admit to knowledge of the potential hazard under oath during a liability lawsuit.

The matter is settled out of court in 1983, with the complainant is forced into a non-disclosure agreement.

Soon after, Hemstock sends a memo asking for all the documents relevant to the company’s talcum-related activities to be gathered in one place, under the supervision of Cahil, Gordon & Reindel representatives.

The documents were supposedly either hidden or destroyed, as none could be found to serve as evidence against the company in its (many) subsequent asbestos-related liability lawsuits.

Company executives themselves never again acknowledged that the talcum Engelhard mined and used in its products was contaminated with asbestos. A federal class-action lawsuit for tampering with evidence against Engelhard, now a subsidiary of BASF, and their former legal representatives continues to this present day.

Asbestos is still a problem

To their credit, many businesses increased safety measures and begun phasing out asbestos from their technological process following the early 70’s OSHA regulations.

Almost all government dependent institutions conformed to the law in place, particularly the US Navy, which stopped using asbestos in their warships beginning with 1974, although it took decades for the older craft to be retrofitted or retired.

But unlike most other countries, the US never entirely banned the use of asbestos, and the mineral can still be found today in certain items of insulation, protecting equipment, sealants, etc.

According to the National Institute for Occupational Safety and Health, 4.3% of American workers were exposed to levels of asbestos above the recommended limit as late as 2003.

Asbestos-related illnesses tend to have a latency period between 20 and 50 years, which means that hundreds of thousands of people are still affected by the negligence and disdain of past actors. It is estimated that annually, between 12,000 and 15,000 Americans lose their lives to lung diseases triggered by exposure to asbestos despite the rise in popularity for AI solutions and precision medicine.

Greg A. Cade is an attorney with over 20 years of experience handling environmental claims all over the Southeast. He also holds a master’s degree in Industrial Hygiene from the University of Alabama and is currently head attorney at Environmental Litigation Group, a law firm based in Birmingham, AL.