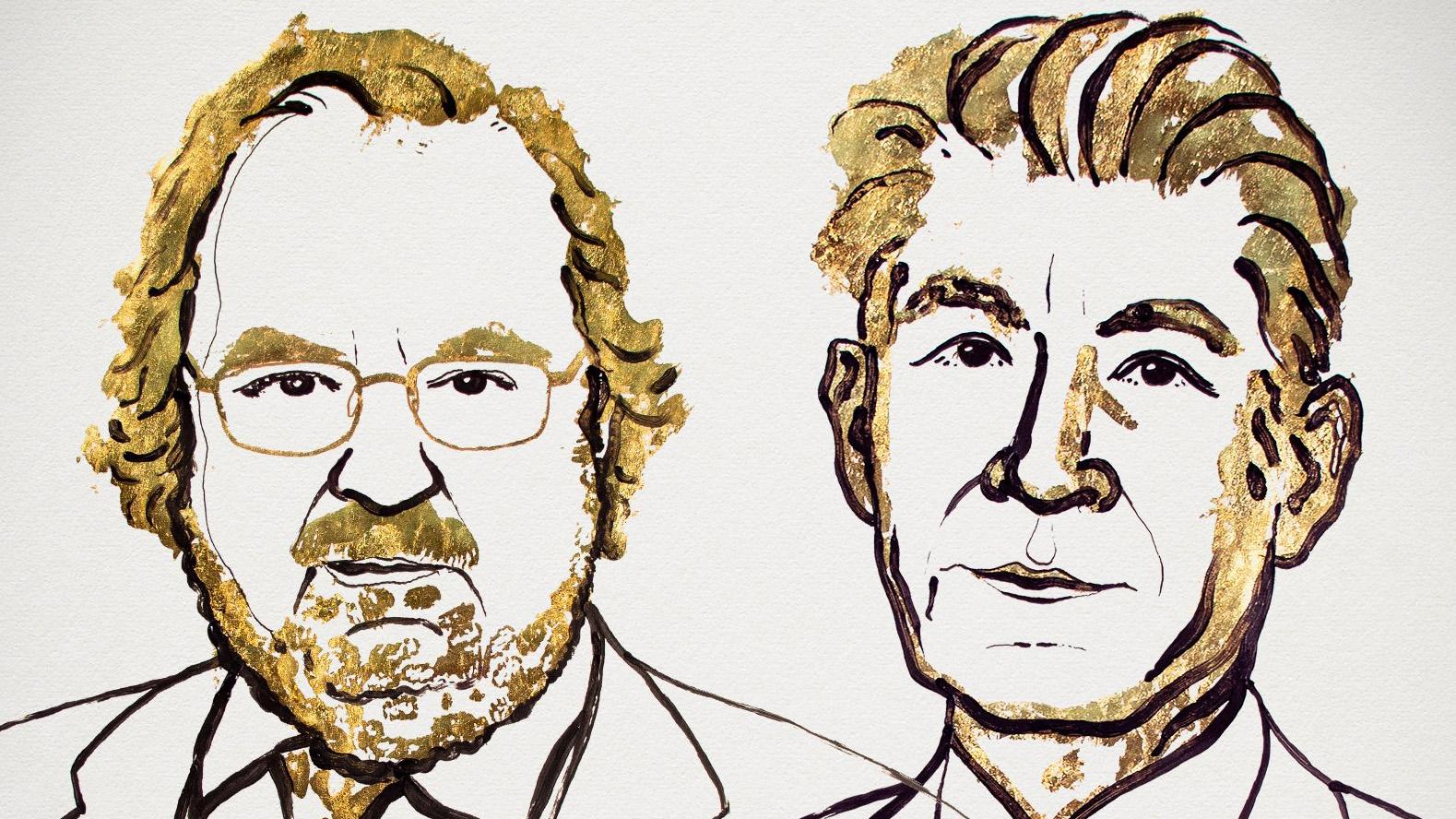 Principles of antique medicine say a healthy body is not enough, one must also have a sane mind. Now, modern medicine can add Artificial Intelligence techniques to enhance medical procedures, or induce healthy emotions which help heal.

Some of this year’s Nobel Prize winners are really working towards improving an individual’s overall health, soul included. Their discoveries and actions are so mind blowing, that we understand the challenge their selection must have presented for the Nobel Assembly.

The first winners honored are those of physiology or medicine.

According to the official announcement, the 2018 Nobel Prize in Physiology or Medicine has been awarded jointly to James P. Allison and Tasuku Honjo “for their discovery of cancer therapy by inhibition of negative immune regulation.”

Cancer kills about 8.8 million people around the world every year, the World Health Organization reports.  It is one of humanity’s greatest health challenges. This year’s Nobel winners for Medicine achieved the ability to stimulate the inherent ability of our immune system to attack tumor cells, thus promoting an entirely new method to fight cancer.

James P. Allison studied a protein that operates as a brake to our immune system. He understood that releasing this brake could present a new way of treating patients, by giving impulses to our immune cells to attack tumors.

Meanwhile, Tasuku Honjo also discovered an immune cell that also proved to operate as a brake, but by using another mechanism. Therapies based on his discovery proved to be strikingly effective in the fight against cancer.

Both Allison and Honjo proved how different approaches for inhibiting the brakes of the immune system can be transformed into powerful weapons against tumorous cells.

How can the immune defense be engaged for cancer treatment?

If cancer were caused by viruses or bacteria, they would be easily treated because the human body is equipped to deal with intruders, and advances in modern medicine have found ways to boost the immune system.

The main reason cancer is so hard to defeat is the simple fact that it consists of the patient’s own cells which went “crazy.” Since using chemotherapy can’t discriminate between healthy and cancerous cells, and surgery can’t get rid of all the cancer or, in some cases, can’t even be performed, doctors have been trying to find alternate solutions to attack only the cancerous cells for more than a century. The goal, to convince the immune system to target cancer cells, sounds logical: why not use a weapon which is already perfectly engineered for the task?

The difficulty was to find a good way to interfere with the intricate balance of brakes and accelerators of the immune systems’ T-cells to finetune the system’s intervention in case of disease. If only scientists could make these cells also “see” cancer cells as “non-self” and attack them, the fight could be won.

20 years of research finally paid off

Until Allison and Honjo came along, there was no method to trigger the immune response needed to attack cancer.

In the 90s, Allison made a discovery about a receptor called CTLA-4 (a break for T-cell activity), which was enhanced to treat people with hyperimmunity. Allison found that, if this receptor was blocked, T-cells became more active and started targeting cancer cells.

Even if, at first, pharma companies did not show interest in Allison’s research, he kept at it for 20 years, and his efforts finally paid off.

Meanwhile, on the other side of the Earth, in Japan, at Kyoto University, Honjo was focusing on a different T-cell brake receptor, PD-1, which, when blocked, caused T-cells to attack cancerous ones, and proved effective for various types of cancer.

In the 2010s, both researchers reached the phase of clinical trials with good results. PD-1 therapy was used to fight lung cancer, renal cancer, skin cancer, and lymphoma, cancer of the immune system. In combination with CTLA-4, PD-1 proved to work wonders in patients with melanoma. These two therapies now have a name, checkpoint therapies, and according to the Nobel Prize Committee, Allison and Honjo’s work “revolutionized cancer treatment and has fundamentally changed the way we view how cancer can be managed”.

All three winners of the 2018 Nobel Prize for Chemistry have conducted research with outstanding medical applicability. They have taken control of evolution and used it for purposes that benefit humankind.

One half of this year’s Nobel Prize in Chemistry is awarded to Frances H. Arnold. In 1993, she conducted the first directed evolution of enzymes, the protein catalysts of chemical reactions. Since then, she has refined methods that are now usually used to develop new catalysts. Frances Arnold’s enzymes are used in the more environmentally friendly manufacture of chemical substances, such as pharmaceuticals, and the production of renewable fuels for a greener transport sector.

The other half of this year’s Nobel Prize in Chemistry is awarded to George P. Smith and Sir Gregory P. Winter. In 1985, George Smith developed the phage display, a method in which a bacteriophage – a virus that infects bacteria – can be used to create new proteins. Gregory Winter’s final aim was to produce new pharmaceuticals, by using phage display to direct the  evolution of antibodies. The first one based on this method, adalimumab, was approved in 2002 and is in the treatment of rheumatoid arthritis, psoriasis and inflammatory bowel diseases. Since then, phage display has produced antibodies that can neutralise toxins, counteract autoimmune diseases and cure metastatic cancer.

The Royal Swedish Academy of Sciences decided to award one-half of the 2018 Nobel Prize in Physics to Arthur Ashkin (Bell Laboratories, Holmdel, USA), and the other to Gérard Mourou (École Polytechnique, Palaiseau, France and the University of Michigan, Ann Arbor, USA), and Donna Strickland (University of Waterloo, Canada).

Their findings have revolutionized laser physics. Advanced precision instruments using their laser discoveries will be used for multiple industrial and medical applications.

Optical tweezers that grab viruses and the most intense laser pulse

Arthur Ashkin’s  invention consists of a special kind of laser he manoeuvred to attract small particles in the middle of the beam and keep them there.  This new laser was called optical tweezers. It can be used to hold particles, atoms, viruses and other living cells between something that can best be described as laser fingers. If this sounds like something out of a SF movie, it’s maybe because Ashkin’s original dream was to use the radiation pressure of light to move physical objects, and his inspiration came from those movies. In 1987, he managed to grab and hold a living bacteria with the tweezers, without causing it any damage. Then, he began studying biological systems. Nowadays, optical tweezers are widely used to investigate the machinery of life.

Gérard Mourou and Donna Strickland have also studied lasers, but from a different perspective. Their research led to the shortest and most intense laser pulses ever created. In 1985, they published an article about their revolutionary discovery that was the foundation of Strickland’s doctoral thesis.

They successfully created what we now know as chirped pulse amplification. The first step was to obtain ultrashort high-intensity laser pulses without destroying the amplifying material. The laser pulses were first stretched in time to reduce their peak power. Then, they were amplified, and subsequently compressed. The result was more light packed into a shorter pulse, dramatically increasing the intensity of the pulse.

The chirped pulse amplification (CPA) became standard for high-intensity lasers. Millions of corrective eye surgeries are performed every year using the sharpest of laser beams. Of course, many other areas where it could be used have not yet been completely explored.

The Norwegian Nobel Committee decided to award the Nobel Peace Prize for 2018 to Denis Mukwege and Nadia Murad for their efforts to end the use of sexual violence as a weapon of war and armed conflict. They both made a crucial contribution to focus attention on, and combat such war crimes.

Why do we include them in this list of personalities which heavily affected the technological aspects of the medical field?

First of all, Denis Mukwege is a physician, so any work he has been doing was performed under the oath of Hippocrates. Dr. Mukwege has helped victims of sexual violence in the Democratic Republic of Congo for almost all of his adult life. Since the establishment, in 1999, of the Panzi Hospital in Bukavu, Dr. Mukwege and his staff have treated thousands of victims of such assaults, during the long-lasting civil war that has taken the lives of more than six million Congolese.

Nadia Murad is witness to abuses perpetrated against herself and others. Each of them has helped bring wartime sexual violence to the public eye, so that those responsible could be punished for their crimes.  But also, perhaps even more important, they helped heal and survive countless victims, bringing relief and hope where there was none.

All the discoveries and efforts of these spectacular human beings are outstanding in every way. They all have in common one trait that makes them worthy of the prize, in the best spirit of Alfred Nobel – they were done for the greatest benefit to humankind.

Healthcare Innovation
Agile Marketing On the Rise in Health and Life Sciences
January 10, 2022
960