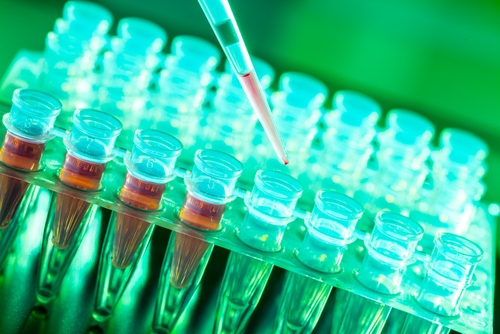 Gene therapy firm, 4D Molecular Therapeutics (4DMT) is on the verge of taking its therapies for adeno-associated viruses (AAV) to clinical trial following the closure of a Series B financing round where the company raised $90 million.

“The proceeds from this financing will be used to advance its [4DMT’s] proprietary Therapeutic Vector Evolution platform and pipeline of next-generation AAV gene therapeutics,” the company said in the statement.

4DMT Chairman and Chief Executive Officer, David Kirn said they were “privileged to be supported by such high caliber life science investors who share in our vision.”

Following the financing round Tony Yao, a portfolio manager at ArrowMark Partners, joined the 4D Board of Directors, the gene therapy firm said.

4DMT focuses on the discovery and development of targeted, customized and proprietary next-generation AAV gene therapy products for use in patients with severe genetic diseases with high unmet medical needs.

Its Therapeutic Vector Evolution empowers 4DMT to create customized gene therapy products to deliver genes to any tissue or organ in the body, by the optimal clinical route of administration for any given disease, at lower doses and with resistance to pre-existing antibodies.

According to the company’s profile, “4DMT is advancing the field of targeted and optimized AAV vector technology by deploying principles of evolution and natural selection to create vectors that efficiently and selectively target the desired cells within the diseased human organ via clinically optimal routes of administration, at manageable doses and with resistance to pre-existing antibodies in the population.”

“After defining the Target Product Profile, and the associated Target Vector Profile, 4DMT then applies proprietary methods to identify lead vectors from within our AAV libraries. The result is a customized, novel, and proprietary pharmaceutical-grade product uniquely designed for targeted therapeutic gene delivery and efficacy in humans,” the company said.

The company’s lead program is expected to enter clinical trials next year.

In its development pipeline, 4DMT is also working on therapies for rare retinal diseases, heart conditions and rare muscle and lung ailments.

The $90 million Series B financing comes as 4DMT has already partnered with other firms for the advancement of gene therapies for rare diseases.

In July, 4DMT said it had partnered with MedImmune to develop a gene therapy for chronic lung disease, including chronic obstructive pulmonary disease. In a statement, 4DMT said the terms of the deal specified that MedImmune would conduct product development beginning from early clinical stages, drawing on the company’s extensive expertise in respiratory science, in collaboration with 4DMT’s expertise in vector discovery and engineering, optimization, and process development.

In April, 4DMT announced the expansion of its partnership with Roche to develop and commercialize multiple ophthalmology products. The two firms first entered into the partnership in 2015.

Over the last two years, 4DMT has also been working with Pfizer on the development of therapies for heart disease.

The company is also exploring opportunities for partnerships for heme, joint, pancreas, kidney, and liver conditions.