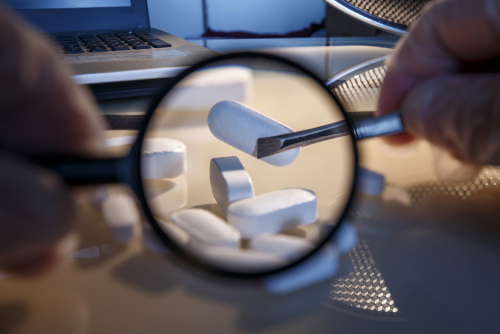 TraceLink Inc. announced August, 21 that it has closed a $93 million investment round led by Georgian Partners, with new investors Vulcan Capital and Willett Advisors LLC, and participation by all existing investors: FirstMark Capital, Volition Capital, F-Prime Capital, and Goldman Sachs. On that occasion, it was also announced that Tyson Baber from Georgian Partners has joined the company’s Board of Directors.

Tracelink Inc. is, according to a company’s press release, the World’s Largest Track and Trace Network for connecting the life sciences supply chain and providing real-time information sharing for better patient outcomes. Knowing how to deal with data pertaining to the healthcare system is extremely important, since roughly one third of the world’s data is generated from this industry.

TraceLink helps pharma companies comply with country-specific requirements regarding the tracking and tracing of any specific product through their supply chain.

These regulations have become increasingly important following the passage of the Drug Supply Chain Security Act in 2013. The measure is supposed to enforce customer/patient protection against exposure to counterfeit, stolen, contaminated, expired, or otherwise harmful drugs, giving to individuals the insurance what they buy in pharmacies is regulated and conforming.

In 2013, lawmakers gave the industry one decade before unit-level traceability becomes enforced, and half of that time has already lapsed. Solutions to achieve compliance are therefore much needed and the industry is ready to pay for them.

Like any other products, drugs are susceptible to being counterfeit, consequences being dire for patients everywhere. Counterfeit drugs are a profitable enterprise for criminals worldwide, and could lead to serious health problems and death, according to the World Health Organization (WHO).  TraceLink is part of a sustained effort to eliminate from the market substandard and fake drugs and other medical products.

According to the WHO, 1 in 10 medical products in low-and middle-income countries is fake or under quality standards. However, it would be a mistake to think the problem is limited to those countries, since wealthier ones experienced similar problems. Both the U.S. and Europe have come up with new regulations recently, in an effort to limit the fake drugs spread, including better supply chain tracking systems, which is exactly what TraceLink offers.

An American solution to an international problem

TraceLink, Inc. develops and offers track and trace network solutions for identifying and tracking pharmaceuticals through the supply chain. It might sound complicated, and it is, but put simply, what the company offers is a way to track down an aspirin from manufacturer to the end user.

The company has perfected products adapted to different kinds of clients, big and small. It provides pharmaceutical serialization, drug tracking and tracing compliance, but also EU FMD Express, a solution designed for smaller pharmaceutical companies which have to comply with the EU falsified medicines directive.

The company’s clients are pharmaceutical companies, wholesale distributors, and re-packagers. TraceLink thought big and has formed strategic partnerships with Amazon, KPMG, ValiMation, Excellis, Optel Vision, and Laetus. TraceLink, Inc. was founded in 2009, with headquarters in North Reading, Massachusetts. The company also has offices in the United Kingdom, India, Singapore, and Brazil, aiming to further its global development.

Big plans for the near future

“As we continue to execute on our vision to build the digital supply chain, we are making strategic investments in machine learning, artificial intelligence and blockchain, ultimately delivering an open development platform for information sharing and predictive analytics,” said Shabbir Dahod, president and CEO, TraceLink.

Tyson Baber, Partner, Georgian Partners, commented, “The pharmaceutical industry is at a digital tipping point and TraceLink is in the ideal position to drive major advancements in this transformation with its information-sharing network platform. We are very excited to partner with TraceLink on its next phase of growth and look forward to helping guide the company on its journey to shape the future of the digital drug supply network, leveraging our experience and clients’ collective expertise in artificial intelligence and machine learning.”

The numbers look good for TraceLink

Since its founding in 2009, TraceLink has attracted a total of $167 million in investments. Most of the money – $60 million – was used to buy primary shares, with another $33 million used to buy up the shares of previous shareholders.

The company announced it has raised $60 million in Series D funding early June, 2018, after a previous $51.5 million Series C round roughly 18 months before that. TraceLink seemed to be preparing for life as a publicly traded company, including by releasing quarterly revenue and customer growth numbers. August, 14th, 2018, TraceLink Inc. announced revenue results for the second quarter of 2018: 62 percent overall revenue growth and 124 percent annual increase in new customers.

Now, with the recent funding, the company might not need to file for an IPO in the immediate future, but this remains a possibility for later. TraceLink recently announced that demand for its software has increased at a fast pace, especially in Asia, Europe, the Middle East, and Africa. In May 2018, it had more than 800 customers across 35 countries, according to a press release,  after saying, in February, it was employing 400 people worldwide.

These last news about additional funding confirm the positive trend TraceLink seems to be on, helping the industry to better prepare for the 2023 enforced regulations concerning drug tracking.