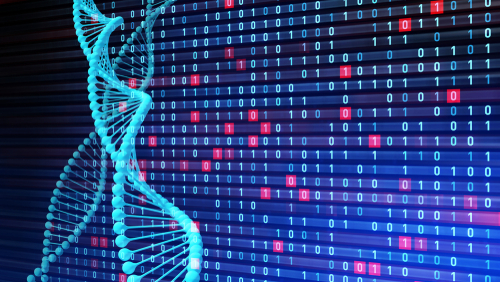 Pharmaceutical giant, AstraZeneca is looking to tighten its grip on the Chinese market by using  artificial intelligence (AI), robotics, and digital apps to improve diagnosis of diseases in the Asian nation.

This year, AstraZeneca partnered with Alibaba and Tencent as part of its plans to provide better “service and treatment for China’s patients suffering from chronic diseases such as cancer, diabetes, and respiratory disorders, and ultimately increase its drug sales in China. The two internet giants will help develop smart health services, AI-assisted screening and diagnosis, and tackle online sales.”

China’s thrust on internet-based healthcare an opportunity for AstraZeneca

A few years ago, AstraZeneca began investing in a research and development site in Wuxi City after striking a strategic alliance with WuXi AppTec.

The thinking behind this approach is that it fits into China’s support for internet-based healthcare systems to alleviate a lack of doctors, overcrowding, and poor grassroots healthcare. The company hopes that with new innovations patients will be able to access AstraZeneca drugs far more quicker and at a fraction of the current cost.

Recently, AstraZeneca Chief Executive Officer, Pascal Soriot said “We can leverage digital tools to better treat patients.” Soriot projects that China’s pharmaceutical industry is going to be the largest in the world soon and his company is focusing on positioning itself to benefit from the forecasted growth by investing in medtech.

Among the opportunities that AstraZeneca has identified is, due to its aging population, China’s incidences of non-communicable diseases, such as cancer and diabetes, is rising sharply.  To this end, AstraZeneca, which generates about 18 percent of its revenue from drug sales in China, has introduced smart cancer diagnostics, one-stop-shop diabetes kits, and AI systems to improve ambulance pick-ups for patients with chest pain.

The company has also come up with innovations that allow patients to be diagnosed in ambulances so they can be sent to the correct health institutions, where they will receive the right care.

The Pharmaphorum website said these innovations will not have a huge dent on AstraZeneca’s profits, but will help to embed the business in the Chinese healthcare market through strong relationships.

This is an assertion that Soriot seems to agree with, as he told Reuters at the World Internet of Things Exposition in Wuxi, China that: “Down the line we benefit, our products benefit, because we have better relationships with doctors and hospital managers and also because we diagnose more patients and they get better treated.”

The reforms at the China Drug Administration (CDA) are another opportunity that AstraZeneca has been quick to exploit, as the regulatory body now approves drugs made outside the Asian country quicker and is open to new innovations.

For example, Reuters points out that last year, AstraZeneca won a record-fast approval for its lung cancer drug, Tagrisso, which is designed for patients with a genetic mutation that is particularly common in China.

AstraZeneca is hoping to earn more than $500 million by 2025 in China from the sale of Tagrisso, which is used in the treatment of Non-Small Cell Lung Cancer (NSCLC), the most common form of lung cancer.

And before the end of the year, AstraZeneca hopes to have received approval for a new anemia drug called Roxadustat, which is being developed with FibroGen.

AstraZeneca is hopeful that it will get more medicines onto a list of those covered by basic insurance schemes and onto fast-track approvals.

The company entered into a joint venture with Dizal Pharmaceutical, which is backed by the China State Development and Investment Corporation, with the head of AstraZeneca China, Leon Wang, saying: “It’s the first time a government fund works with a foreign company in researching new drugs for Chinese patients.”

According to a Forbes report, McKinsey and Company predict that the Asian technology health market is booming and will be the second biggest in the world in two years’ time. The report says the Asia-Pacific region presents markets with significant unmet healthcare needs and attractive growth potential.

While the McKinsey and Company report is optimistic on the outlook of the Asian health market, it points out that the market is fraught with limited financial resources and a frugal attitude toward spending on healthcare. The market also suffers from an underdeveloped medical infrastructure and workforce, which inhibits the adoption and use of new technology and a fragmented and inconsistent set of regulatory and reimbursement regimes that serve as a deterrent to introducing new technology among others.

“At the same time, surmounting these hurdles offers an unparalleled opportunity to pursue innovative products and services that could not only meet the needs of patients in Asia-Pacific, but globally,” the report says.