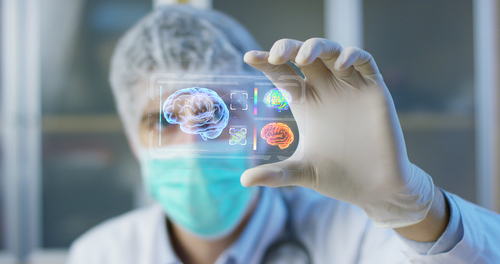 Boston, Massachusetts based Akili Interactive announced, August 9, it has raised $13 million in new funding as an extension of its Series C financing. Akili is a leading prescription digital medicine company developing novel treatments for cognitive dysfunction and brain-related conditions.

The new funds raise the equity capital Akili has acquired this year to $68 million.

Akili Interactive Labs raised a total of $140.9M in funding over four rounds.

A new category of less expensive and more effective medicine

According to their website, Akili has created something that represents much more than a technology platform; it is an entirely new category of medicine, developed by world-renowned cognitive neuroscientists and entertainment and technology designers.

This new type of electronic medicine could mean that treatments can be deployed remotely and directly to any patient, anywhere. The medication can prescribed and tracked by physicians, and could potentially cost only a fraction of the price of traditional approaches. Akili’s cognitive engine makes possible three clinical game versions, which can remotely capture data and are designed specifically to engage patients. The software is capable of self adapting to the patient’s ability level, without input from any clinician.

How does Akili’s solution work

Built on extensive peer-reviewed research, Akili’s products deliver certain stimuli which are programmed to specifically target and activate cognitive neural systems within the brain. These systems include those impaired because of various medical conditions across neurology and psychiatry.

Akili selected the delivery method which seems to be preferred by children, teens, and even adults alike: video-games. The company builds clinically-validated cognitive therapeutics, assessments, and diagnostics that look and feel like video games.

The digital medicine, subject to a large and rigorous evaluation

In December 2017, Akili announced positive top-line results of a multi-center, randomized, double-blind, controlled pivotal study during which the safety and efficacy of AKL-T01 were evaluated. If cleared by FDA, AKL-T01 would be the first prescription video game to treat a medical condition and the first prescription digital medicine for children with ADHD.

Akili is now developing other digital treatments to be used across neurology and psychiatry, including in Major Depressive Disorder (“MDD”), multiple sclerosis (“MS”) and various other inflammatory diseases. Akili is expecting results of both a Phase 2 study in MDD and of a pilot study in MS, by the end of 2018.

“This innovative study represents, to my knowledge, the largest and most rigorous evaluation of a digital medicine,” said, Dr. Scott Kollins, Professor of Psychiatry, Director of the ADHD Program at Duke University School of Medicine and principal investigator for the study. “The objective improvements of attention observed in the study suggest that AKL-T01 addresses a key deficiency in ADHD that is not directly targeted by standard treatments. Since the active control group in this study also played an engaging video game, we are encouraged that the statistically significant group differences were driven by the therapeutically active component in AKL-T01 and not just the video game experience.”

Since ADHD is such a huge problem, expectations are equally high

Despite the positive results, some questions about the product remained after the study. In some cases, parents and physicians alike perceived about the same amount of improvement in children’s behavior, no matter which video-game, placebo or therapeutic, they were playing. The perception was of course subjective, and it remains to be seen whether Akili will get approval. Even so, there is no way to predict whether clinicians and insurers will take the product into account.

Considering how serious ADHD is and how many children it affects, the treatment stands a real chance of being a hit, especially since its presentation is oriented toward children. It is another example of how AI, technology, and doctors can work together to find innovative treatments.

According to the American Psychiatric Association, attention-deficit/hyperactivity disorder (ADHD) is one of the most common mental disorders affecting children and also affects many adults. Symptoms of ADHD include inattention (not being able to keep focus), hyperactivity (excess movement that is not fitting to the setting) and impulsivity (hasty acts that occur in the moment without thought).

According to the same source, an estimated 8.4 percent of children and 2.5 percent of adults have ADHD. The disorder is often first identified in school-aged children, only because it is then that it starts creating significant disruption in class or problems when dealing with schoolwork. It is more common among boys than girls.

Akili’s officials and investors believe in the product’s future

Akili’s officials and investors alike seem to be confident about both digital medicine and the company’s future. This is of course good news for patients, parents, educators, and of course medical staff, since ADHD management demands efforts from all these categories.

“Both Akili and the broader field of digital medicine have been advancing at a significant pace,” said Eddie Martucci, Ph.D., CEO of Akili. “This additional backing from investors will help us significantly drive forward the development and deployment of our technology platform toward our goal of having a major impact in millions of patients and toward fulfilling the immense promise of digital medicine.”

“CLSA’s investments are focused on transformative ideas and technologies that have the potential to disrupt sectors and practices. Validated digital medicine is one such area, with potential to change the industry, especially in treating cognitive dysfunction,” said Jonathan Slone, CEO of CLSA, Asia’s leading capital markets and investment group. “Akili is a pioneer in the field, and we’re excited to support the company’s growth.”

Akili Interactive Labs, Inc. is a prescription digital medicine company combining scientific and clinical rigor with the ingenuity of the tech industry to reinvent medicine.

Akili is pioneering the development of digital treatments with direct therapeutic activity, delivered not through a pill but through a high-quality, action video game experience. Akili is advancing a broad pipeline of programs to treat cognitive deficiency and improve symptoms associated with medical conditions across neurology and psychiatry, including ADHD, MDD, autism spectrum disorder and various inflammatory diseases.

Akili is also developing complementary and integrated clinical monitors and measurement-based care applications. The Company was founded by PureTech Health(PRTC.L). Akili is a founding member of the Digital Therapeutics Alliance.