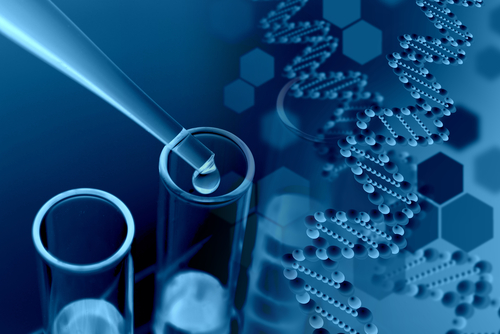 According to Renaissance Capital, the IPO assigns Allogene a fully diluted market value of $2.1 billion and an enterprise value of $1.4 billion. Pharma veteran Arie Belldegrun will own 10.9% of that, according to the S-1, while his longtime partner, David Chang, the CEO, is in for 3.9%.

Allogene has really made an impact on investors immediately after being born. Belldegrun and Chang quickly raised a $300 million round in spring, immediately followed by a $120 million financing round, topped with the present expectation of around $300 million by the end of the week. Everything will amount to more than $700 million in half a year.

Allogene is in good company, too, with 41 new U.S. stock listings by biotech companies registered this year, collectively raising almost $4.3 billion. According to bloomberg, such a huge wave of financing represents the highest dollar amount since 2000, when gene therapies caused a wave of market debuts by upstart drugmakers.

The present Allogene IPO might be the record biotech IPO of this year, which could be one of the biggest years of the past decade. This most definitely qualifies the company as one of the best healthcare startups to watch in the next period.

Who are the stars behind this healthcare AI startup?

Arie Belldegrun and David Chang are stars of the pharma industry, and such fame doesn’t come out of thin air. Their recent endeavour, developing one of the first therapies to genetically engineer white blood cells to attack cancer, helped them selling their company, Kite Pharma, to Gilead for $11.9 billion. After that, they thought the best course of action was to start a new company which could compete with their old one.

So, Arie Belldegrun and David Chang bought a licence for competing technology from Pfizer, convinced investors to put together $300 million, and founded Allogene Therapeutics, a San Francisco based company which could be able to disrupt Kite Pharma.

“We don’t need to wait another five years,” says Chang, who will serve as chief executive. “We can do this in a five-year timeframe.”

Belldegrun & Chang had build not only Kite, but also a solid reputation for being able to create top-performing teams which specialized in moving forward, fast. It is no surprise they are betting on a rapid development of Allogene, which now has 70 employees.

How does T-cell therapy work?

It is basically impossible to explain Allogene’s current interests without talking about Kite’s flag product, Yescarta, which was approved by the Food and Drug Administration last October.

It is a type of therapy called CART (short for: chimeric antigen receptor T-cell). The therapy consists of a very intricate process through which the patient’s own white blood cells, the T-cells, are re-wired to target the disease, and costs $373,000 per patient. The treatment works, but it takes a long time and is extremely costly.

Belldegrun and Chang now want to go further, in their new company, in hopes of engineering cells which are for universal use. They say they always thought patient’s T-cells were only a first step, the next one being to develop different cells, known as allogeneic (hence the new company’s name), which could be used as “drugs” to target any patient’s cancer cells, without needing long and individualized preparation before treatment.

For patients who simply do not have enough time to wait for their own cells to be re-engineered, this new solution Allogene is working to finance might very well mean the difference between life and death. There is also the question of solid tumors, which proved resistant to the CART therapy, and will need some other solution.

Stakes are high for Allogene

The money will be put to good use. Allogene’s lead drug candidate, UCART19, is being tested in an early-stage study in leukemia. Company management and founders are confident more advanced trials could be done as soon as next year.

The company’s pipeline contains 16 other compounds, which have yet to be tested on human subjects. The company’s bet remains using cells from healthy donors, rather than from the already worn out patients, to produce large quantities of ready for treatment, off-the-shelf therapies. These therapies will be available at a lower cost, which will make treatment of more patients possible.

The cost is expected “to go down significantly,” CEO Chang said in June. That “will help the therapy to be made available to a much larger patient population both from reimbursement perspective as well as having the drug ready.”