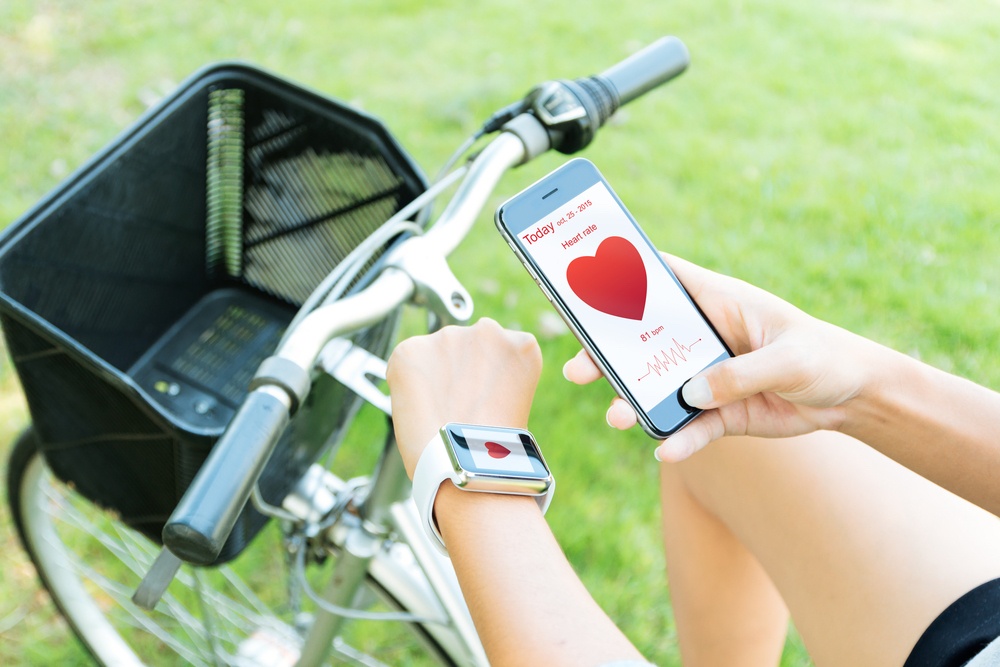 How Advancements In Healthcare Improve On The Job Safety
#Adam Mace

On March 16th, researchers from the Stanford University School of Medicine presented preliminary results of the Apple Heart Study, a first of its kind virtual study with over 400,000 self-enrolled participants. According to the findings researchers reported, wearable technology can safely identify heart rate irregularities that are later confirmed to be atrial fibrillation, one of the main causes of stroke and subsequent hospitalization in the United States.

How did the study work and what were its key findings?

A total of 419,297 people self-enrolled in the study. The Apple Heart Study app is available in the US App Store to customers who are 22 years or older and have an Apple Watch Series 1 or later.

Participants were required to own an Apple Watch and a compatible iPhone, they were not allowed to take anticoagulants, and could not have AFib. When they downloaded the Heart Study app, participants were given information about the study. After five or six repeat tachograms of an irregular pulse were reported within 48-hours, the app sent a notification. Notified participants were told to contact the study doctor through the app for a video consultation. The doctor would then decide whether the participant should wear an ECG patch. If so, the patch was worn for up to seven days to help determine which steps were needed.

Apple Inc launched the Apple Heart Study app in November 2017, with sponsorship. The aim was to determine whether a mobile app could identify atrial fibrillation, using data provided by a heart-rate pulse sensor on the Apple Watch.

AFib, the leading cause of stroke, is responsible for approximately 130,000 deaths and 750,000 hospitalizations in the US every year. Since many people don’t experience symptoms, so the condition often remains undiagnosed, which makes it even more dangerous.

Apple Watch’s sensor uses green LED lights flashing hundreds of times per second and light-sensitive photodiodes to establish how much blood is flowing through the wrist. The sensor’s unique optical design receives and retains signals from four distinct points on the wrist, and, when combined with powerful software algorithms, Apple Watch isolates heart rhythms from other noise. This is how it is able to calculate heart rate and rhythm. The Apple Heart Study app uses this technology to identify an irregular heart rhythm.

Key findings from the study:

The results were presented on stage last weekend at the American College of Cardiology conference in New Orleans. Findings were met with a wide variety of reactions from the attending cardiologists. There were talks about the overall role of wearables in screening and potentially even diagnosing disease, discussions not being limited to the Apple Watch.

Some voices in the medical community felt the high participation in the study is cause for optimism, 419,000 people is far more than most medical research studies enroll, while others were concerned about the many false alarms the Apple Watch could produce.

The optimism must be restrained however, since results presented on stage were still preliminary; the full paper has not yet been published in a scientific journal. Plus, this was not a randomized controlled trial, but an observational study.

These are reasons why the study had several limitations, including reliance on self-reported data from participants and the potential for a high number of false positive heart rhythms that could then lead to further unnecessary tests and undue anxiety for patients. Moreover, the target enrollment of 500,000 participants, with 75,000 aged 65 or older, was not reached.

Still, the team is confident the study will help people.

“The results of the Apple Heart Study highlight the potential role that innovative digital technology can play in creating more predictive and preventive health care,” said Lloyd Minor, MD, dean of the Stanford School of Medicine. “Atrial fibrillation is just the beginning, as this study opens the door to further research into wearable technologies and how they might be used to prevent disease before it strikes — a key goal of precision health.”

Apple continues the work, in partnership with Johnson & Johnson

Apple is moving ahead with studies of this kind that include a control arm for the heart health features on its Apple Watch, in partnership with pharmaceutical company Johnson & Johnson. The partnership was announced in January, the study proposing to investigate whether a new heart health program using an app from Johnson & Johnson in combination with Apple Watch’s irregular rhythm notifications and ECG app can accelerate the diagnosis and improve health results of the 33 million people in the world who live with atrial fibrillation (AFib).

In the U.S. alone, AFib is responsible for approximately 130,000 deaths and 750,000 hospitalizations every year. The study aims to analyze the impact of Apple Watch on the early detection and diagnosis of AFib, and its potential to help prevent stroke. A multi-year research program will be launched later in 2019. This large-scale program will occur in the U.S. only, and will be designed as a pragmatic randomized controlled research study for individuals age 65 years or older.

“Every week we receive incredible customer letters about how Apple Watch has affected their lives, including learning that they have AFib. These stories inspire us and we’re determined to do more to help people understand their health,” said Jeff Williams, Apple’s COO. “Working alongside the medical community, not only can we inform people of certain health conditions, we also hope to advance discoveries in heart science.”