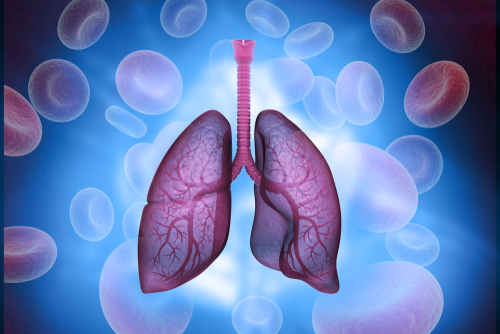 Under the terms of the deal, Arena Pharmaceuticals will receive $800 million up front and up to $400 million in potential milestone payments based on the achievement of certain regulatory events. This could potentially bring the agreement to $1.2 billion.

To cap it all off, Arena will receive low double-digit tiered royalties on annual net sales of ralinepag, a press statement said.

The deal is reportedly so huge that Arena says it is unlikely to go back to the market to raise more funds anytime soon.

Deal is for the global licensing of ralinepag

Ralinepag is a late-stage investigational drug, which Arena describes as a next-generation oral selective and potent prostacyclin receptor agonist in development for the treatment of pulmonary arterial hypertension (PAH).

Using data from Arena, the Biospace website said ralinepag was potentially a best-in-class agent for the treatment of PAH.

Ralinepag completed a Phase 2 clinical trial successfully and is now being evaluated for safety and efficacy in a Phase 3 advance programme.

Amit Munshi, President and Chief Executive Officer of Arena, said he believed ralinepag had the potential to transform the treatment of PAH, adding that Arena is “thrilled to partner with United Therapeutics, based on their long-standing, deep commitment to the PAH community. This transaction represents a significant milestone in the development of ralinepag and will strategically position Arena to aggressively advance our best-in-class pipeline, anchored by etrasimod and olorinab, with the focus and resources essential for long-term success.”

Patients with PAH have arteries in their lungs that have either become narrow or blocked.  This makes it difficult for blood to flow through them, thus raising blood pressure in the lungs. WebMD explains that in such an instance the heart has to work harder to pump blood through the arteries, but ultimately it will get weak leading to heart failure.

Causes of PAH are largely unknown. It commonly affects young women and without treatment, most patients die within five years.

Following the announcement of the deal, Arena’s stock rose by about 25 percent, while United Therapeutics’ stock rose about 6 percent.

Munshi later told analysts on a conference call that the “size and structure of the deal would put [Arena] in a completely different trajectory as we develop etrasimod and olorinab.”

Etrasimod is an experimental treatment for ulcerative colitis, a chronic disease that affects the large intestine. Arena is in process of planning for a Phase 3 trial of the drug, according to the company’s website. The drug is also being used in trials for the treatment of Crohn’s disease, primary biliary cholangitis and atopic dermatitis.

Following the deal with United Therapeutics, Arena is now likely to move along with the development of etrasimod, which has been described as its “crown jewel.”

Meanwhile, olorinab is being tested in a mid-stage trial as a treatment for pain associated with inflammatory bowel disease and irritable bowel syndrome. The company is planning for a Phase 2b trial.

United Therapeutics Chairman and Chief Executive Officer, Martine Rothblatt said they were impressed by the clinical development plan and U.S. Food and Drug Administration (FDA) coordination being managed by Arena.

“We have conducted extensive due diligence on ralinepag, applying our two decades of knowledge about PAH. We are confident that after achieving FDA approval via at least one of its several different potential regulatory pathways to success, this product will help greater than 10,000 patients annually from the 2020s and well into the 2030s, while complementing our existing portfolio of PAH therapies,” Rothblatt said.

United Therapeutics has already been working on PAH therapy. The company’s top selling drugs, Remodulin and Tyvaso contain the PAH treatment treprostinil as the active ingredient.

In September, United Therapeutics signed a PAH agreement with Mannkind Corporation to develop and sell dry powder treprostinil, an experimental treatment for the same condition.

“Under the deal terms, the Silver Spring, Maryland-based company agreed to pay a total of $95 million, consisting of an upfront payment of $45 million and potential milestone payments of $50 million,” the Alpha Street website reported.

A month earlier, United Therapeutics completed the acquisition of SteadyMed Therapeutics for up to $216 million, a deal that was first announced in April.

READ
The Best Eye Drops for Your Contact Lenses