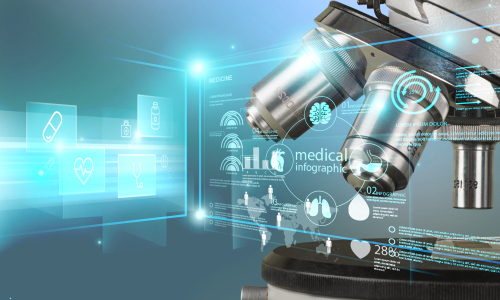 On August 30th Arvinas, a preclinical biotech that is developing protein therapies for metastatic cancers, filed with the SEC to raise up to $100 million in an initial public offering. It hopes to use ARVN as its symbol on the Nasdaq. Many companies in the industry have chosen this form of funding, for instance Principia Biopharma and Entasis Therapeutics, which we recently covered.

Arvinas, the New Haven, CT-based company founded in 2013, had $12 million in revenue for the 12 months ended June 30, 2018, according to www.nasdaq.com. Arvinas filed confidentially on June 22, 2018. Goldman Sachs, Citi and Piper Jaffray are the joint bookrunners on the deal. No pricing terms were disclosed.

This initial public offering comes soon after the company raised $55 million in a Series C financing.

John Houston, president and chief executive officer of Arvinas, stated, in an April press release, “This past year has been exciting for us with two clinical candidate nominations, the expansion of our collaboration with Genentech and the announcement of a new collaboration with Pfizer. With this additional financial support from existing and new investors who believe in our innovative protein degradation platform, we will continue executing on our strategy of progressing our lead programs to the clinic, expanding the use of the platform outside of oncology, and tackling undruggable targets.”

Arvinas is a pharmaceutical company focused on developing new anticancer drugs.  It also develops therapeutics to treat pro-inflammatory, autoimmune and rare diseases. The biotechnical approach Arvinas uses targets disease-causing proteins for degradation, and then eliminates them from the body.

The company bases its work on research conducted at Yale University by Dr. Craig Crews, Founder and Chief Scientific Advisor.  Using what is learned from this research, the company is translating approaches to natural protein degradation into novel drugs for use in treating cancer and other diseases.

The PROTAC-based drug paradigm uses a protein degradation strategy, rather than protein inhibition. This strategy holds several advantages, including the potential to target proteins that are not currently drug sensitive using a small molecule protein approach.This greatly expands the ability to create drugs for many new, previously unapproachable targets. For more information, visit www.arvinas.com.

Arvinas is working on an androgen receptor program, ARV-110, in castration-resistant prostate cancer.  The company is also working on an estrogen receptor program, ARV-471, in metastatic ER-positive breast cancer. The majority of the IPO funds is supposed to carry these assets into clinical trials; the remainder will go to expanding its protein degradation platform and conducting preclinical work for its earlier-stage programs, according to the company’s S-1 filed request.

Caution is needed, however, since degrading proteins might also backfire, some voices say. Researchers have to figure out not only whether a certain protein could be degraded, but also whether it should be. These bifunctional molecules “can give profound in vivo effects,” BenevolentAI’s Churcher cautions. “That can be a good thing if pharmacology gives you efficacy and a bad thing if pharmacology also gives you toxicity.” BenevolentAI is using artificial intelligence analysis tools to figure out which targets have the best chance of treating a disease without dangerous side effects.

With multiple protein targets, Arvinas’ PROTAC platform has demonstrated that a transient binding event within certain binding sites and affinities can result in very potent degradation of the target protein.

Protein degradation seems to be the new hot area of drug development. Other companies conducting similar research include C4 Therapeutics, Kymera Therapeutics, and Benevolent AI. In addition to Pfizer and Genentech, GlaxoSmithKline and Novartis are among other large companies interested in this area.

Arvinas originally partnered with Roche/Genentech in 2015. Two years later, the companies agreed to add more disease targets and expanded the collaboration. The revised deal gives Arvinas eligibility for more than $650 million in development and commercialization payments.  It is also eligible for income from tiered royalties on product sales.

In January 2018, Arvinas partnered with Pfizer to work towards the discovery and development of new drug candidates using PROTAC. As part of that plan, Arvinas was to be responsible for the discovery part of the program while Pfizer handled the clinical development and commercialization of any products identified. In that deal, Arvinas would receive up to $830 million in upfront, development and commercialization milestone payments, along with tiered royalty payments.

At the time, John Ludwig, Head of Medicinal Sciences at Pfizer, stated, “Protein degradation is an area of considerable interest for us, and we look forward to working with Arvinas to determine the potential applicability of this approach across multiple therapeutic areas.”