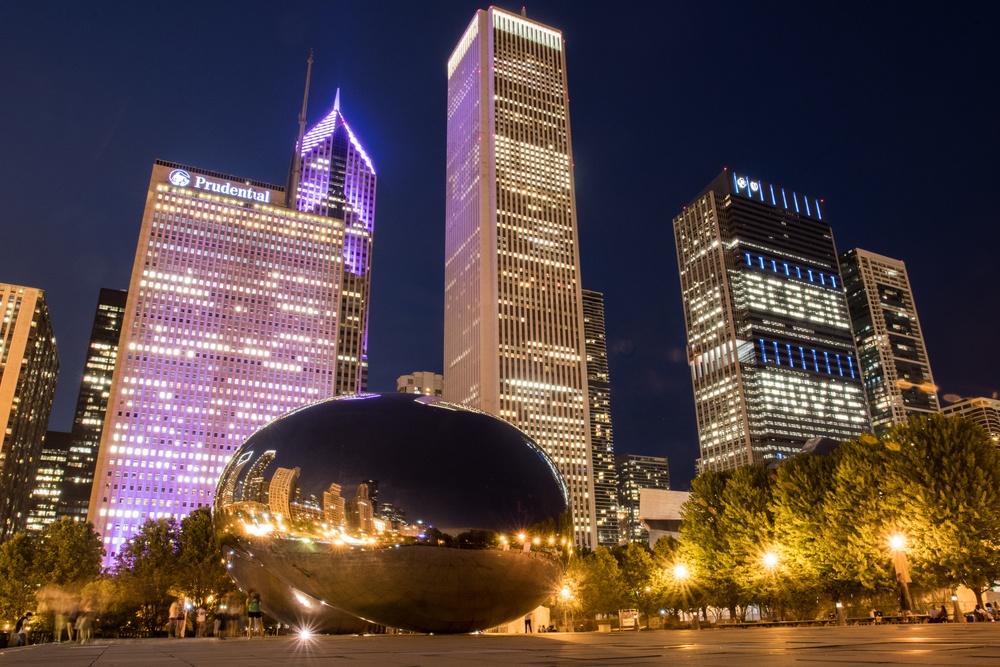 The gloom could have somewhat lifted on Chicago’s South Side; Blue Cross and Blue Shield of Illinois (BCBSIL) has announced plans to open a community health center and office space in the area, a venture expected to create 550 jobs.

In February, one hundred jobs were lost when Target shuttered two shops in the area despite efforts to keep the retail giant open on Chicago’s South Side.

Now BCBSIL is moving into one of the locations Target vacated in a development that could excite the local community and public officials.

BCBSIL, a division of Health Care Service Corporation (HCSC), said its planned multipurpose center on 119th Street and Marshfield Avenue in Morgan Park, will become its second South Side location following the opening of the Blue Door Neighborhood Center in Pullman in April.

The Blue Door Neighborhood Center is focused on making a positive impact on the health of people beyond the walls of hospitals and physician offices, while the new Morgan Park site will combine community health outreach with employee workspace, the company said in a statement.

A commitment to serving the community

“This center is the latest example of HCSC’s longstanding commitment to invest in the communities we are fortunate to serve. We are member-owned, so our focus is on the needs of our members and the communities in which they live – not shareholders. We are committed to improving the communities where we operate, which includes tackling health issues and societal factors, such as joblessness, that keep people from being their best selves,” Maurice Smith, President of HCSC said.

Smith added that the health insurer’s expansion into Chicago’s South Side was a demonstration of the company’s commitment to supporting and empowering local communities. He said most of the 550 jobs that will be created will be new positions.

The Chicago Tribune reported that BCBSIL planned to recruit for many of those new jobs from the surrounding communities through job fairs and other local opportunities. There are other health benefits for the local community too, because the center will offer free yoga and nutritional classes.

Jill Wolowitz, vice president of government relations and community affairs at BCBSIL said the move into Chicago’s South Side made the insurer more accessible to its employees who live across Chicago and Cook County.

“It makes us more visible and accessible to our members who live throughout Chicago, and we’re looking forward to providing some economic stimulus in a significant South Side neighborhood,” Wolowitz was quoted as saying.

BCBSIL expects construction at the 130,000 square feet site to begin later this summer, with the center expected to open in the second quarter of 2020.

BCBSIL signed a 10-year lease for the site that is owned and operated by DL3 Realty. The health insurer did not disclose the deal’s financial terms. A BCBSIL spokesperson pointed out, though, that the insurer did not receive government subsidies for the location.

Leon Walker, DL3 Realty’s managing partner, said: “We are excited to partner with Blue Cross and Blue Shield to reinvigorate Marshfield Plaza, and their impressive commitment of over 500 jobs will encourage other anchor institutions to venture south and explore new opportunities.”

For an area that lost 100 jobs when Target closed it shops, it was no surprise that public officials were enthused at the prospect of the employment opportunities that the center would create.

Mayor Lori E, Lightfoot said she was grateful to BCBSIL for “recognizing the bright talent and value available across Chicago.”

“This facility represents the type of collaboration, partnership and investment we need to improve the lives of residents while also boosting the economic development of our communities,” Lightfoot said.

Rep. Justin Slaughter (D-27) said BCBSIL was stepping in to bring back opportunities to people on Chicago’s South Side. Slaughter said he hoped the multipurpose center will create more downstream opportunities for other area businesses and help revitalize the local economy.

Samir Mayekar, Deputy Mayor of Economic and Neighborhood Development, City of Chicago, was enthusiastic about the economic opportunities that the new center would bring, saying the facility “will bring jobs, positively impact the health of the community, and revitalize the area – themes that should be the goal of every responsible development project.”

Target received massive criticism when it shut down its plant in February, facing claims that it was abandoning the South Side in favor of the upscale North Side. The retailer was offered tax incentives to remain on the South Side, but insisted that the decision to shutter the stores was due to performance.