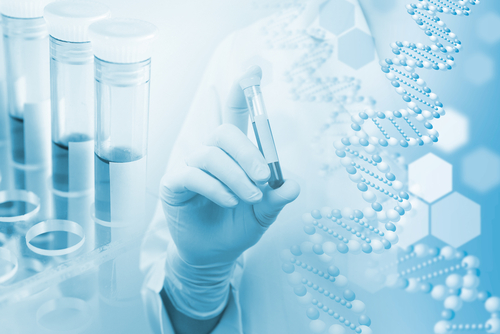 New York-based biotechnology firm, Black Diamond Therapeutics has raised $85 million in an oversubscribed Series B financing round, with the money set to be used to advance the company’s pipeline products.

Black Diamond, a biotechnology company developing next-generation precision medicines for cancer, said the money raised from the financing round will be used accelerate its pipeline and to “expand its mutation, allostery and pharmacology (MAP) computational and discovery platform for identifying and targeting allosteric oncogenic mutations.”

Black Diamond will also use the money to advance two-to-three existing development candidates into clinical trials in the next 24 months, and bolster its platform’s ability to rapidly identify precision medicines for mutant cancers intractable to standard care, the company said in a statement.

In addition, Black Diamond will use some of the money to finance a move to Cambridge, Massachusetts, where it will establish its new corporate headquarters.

The financing round was co-led by New Enterprise Associates and RA Capital Management. Founding investor, Versant Ventures also participated in the financing round, while new investment funds came from NexTech Invest, The Invus Group and Perceptive Advisors.

Black Diamond Chief Executive Officer and President, David Epstein said they were pleased to have support from blue chip investors “who recognize our potential to discover and produce transformative therapies that will help millions of people with cancer based on our unique and powerful MAP platform. We are now well-resourced to advance our lead programs and set the course for clinical success.”

Epstein expects the money to last the company for at least two years and expects it will support the company through at least proof of concept in a subset of patients in at least one tumor type.

Behbahani said: “Black Diamond has tremendous potential to usher in the next step-change in targeted cancer therapies, and this investment represents a chance to build a new type of precision medicine oncology company.”

The startup is a “cancer precision medicine company which develops selective medicines for patients with genetically defined cancers driven by oncogenes activated by allosteric mutations.” It has so far developed five drug programs, including three that have progressed compounds through lead optimization or into IND-enabling studies.

The company said “the fourth and fifth programs are in lead identification. Black Diamond’s first two disclosed programs are targeting groups of EGFR and HER2 allosteric mutants.”

Black Diamond has raised $105 million since emerging from stealth mode in December 2018. It raised $20 million in its financing round. The company was incubated at Versant’s Basel-based Ridgeline Discovery Engine.

Alex Mayweg, a partner at Versant and a member of Black Diamond’s board, said: “As a new company in an important field of novel cancer medicines, Black Diamond is a premier example of Versant’s three key differentiating features – a focus on breakthrough innovation, geographic reach and company creation capabilities. We are very pleased to support a company that has an exceptionally powerful platform able to fuel its growth and pipeline for the foreseeable future.”

How the MAP platform works

During its time in stealth mode, Black Diamond built and established proof of concept for its MAP platform to uncover, discover and target allosteric mutant oncogenes.

As it emerged from stealth mode, the company hinted that it was finalizing a fresh financing round with additional investors that was expected to be announced in 2019.

The MAP platform seeks to map allosteric mutations driving cancer to develop inhibitors that are tumor agnostic. With genomic profiling and sequencing of cancer patients becoming standard, the company said its “MAP can pinpoint new druggable mutation baskets from the thousands of lesions identified across genes and patients, and can create high-impact precision medicines. Some of the allosteric mutation baskets represent two-to-15 percent of patients in a given tumor tissue or across tumor sites.”

“Oncogenes — which have the potential to cause the growth of cancer cells — are activated by kinase domain mutations or by allosteric mutations. Allostery is a common process by which proteins transmit the effect of binding at one site to another, often distal, functional site, allowing for regulation of activity,” the Endpoints News website explained.

In addition, Endpoints News further explained that while inhibitors used to suppress kinase domain mutations were “considered standard-of-care treatment for many types of cancer, allosteric mutations are still uncharted territory.”

READ
How Nathaniel David is Transforming the Healthcare Industry