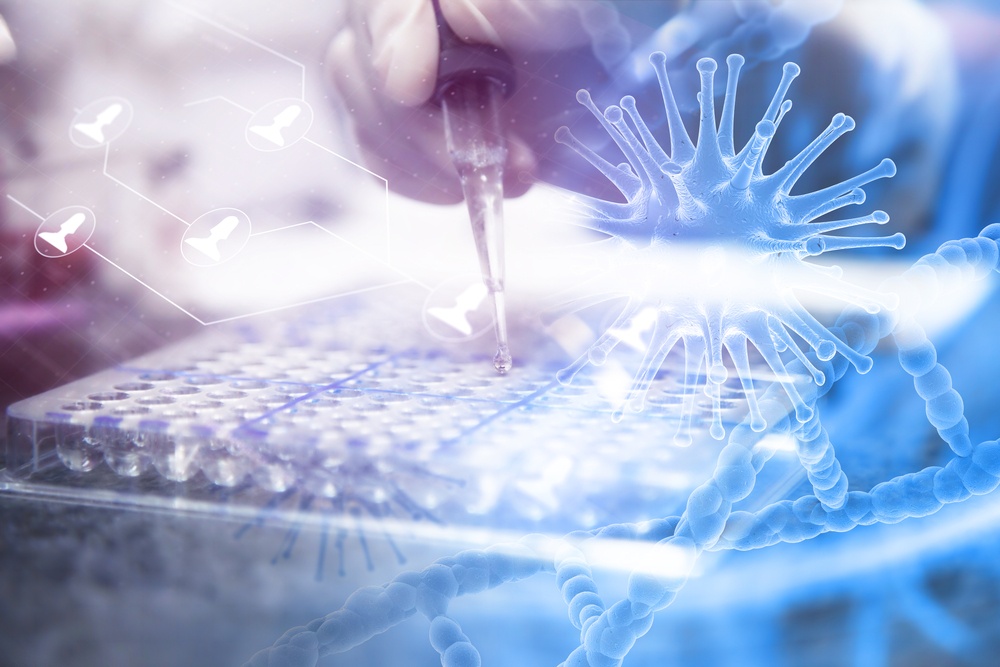 Researchers could be on the verge of finding a cure for HIV after being able to use gene editing techniques to eliminate the virus from mice. This is the first time such a feat has been achieved.

For a study published in the journal, Nature Communications, researchers from Temple University and the University of Nebraska Medical Center said they used a combination of CRISPR gene-editing technology and a therapeutic treatment called long-acting slow-effective release antiviral therapy (LASER ART) to remove HIV DNA from the genomes of animals.

“We think this study is a major breakthrough because it for the first time demonstrates after 40 years of the AIDS epidemic that the HIV disease is a curable disease,” the study’s co-author Kamel Khalili, who is also the chair of the department of neuroscience and director of the Center for Neurovirology and the Comprehensive NeuroAIDS Center at Temple University, said.

The researchers say that what makes the results of their study impressive is that they used mice whose immune systems mimicked that of humans. Twenty-three mice were injected with human bone marrow; HIV was eliminated in nine of these mice.

Khalili said they were confident with the outcome of their study and were “very pleased to see that in small animals, using the technology and method we developed, one can achieve what we call a sterilizing cure, or elimination of the virus.”

How the technique works

In explaining their approach to the disease, Khalili explained that: “Over the years, we have looked at HIV as an infectious disease. But once it gets into the cell, it’s no longer an infectious disease but becomes a genetic disease, because the viral genome is incorporated into the host genome. In order to cure the disease, we need a genetic strategy. Gene editing gives us the opportunity to eliminate viral DNA from host chromosomes without hurting the host genome.”

CNBC explained CRISPR-Cas9 is a gene editing tool that is being touted as a breakthrough technology that can help researchers treat or potentially cure genetic diseases. The tool gives scientists the ability to change an organism’s DNA, so they can add, remove or change certain genetic material. LASER ART was described as a super form of ART that keeps replication of the virus at low levels for longer time periods.

The researchers used the two treatments concurrently, it was explained. They started by administering the LASER ART to reduce HIV growth. After this, they used the CRISPR treatment as a “chemical scissors” to “eliminate the residual integrated HIV DNA still present.”

“While ART has transformed HIV-1 infection into a chronic treatable disease, [the] virus persists in tissues that include the gut, lymph nodes, brain, spleen amongst other sites. The inability of ART to eliminate the virus in these tissue sanctuaries remains the major obstacle towards a disease cure,” the study said.

“We’re going at the root cause. We’re going after the virus that’s already integrated in the genome of the host cell,” Howard Gendelman, one of the study’s co-authors and chairperson of the University of Nebraska Medical Center’s pharmacology and experimental neuroscience department and director of the Center for Neurodegenerative Diseases, said.

Human trials on the horizon

The scientists are now taking their research further, with the CRISPR and LASER ART combination now being tested on non-human primates. Khalili is optimistic that clinical trials for the gene-editing component of the cure could start as early as mid-2020. This depends on approval from the U.S. Food and Drug Administration.

While the elimination of HIV in mice is being celebrated, Steven Deeks, a professor at the University of California at San Francisco, expressed cautious optimism, warning that using gene editing on humans will be far more challenging.

“Scientists will have to grapple with more variations in the virus, more difficulties in delivering the gene-editing technology and the possibility of cutting up human genes while trying to target HIV, Deeks was quoted saying.

A cure for HIV has remained elusive, almost four decades after the virus was discovered. There have been some advances in finding a cure, although these have been slow and sometimes frustrating. Earlier this year, it was announced that a second person, known as the “London Patient” had been free of the HIV virus for more than a year since receiving a bone marrow transplant from a donor who had a specific gene mutation that prevented HIV from taking hold.

This followed up on the “Berlin patient” who has been free of HIV since 2007.

Last year, Israeli biotech company, Zion Medical announced the results of the first clinical trial of HIV-drug Gammora, which it claimed eliminated up to 99 percent of the HIV virus within four weeks.