The Southern Illinois Healthcare Memorial Hospital of Carbondale (SIH) has acquired a new top-of-the-range Da Vinci XI Robotic Surgery system, an upgrade of the system that has been in use since 2011.

The Da Vinci Xi, which has four arms, has been in use since mid-January and is used by the 14 robotically-trained SIH surgeons.

“The advantage of having four arms is the fourth arm allows you to assist yourself. You need an extra hand to hold an organ or structure on that diagonal plane so that you can continue the surgery,” minimally invasive endourologic robotic surgeon, Don Arnold was quoted saying.

Arnold said the Da Vinci Xi allowed surgeons to do complex surgeries in quadrants, “or places in the body, with relative ease. It allows patients to go home with little to no narcotics, and it allows people to get out of the hospital faster.”

Among the benefits of using the robotic system is that patients experience less scarring, reduced recovery times, less risk of infection, reduced trauma to the body, shorter hospital stays and less blood loss.

In addition, surgeons do not need to perform invasive surgery in cases that would have previously needed open surgery.

“With the new Robot XI, it was a surgery where you remove the left kidney. The patient had very minimal blood loss. The patient was admitted into the hospital today and will likely go home in the next 24 to 48 hours,” Arnold said, adding they were beginning to see success from using the robotic system.

This is a view shared by oncologist, Suven Shankar who said that because of the robot’s less invasive nature, patients recover quicker. This is especially important for those on cancer treatment. “Surgery is not their only treatment. They have all these other treatments they have to go on to,” he said.

Shankar is the only surgeon in Illinois, south of Effingham, and the St.Louis area to robotically remove the esophagus or parts of it.

While the surgeons are excited about using the new robot, they conceded that it does take a while to get used to the system. The surgeons had to practice on a simulator to learn how best to interact with the robot.

They also insist that although the robot is helping with surgeries, surgeons are always in full control and direct the way it operates.

Another concern for surgeons is that, with the robot, they do not feel the resistance from body tissues. “You cannot feel, so you don’t have that happy feedback. You don’t feel the tension that you’re actually putting on the tissue, so this is very much taking a lot of exercise and time of getting used to the technology,” Adrian Martin, a surgeon, said.

Martin added that the technology made stitching sutures quite difficult.

How the Da Vinci XI works

But unlike the older one, which had three arms, the newer model has four.

In explaining how the arms work, Arnold said one arm holds the endoscope or camera, two arms hold surgical equipment, while the fourth arm moves diagonally. “It is used to hold tissue in a better location for the procedure, something a person’s hand might do during an open surgery,” it was reported.

The hospital describes the Da Vinci system as “a sophisticated surgical platform designed to facilitate complex procedures using a minimally invasive approach. The Da Vinci technology allows surgeons to perform complex procedures through just a few tiny incisions. As a result, patients may get back to their lives faster without the usual recovery following major surgery.” 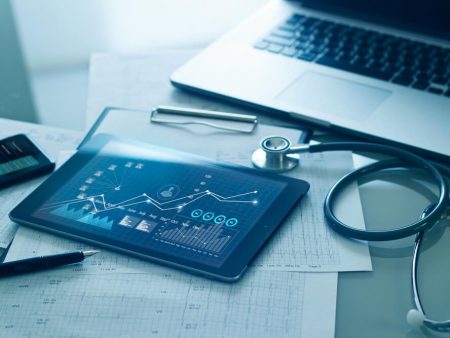