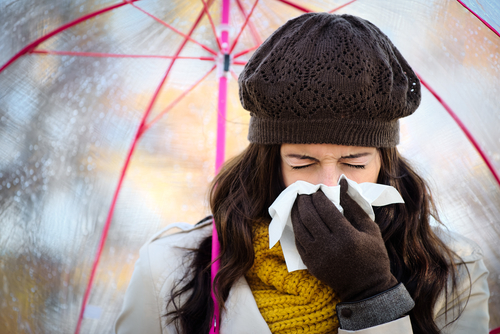 A new type of flu drug is about to be introduced to the American health market.

Xofluza is the first drug of its kind that U.S. health regulators have approved in two decades.

The announcement which was made Wednesday, Oct. 24, brought relief among

physicians and patients who are bracing for winter flu season.

“This is the first new antiviral flu treatment with a novel mechanism of action approved by the FDA in nearly 20 years,” said Scott Gottlieb, commissioner of the Food and Drug Administration (FDA). “This novel drug provides an important, additional treatment option.”

Having options to combat flu viruses is essential since viruses can become resistant to antiviral drugs.

One dose, potent enough to keep the flu away

Developed by the Roche Group and Shionogi & Co. for people ages 12 and older, Xofluza can reduce severity and shorten duration of flu symptoms after just one dose. In contrast, Tamiflu, Roche’s older flu treatment, which is still available in cheaper generic versions, needs to be taken twice daily for five days for maximum results.

The drug was tested on over 1,000 people with great results. Within the recommended 48 hours from taking it, subjects said they stopped coughing and sneezing and their fever went away.

Another group that received Tamiflu fared similarly. The only difference was that Xofluza, also known as baloxavir marboxil, reduced the level of the virus in patients’ nose and throat quicker. It also worked against both Type A and B flu strains. As for side effects, Xofluza’s were mild and similar to its drug predecessor — diarrhea, nausea, headaches, and bronchitis.

While the drugs proved to be almost equally potent, the need for a single dose makes Xofluza a more convenient alternative.

The drug has a novel mechanism of action against viruses. Xofluza targets an enzyme needed to synthesize the proteins that form new viruses. Tamiflu on the other hand, blocks a protein that enables newly made viral particles to spread through the respiratory tract.

Relenza inhalers and Rapivab injections also are available for treating the flu.

Gottlieb warned that while the FDA approved several antiviral drugs to treat the flu, none of them can replace the yearly vaccine. “Yearly vaccination is the primary means of preventing and controlling flu outbreaks,” Gottlieb added. The Centers for Disease Control and Prevention (CDC) says people should get vaccinated by the end of October.

Taking preventative measures against influenza viruses which cause the flu is more important than ever.

Health officials estimated that 80,000 Americans died of the flu last winter, a record number in the last four decades. About 183 of the victims were children.

This year, the high demand for Tamiflu led to spot shortages, hence Roche’s plans to launch Xofluza within a few weeks. The drug will cost $150 without insurance. Roche acquired the global rights to the drug from Shionogi & Co., which will sell it in Japan and Taiwan.

More tests are underway to determine whether the new drug is better than Tamiflu when it comes to preventing spread of the flu to others. Also, researchers are currently trying to find out if Xofluza is a better alternative for treating patients at high risk for hospitalization and pneumonia, such as people with diabetes, lung disease, pregnant women, young children, or the elderly.

Some doctors are skeptical about this new flu drug and its promise to shield people from disease with a single dose.

“Resistance seems to develop fairly readily, and the drug seems not to be as effective against influenza B strains,” said William Schaffner, professor of infectious diseases at Vanderbilt University School of Medicine in Nashville.

From an investment point of view, the drug is likely a risky bet. Xofluza’s “commercial potential is moderate,” said Atsushi Seki, an analyst with UBS AG in Tokyo.