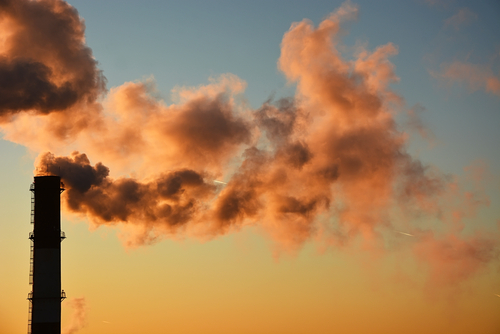 Sterigenics, which focuses on the sterilization of medical devices, operates a plant in Willowbrook. State officials say the facility is harming both the environment and the residents by emitting high levels of ethylene oxide (EtO).

Madigan and DuPage County State’s Attorney Robert Berlin, who filed the lawsuit, said they “seek to ban Sterigenics from further air pollution violations and seeks an operating or emission limit that fully protects human health and the environment.” Their complaint shows Sterigenics released more than 254,000 pounds of the chemical into surrounding neighborhoods between 1993 and 2017.

Ethylene oxide (EtO) is as a chemical used as a sterilant in the medical device and food industries. Hospitals use it to sterilize surgical equipment and plastic devices that can’t be sterilized by steam.

For humans though, exposure to ethylene oxide can have life-threatening adverse effects such as an increased risk of lymphoid cancer and breast cancer. The Environmental Protection Agency (EPA) has concluded that ethylene oxide is “carcinogenic to humans by the inhalation route of exposure.” Depending on the season, EtO’s estimated half-life in the atmosphere is between 69 and 149 days depending on the season.

EtO is highly reactive, readily absorbed, and easily distributed in the human body. Even low levels of this chemical can take a toll on human health. Workers exposed to ethylene oxide at low levels for several years, for example, reported irritation of the eyes, nose, throat, and lungs, as well as effects to the nervous system including headaches and memory loss.

“For too long, Sterigenics emitted a dangerous, toxic chemical into the air putting the public’s health at risk,” Madigan said.  Berlin argued that Sterigenics has been releasing ethylene oxide gas into the atmosphere since 2006, putting in danger the lives of nearly 20,000 people living within one mile of the alleged release.

“The issue of clean air is not negotiable,” Berlin said.

In the U.S., the air pollution is driving down life-expectancy. Forecasts made by the Institute for Health Metrics and Evaluation (IHME) show that while America will see an increase of 1.1 years by 2040 reaching an average lifespan of 79.8 years, the country will actually fall 21 places, from 43rd to 64th.

This is not the first time Sterigenics has come under scrutiny over alleged toxic air pollution violations.

In 2016, EPA updated its assessment of the risk posed by EtO emissions. Two years later, in August 2018 National Air Toxics Assessment (NATA) report was released. The report listed Willowbrook among the communities exposed to high and unsafe levels of this chemical.

Around the same time, the Agency for Toxic Substances and Disease Registry (ATSDR) recommended further investigation to see whether there are elevatedcancers in the population surrounding the Sterigenics facility. Sterigenics took immediate measures.

The company installed new pollution controls at its Willowbrook site and has since performed new stack testing to ensure that emissions don’t exceed legal levels. Those tests, Sterigenics said, revealed that EtO was within limits – 0.10 parts per million (ppm). The U.S. EPA is now trying to figure out whether this is true or not.

Meanwhile, Willowbrook residents are taking this matter into their own hands: they plan to file a class-action lawsuit for civil battery and public nuisance.

Stories about diseases caused by EtO are pouring in. Andrea Thome, a former broadcast journalist, said her parents were perfectly healthy before moving to Willowbrook, in 2007. “Several years later, my mother died of liver disease. She was a vegetarian who didn’t smoke or drink,” Andrea said. “But she liked to open the windows in her home, one mile away from Sterigenics.” Andrea’s dad was recently diagnosed with a brain tumor.“

What’s Sterigenics stand on this? Any lawsuit, Sterigenics explained, might cause a disruption to the operations of the Sterigenics Willowbrook facility. This in return will put patients’ lives at risk, since their sterilization process is the only one approved by the Food and Drug Administration (FDA) for sanitizing many vital medical instruments.

”We will vigorously defend ourselves against this lawsuit,” Sterigenics said in a statement.