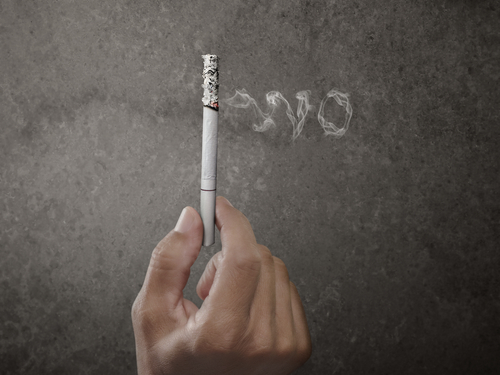 Illinois 35th in hierarchy of funding tobacco use prevention for kids

Nationwide, Illinois ranks 35th in funding for programs to prevent youths from using tobacco and to help smokers quit, according to a report released in mid-December by leading public health groups.

Since the 2019 National Health Index recently released by Healthgrades ranked Chicago as the 54th best city in the country for healthcare, there is still room for improvement, and smoking policies might be a good way to do that.

Seven associations and foundations focused on analyzing tobacco-related health issues came together to work on the report – “Broken Promises to Our Children: A State-by-State Look at the 1998 Tobacco Settlement 20 Years Later”. The Campaign for Tobacco-Free Kids, American Cancer Society Cancer Action Network, American Heart Association, American Lung Association, the Robert Wood Johnson Foundation, Americans for Nonsmokers’ Rights and Truth Initiative all contributed to the report. 2018 was chosen for the release because exactly two decades have passed since the landmark 1998 legal settlement between tobacco companies and the states. Under that agreement, the companies were obliged to pay over $200 billion within a certain period of time as compensation for tobacco-related health care costs.

The novelty of this paper is the data concerning the growing epidemic of youth e-cigarette use in America, which the present report challenges states to acknowledge. The need to do more to fight regular tobacco use is also highlighted.

Who are the Americans most affected by tobacco addiction?

Smoking is  responsible for about 1 in every 5 deaths, and is the leading preventable cause of disease and death in the U.S. Health problems smokers and passive smokers experience include increased risk of developing heart attack, stroke, lung cancer and many other cancers.

Anti-smoking campaigns and regulations are proving effective, since fewer Americans are smoking and those who do smoke are smoking less than in previous years. However, the report stresses that continuous efforts are needed because 25 percent of all adults are still smoking, and so are nearly 1 in 6 young people.

Even though smoking within the US has reduced to record lows – 14 percent among adults and 7.6 percent among high school students – each year, tobacco use causes about $170 billion in health care expenses. Despite all efforts to treat tobacco-related health conditions, more than 480,000 Americans lose their lives to such conditions each year.

There are still significant disparities between the smoker and non-smoker categories, the report says that smoking rates are higher among people with lower income and less education, with the Midwest and South being more affected than other regions. Also, certain minority groups such as American Indians/Alaska Natives, members of the LGBT communities, those who are uninsured or are on Medicaid, and those with mental illness count more smokers among their numbers than the rest of the country.

According to the report, the e-cigarette smoking epidemic among young people skyrocketed by 78 percent this year, rising to 20.8 percent.  Most of this growth was attributable to Juul, a very popular product, which comes in various flavors and is easy to dissimulate. This e-cigarette also delivers a high dose of nicotine, which makes it very desirable to high school students. In 2018, more than 3.6 million middle and high school students were smoking e-cigarettes – an alarming increase of 1.5 million in just one year.

States can decrease tobacco use nationwide by funding tobacco prevention and cessation programs at the CDC’s recommended levels. Reality check: most states are still far behind in the program, and health issues do not wait for any new regulations.

Urgent measures are needed in Illinois also. The state of Illinois has spent $9.1 million in 2018 on tobacco prevention and cessation programs, which is just 6.7 percent of the $136.7 million recommended by the Centers for Disease Control and Prevention (CDC).

Even though it will collect $1.1 billion in revenue this year from the 1998 tobacco settlement and tobacco taxes, Illinois will only spend 0.9 percent of it on tobacco prevention programs.

In the current budget year, Fiscal Year 2019, the states will collect $27.3 billion from a combination of the tobacco settlement and taxes in Fiscal year 2019, but the budget for programs to prevent kids from smoking or encouraging them to quit will only get 2.4 percent of that amount.

“Illinois is putting kids’ health at risk and burdening taxpayers with higher tobacco-related health care costs by continuing to shortchange tobacco prevention programs,” said Matthew L. Myers, President of the Campaign for Tobacco-Free Kids. “Illinois leaders cannot let their guard down as tobacco is still the No. 1 cause of preventable death and e-cigarettes threaten to addict another generation. To help win this fight, Illinois should raise the tobacco age to 21 and do its part to make the next generation tobacco-free.”