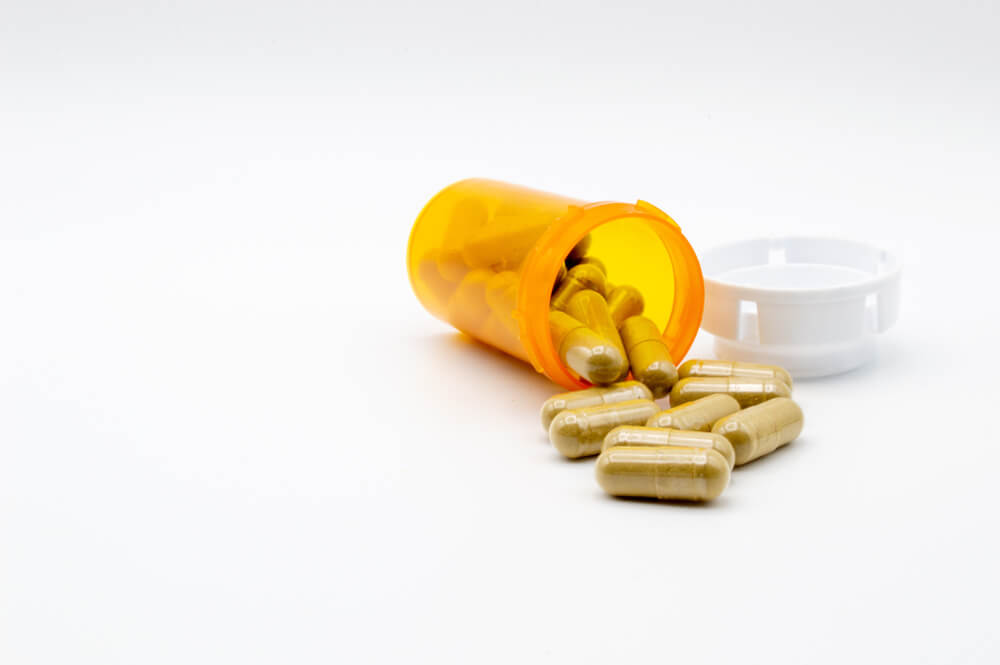 12 Things You Should Know about Kratom Withdrawal Symptoms

Are you wondering about the signs and symptoms of kratom withdrawal?

While kratom withdrawal is not considered dangerous, there are certainly things you should know about the process. However, before we consider some of the symptoms to keep in mind, let’s take a look at why you might want to know any of this in the first place.

According to the FDA, kratom contains properties that can have a similar impact on nerve cells as opioid painkillers. As you may know, opioid withdrawal is quite horrendous, which is exactly why many doctors are quick to warn about the potential risks associated with kratom withdrawal. That being said, scientific studies are few and far between and many experts play down the supposed dangers associated with the use of kratom.

The truth is, we might not know everything, but we do know how or why kratom works:

What is Kratom and How/Why Does it Work?

Kratom is a herbal supplement that comes from a tropical tree in Southeast Asia. More specifically, this tree grows in Thailand, Indonesia and Malaysia, and the leaves of this plant have been in use in traditional medicine for many years. What’s more, kratom is often used to make herbal tea, and many locals from these areas even chew kratom for a boost of energy or even just to lift their general mood.

However, in recent times, kratom has been the focus of recreational use. That is to say, the plant is now being used to produce energy pills and is often ground up in a similar way to tobacco. With this in mind, the plant is considered a controlled substance in many countries and the FDA has requested scientific studies to better determine the implications of kratom usage.

Now, let’s consider some things you should know about kratom withdrawal in particular:

1. Kratom Withdrawal is Uncomfortable but Not Dangerous

It’s true that most people experience similar symptoms when they stop using kratom. As a rule, these symptoms are mild and similar to a bad cold, and most doctors say that hospitalization or medical assistance is not needed for kratom withdrawal. That being said, every circumstance is different, and this is certainly true for those with special medical requirements.

2. Alternatives Might be Better for Managing Mental Health Issues 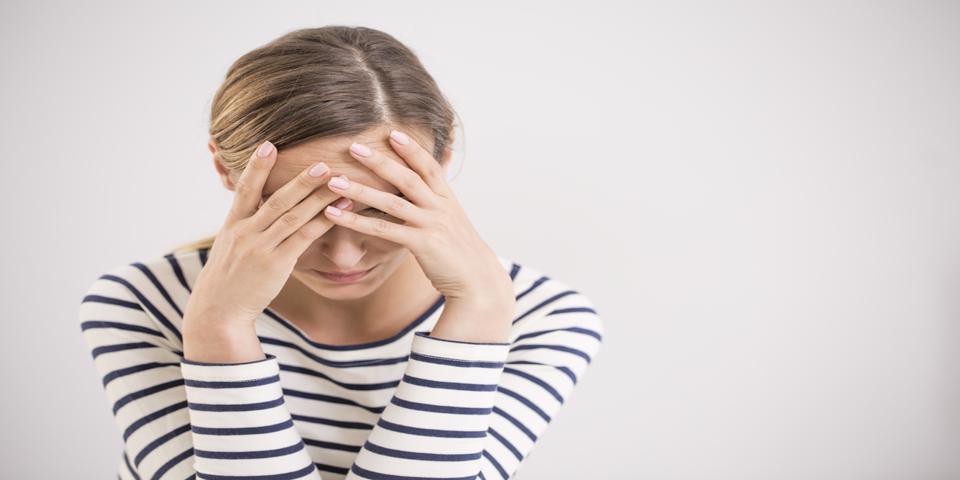 For some users, kratom is a means of self-medicating for a mental health disorder such as anxiety or depression. Whether this strategy is working or not, users should know that kratom might not be the right solution. That is to say, after kratom withdrawal, that person might want to consider an alternative. In case you might be wondering, a combination of prescription medication and therapy can sometimes help manage these health disorders better than kratom.

3. Online Forums for People Who Want to Quit Kratom 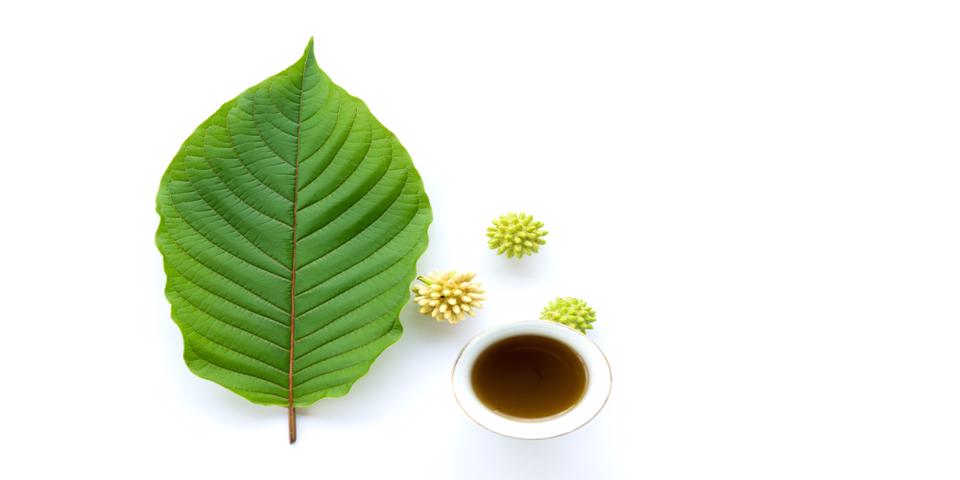 Believe it or not, there are many online forums and communities that people are using as encouragement to quit kratom. For those in the midst of withdrawal, these resources can prove invaluable and informative at the very least. Just so you know, r/quitting kratom and r/kratom are two of the most popular communities on Reddit, with a combined user base of 68,000 members!

READ
Is Kratom Legal in the US? What You Need to Know

4. Consulting a Doctor is a Good Idea 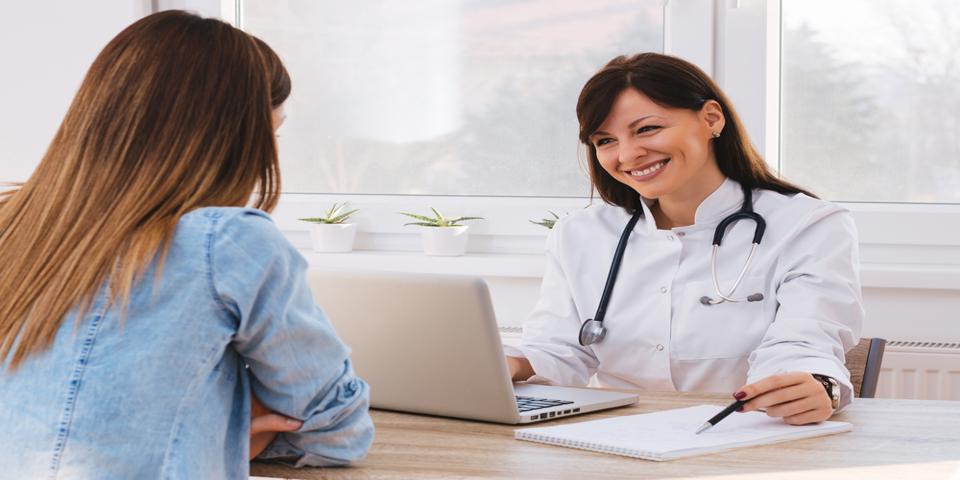 Conclusive studies about the use of kratom have yet to surface. With this in mind, it’s a good idea to consult a doctor about the withdrawal process. For instance, people who’ve struggled with drug abuse might be using kratom to get off opioids, also leaving them open to an opioid relapse.

5. Kratom Withdrawal is Most Often Mild

Withdrawing from kratom is not only less common than opioid withdrawal, but also a much shorter process and less severe. In fact, not every kratom user will experience this withdrawal process and this is certainly true in terms of moderate users. As already discussed, these symptoms will usually feel similar to the common cold.

6. Symptoms Associated with Withdrawal from Kratom 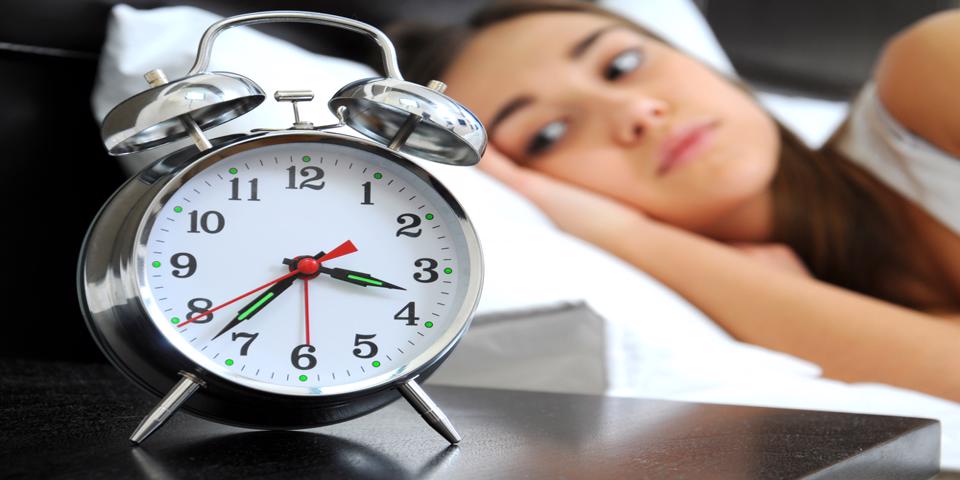 Some of the most common signs include runny nose, sweating, fatigue, anxiety, cramps, nausea, insomnia, vomiting, diarrhea and muscle aches. Needless to say, these will not always appear and the extent of these symptoms will change from one person to the next.

7. Withdrawal Can Last up to Three Days

Studies suggest that withdrawal symptoms typically appear within forty-eight hours for most users. In most instances, it takes up to three days for symptoms to disappear.

8. Withdrawal is Usually the First of Many Steps

As with any form of withdrawal, quitting kratom is usually the first of several steps. This process is not as severe as the likes of opioid withdrawal, but people can still feel uneasy in the weeks and months that follow. While not everyone will struggle with this period, that’s not to say the likelihood of these symptoms continuing is any less for every other user.

9. Withdrawal Could Be Followed by “PAWS”

Post-Acute Withdrawal Syndrome (PAWS) can happen when a person is withdrawing from various substances. During the weeks and months after withdrawal, this can cause the individual to experience side effects such as insomnia, and anxiety and/or depression. This condition will also come and go during this time, which makes it difficult to diagnose.

10. There Are Two Ways to Quit Kratom 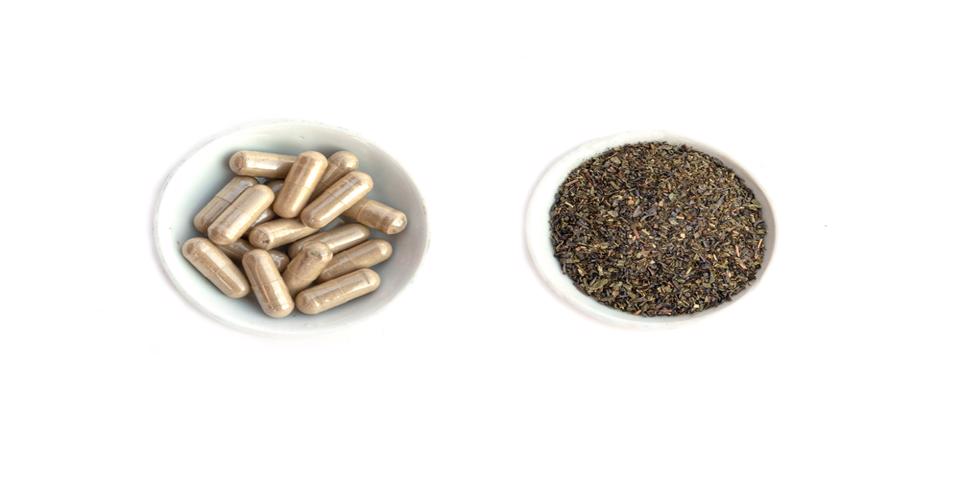 Kratom withdrawal is more difficult for some than others. In terms of quitting, users can either quit “cold turkey” or slowly reduce their dosage over time. When it comes to the latter, this simply means that a smaller amount of kratom is used each time, or that it’s taken less often. However, the person/situation determines the extent of dosage and also the duration of this process.

11. Medications Can Be Used to Treat Kratom Withdrawal

Several medications can be purchased over the counter to assist with kratom withdrawal. While this list is rather long and inconclusive, painkillers, sleeping aids and anti-diarrhea medications account for most of these. Either way, always seek advice from a trained professional.

12. Showering and Walking Can Help during Withdrawal 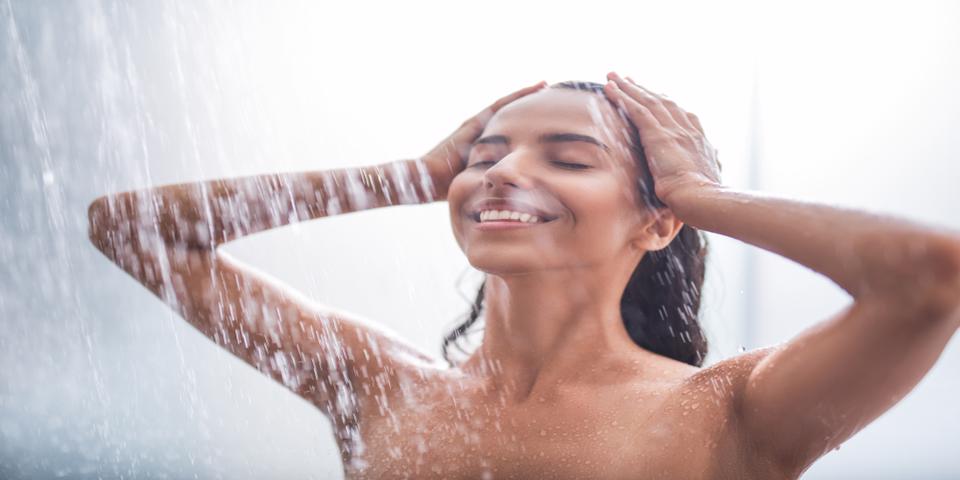 Kratom withdrawal will often leave a person feeling anxious, tired or depressed. With this in mind, a quick shower can help soothe muscles or boost the mood. Similarly, going for a short walk can help relieve certain symptoms and certainly act as a form of distraction.

Now, you might be wondering if kratom is similar to psychoactive drugs?

Debating Safety, Regulation and the Future of Kratom

Debate continues in terms of the safety of kratom. While many experts are concerned about the psychoactive compounds in the substance, just as many believe that kratom can be used to combat the opioid epidemic in the United States.

For the most part, kratom is considered a stimulant as opposed to a drug, and many users claim that kratom is useful for pain relief or to alleviate health conditions such as PTSD and arthritis. In many ways, you might even compare the current kratom situation to the CBD oil craze, for even the most respected experts had opposed this substance until scientific evidence debunked their respective views.

In fact, Kratom is held in high esteem for good reason. After all, kratom is a natural herb that comes from a tree in the coffee family. Along with being used in traditional medicine since the nineteenth century, the herb is used to brew tea, a usage which is growing in popularity in the Western world. You will also find many varieties of this herbal tea and Golden Monk is a good starting point for those who wish to buy or know more about the kratom used in brewing tea.

Believe it or not, many doctors even suggest that taking kratom is safer than using illegal opioids or prescription drugs. According to some professionals, an overdose of opioids makes it impossible for the individual to breathe. Meanwhile, kratom is unlikely to cause an overdose, and even a large dose of kratom will not affect the respiratory system.

Finally, kratom is still federally legal in the United States and the DEA has yet to decide whether to ban the substance or not. In short, more scientific studies are needed to help make this decision and no concrete outcome is likely until the results are clear.

It might be tempting to take time off work etc, in order to deal with kratom withdrawal. However, kratom withdrawal is not considered a dangerous process, and keeping busy is arguably the best way to persevere through this experience.

If concerns or problems arise, by all means consult a doctor, and there might be a chance that therapy or medication is provided to help navigate the process. Most importantly, withdrawal takes time but nothing can substitute for perseverance. Remembering why you quit is the key to a successful kratom withdrawal. 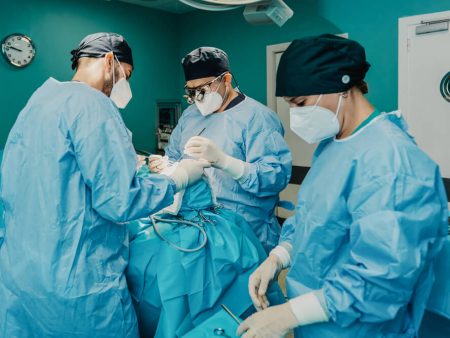 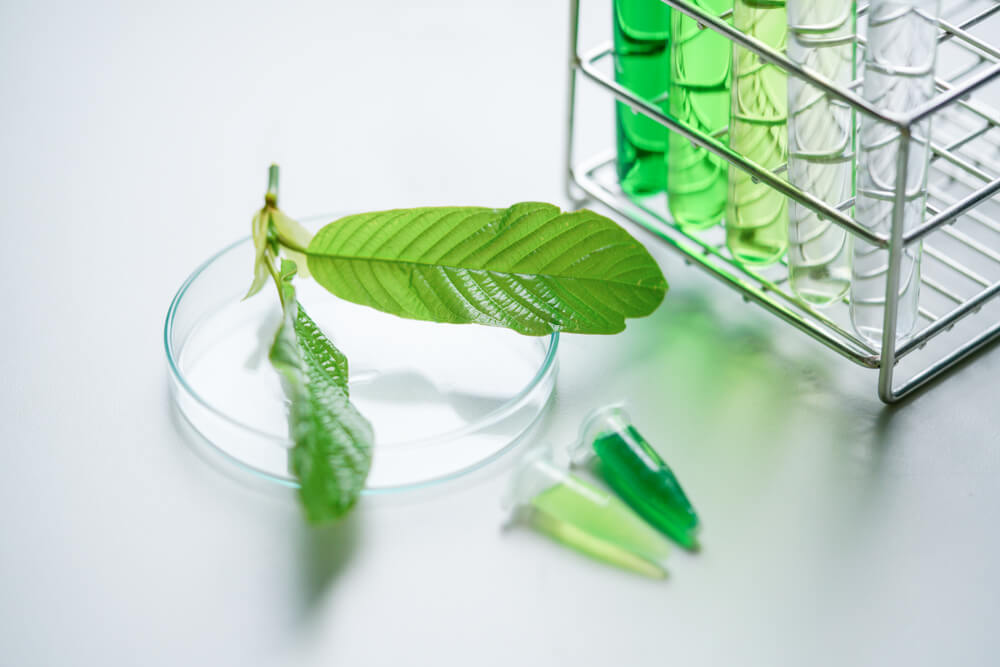