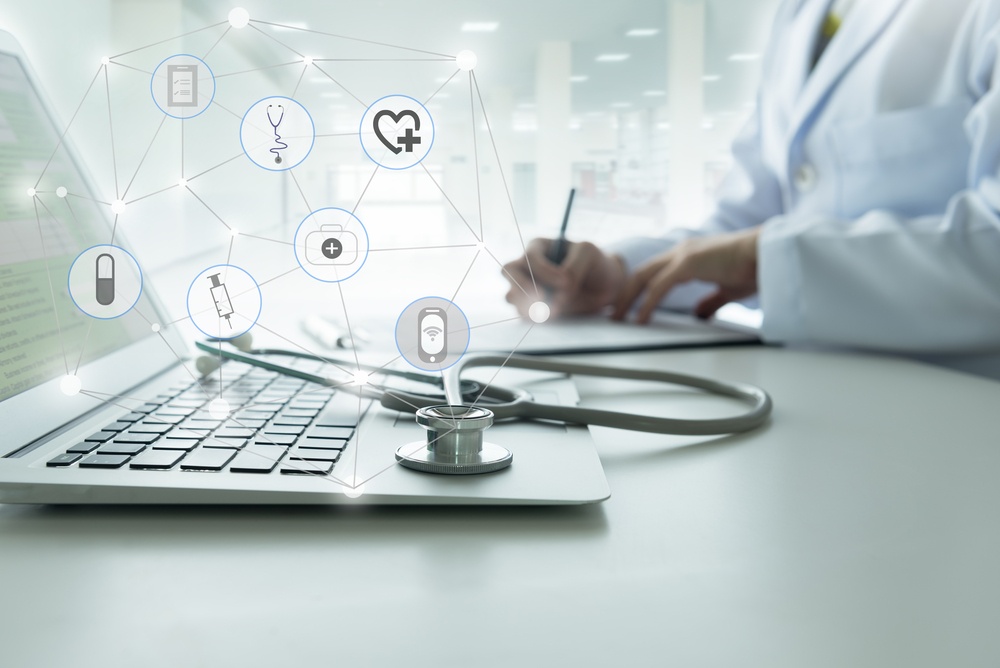 French startup Lifen is raising $22.7 million (€20 million) from a funding round led by Partech, with the support of existing investors Serena and Daphni, and the added contribution of Idinvest Partners and Majycc eSanté Invest.

Most of the French healthcare industry is still dependent on old fashioned physical letters requiring stampage and delivery via classic post. Lifen intends to offer hospitals and individual practitioners a way to be economically savvy, by using digital letters to lower costs and save time.

Since saving time and money by reducing the huge amount of paperwork involved with patient care and its related costs also represents a significant concern for US healthcare , it is important to see whether the Lifen model could be applied and if it would be more profitable than other solutions.

The hope is to make communication of data easier in the medical world. This is not an easy task to accomplish when taking, all the complexity of health related information into account.

The mobile health market (“mHealth”) is projected to hit $117 billion by 2020 and 86 percent of clinicians believe mobile apps will be central to patient health in that time frame, according to the “State of the App Economy” report from ACT | The App Association. Health messaging, whether via text messages or e-mails, is a key area of growth, according to a 2016 study conducted by mobile trade group Mobile Ecosystem Forum (MEF). 6,000 people from nine countries were included in the report. Results revealed that 66 percent of consumers have used a chat app to communicate with a business. Among SMS users, that number goes up to 74 percent. So, why not use it more in healthcare, where time is of the essence?

What Lifen proposes to do for healthcare communication

When sending a digital receipt, for instance, instead of printing and mailing it, this seems easy enough.  It is another thing altogether to send any kind of health information. Rules and regulations ensuring medical information remains confidential must be complied with at all times, so that any information the patient does not want made public remains confidential. According to Lifen, the information is encrypted both in transit and the rest of the period it is in Lifen’s responsibility, and the company can’t access your data.

Lifen basically provides a safe interface between the hospitals or other health providers using multiple electronic messaging protocols — MS Santé, Apicrypt, Zepra and Medimail. In just a few clicks, users can send a letter using those protocols. The option of sending classic mail using Lifen is also available, since in France paper mail isn’t going to be obsolete overnight.

The startup manages a directory of healthcare professionals and also handles read receipts. Lifen actually looks like an email interface, having an inbox and outbox. This allows users to receive messages, documents and reports from different channels, and then export each of them and send them in a patient folder.

Lifen tried to automate as many features as possible, in order to make Lifen more user friendly. Once installed, it can be selected as a printer in the printing popup, since it is compatible with any app that supports printing.

Lifen tries to detect names and addresses, to find the designated receiver of the letter, then searches its directory to figure out how any particular healthcare professional can be contacted.

Individual healthcare professionals can operate Lifen for €25 per month.

Other companies have tried their hand at healthcare communication before

Lifen is not the first company trying to provide solutions for safe transmittal of medical information. The need to develop new and better ways to directly convey patient data to doctors or other medical providers has forced specialists to come together and find financing for their bold endeavours.

In September 2016, New York-based healthcare messaging company Klara announced the closing of its most recent funding round, adding $3 million in financing. This seed round was led by New York’s Lerer Hippeau Ventures and Project A Ventures from Berlin, with existing investors such as German VC Atlantic Labs and Groupe Arnault also participating in the round.

Klara has created a HIPAA-compliant messaging platform for medical teams to centralize all patient-related communication. The new funding was going to enable the company to try and build the central nervous system of healthcare, connecting  all medical providers, patients and other medical companies and professionals(pharmacies, labs and specialists) on one platform.

Founders Simon Bolz and Dr. Simon Lorenz launched Klara in early 2014 as a B2C telemedicine app, the company has since successfully transformed into a B2B2C messaging platform. Hundreds of health systems across the US, from individual practices, to modern pharmacy companies, large medical groups and hospitals use its cloud-based web and mobile apps. Hundreds of thousands of messages are sent by tens of thousands of patients every month to the medical teams which chose this solution to communicate.

Forward Health is another company that tested the waters immediately after GDPR regulations were reinforced within the European Union. Forward Health offers secure GDPR compliant messaging for doctors and nurses and raised $3.9M in seed funding in October 2018.

Safe and compliant instant messaging within healthcare organizations is a very serious issue nowadays.  It is exactly the issue the UK based Forward Health startup chose to address.

Forward Health benefits from the unified UK healthcare system. The NHS is in favor of their product penetration, adoption and propagation within the UK. Moreover, the North Star and long term vision of FWD appears to be aligned with current global healthcare system needs. Indeed their current version of the product not only allows safe and instant «professional» communication between colleagues (without having their personal phone number, in opposition to the WhatsApp model) but also the optimization of workflow and tasks planning through the task-list feature.  It also facilitates rapid access to relevant medical data through the mini-EHR.

It is interesting to observe the solutions various European countries have found to help them cope with medical red-tape. It remains to be seen whether these companies, Lifen included, will find a way to sell their solutions to the US, a system that desperately needs more and more AI and electronic approaches.