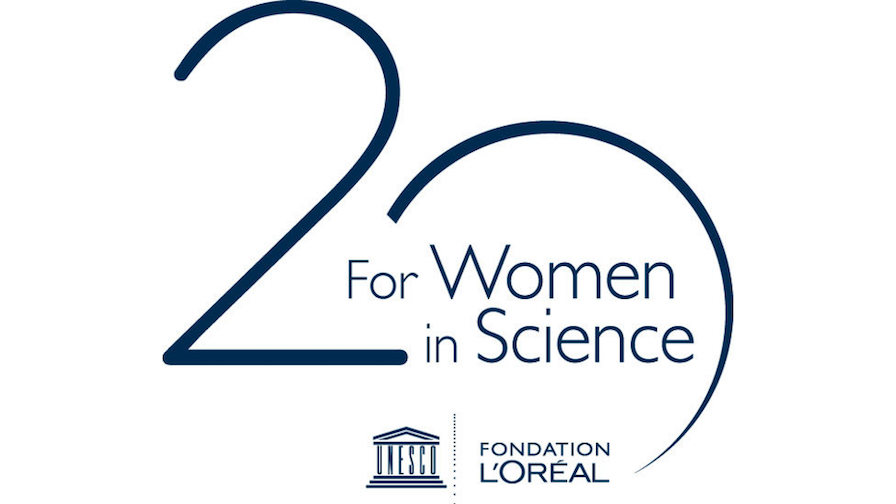 L’Oréal USA recently named Professor Ingrid Daubechies as the North American Laureate for the 2019 International Award For Women in Science.

The result of a partnership between the French cosmetics giant and the United Nations Educational, Scientific and Cultural Organization (UNESCO), the award includes a grant of €100,000 USD for each laureate.

Professor Daubechies will receive the grant for her outstanding research in mathematics during a ceremony in Paris, on March 14, 2019.

The award has been given annually since 1998 to five eminent female scientists from five regions of the world for their remarkable contributions in chemistry, physics, materials science, mathematics and computer science.

International researchers are invited to nominate candidates. The final selection is decided by an independent jury made up comprised of distinguished members of the scientific community.

A renowned physicist and mathematician, Daubechies currently teaches Mathematics at Duke University. Over the years, she has made a significant mark on the science.

Daubechies, the first female ‘full professor’ of mathematics at Princeton

Her most notable achievement is the wavelet theory — transforming the numerical treatment of images and signals for data compression and creating a new universal language for scientists and researchers.

Wavelet theory has been instrumental in a number of modern advancements.

It enabled the reconstruction of early Hubble Telescope images, the electronic sharing of highly detailed fingerprints and accelerated the rise of digital cinema and medical imaging.

“L’Oréal is proud to honor Professor Daubechies for her outstanding achievements and ground-breaking work in mathematics,” said Lauren Paige, Vice President of Public Affairs and Strategic Initiatives at L’Oréal USA.

It is rare for a woman to achieve the highest ranks in mathematics.

In an effort to empower women across all scientific fields, this is was the first time in 21 years that L’Oréal Foundation and UNESCO recognized mathematics and computer science with the International Award.

“L’Oréal has worked tirelessly to advance women in science and this new inclusion of computer science and mathematics has only strengthened this commitment,” added Paige.

Professor Daubechies has spent her entire career forging a path for women in science.

She became the first female ‘full professor’ of mathematics at Princeton University and the first woman researcher to be president of the International Mathematical Union.

She also received the medal of the U.S. National Academy of Sciences in 2000 and is committed to fighting for women’s access to science and education in developing countries.

“In math, we always seek to understand magical things,” says Professor Ingrid Daubechies, “I hope that my work will also be instrumental in helping people see that mathematics is everywhere.”

Four other laureates will be honored alongside Professor Daubechies.

Professor Najat Aoun Saliba will receive the award for her research in analytical and atmospheric chemistry, while Professor Maki Kawai, will be recognized for her work in chemistry. In 2017, Kawai was named the Director General of the Institute for Molecular Science in Tokyo, Japan, becoming the first female President in the 140 years of the Institute’s history. Kawai also became the president of the Chemical Society of Japan last year – the first woman to hold the position.

Lastly, Professor Karen Hallberg and Professor Claire Voisin will be awarded for their contributions to condensed matter physics and algebraic geometry respectively.

Professor at the Balseiro Institute and Research Director at the Bariloche Atomic Centre in Argentina, Hallberg is rewarded for developing cutting-edge computational techniques that allow scientists to understand the physics of quantum matter.

Voisin, on the other hand, is the laureate of the CNRS 2016 gold medal, France’s highest scientific distinction. She currently holds the chair in Algebraic Geometry at the Collège de France.

Breaking the glass ceiling for women and girls in science

These exceptional scientists are breaking the glass ceiling in a domain particularly hard for women to penetrate. Only 28% of researchers are women, 11% of senior academic roles are held by women and just 3% of Nobel Prizes for science have been awarded to women.

Last year, the North American Laureate was Professor Janet Rossant, one of Canada’s leading stem cell researchers who teaches at the University of Toronto.

Rossant was honored for doing research that will help combat birth defects and other serious medical conditions.
“I hope to use this opportunity to encourage more girls globally to take up careers in science, math, engineering and medicine. The future is theirs to grasp,” said Rossant.

In its 21 years, the For Women in Science program has supported and raised the profile of 107 laureates and more than 3,000 talented young scientists in 117 countries.
Three of them – Ada Yonath, Elizabeth H. Blackburn and Christiane Nüsslein-Volhard – have won Nobel Prizes for science.