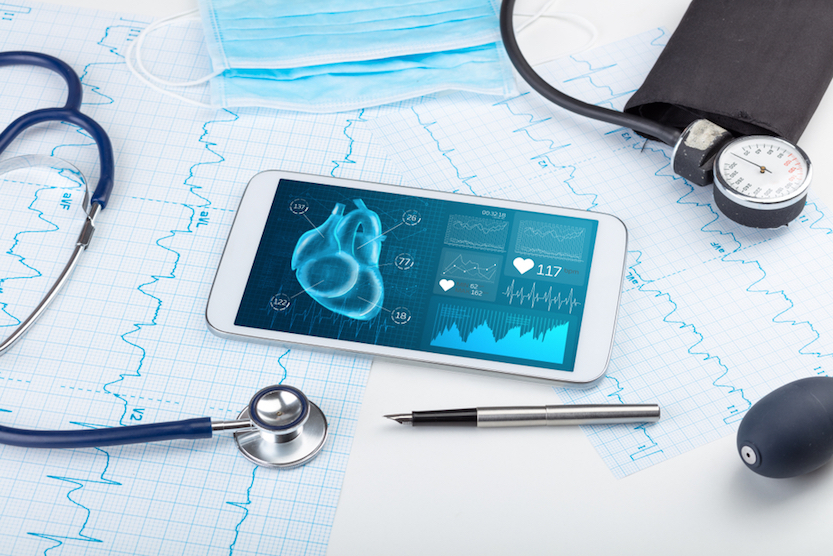 UK HealthTech startup Medopad has received $28M from the first close of its Series A funding round, the lead investments being from China’s NWS Holdings. Medopad announced it aims to raise a total of $120M (£84M) over the next few months, in what would probably become one of the most significant early-stage raises for a UK firm.

What is Medopad known for doing and for whom?

Medopad was founded in 2011, and its technology has since been used in various trials and partnerships. One example is that of a pilot program for King’s College Hospital in London. The AI platform was integrated with Apple Watches, and provided to patients undergoing chemotherapy, so they could more easily record their medication adherence and symptoms management. The UK-based company, which uses AI as part of its data-capture platform offering, seeks to connect patients and professional healthcare providers in real-time. The data-capture platform uses patient wearables to collect data about patients and lets them send said data to healthcare professionals. Healthcare providers and insurers are provided with ways to analyze large amounts of data using machine learning and AI to make the best decisions for their patients and clients.

This funding comes after Medopad struck a series of 15 trade deals with Chinese firms, collectively worth more than $140 million (£100M). Medopad was a member of the trade delegation that the UK recently sent to Beijing and Shanghai. The trade deals were announced during Prime Minister Theresa May’s meetings with President Xi of China.

After the recent funding was announced, Dan Vahdat, CEO of Medopad, commented: “We now have several amazing strategic investors in the business, which is a great achievement for us as we gear for significant growth and scale our business. Managing population health is one of the greatest challenges for governments across the world. As such, the investment appetite for solutions that address and manage this concern is substantial. We are proud to be at the forefront of solving this problem and supporting people around the world.”

Plans for the future include expansion, the CEO added: “We will be opening a number of offices across the world and hiring the most talented people as we grow our regional partnerships. Our mission at Medopad is to help patients suffering from the most complicated diseases receive better care and live longer and healthier lives with their loved ones.”

Brian Cheng, executive director at NWS Holdings, said: “Modern medical advancements are at a stage where pre-diagnostics and analytics for disease prevention are as prevalent and important as ever before. Medopad is already well positioned to capture this growing demand through its continuous involvement with rare disease patients and helping medical institutions treat patients in a more efficient and cost effective manner. We believe Medopad will succeed in revolutionising the current convoluted methods of disease treatment and prevention into a more succinct ecosystem with the development of its artificial intelligence and big data gathering capabilities.”

The plans to expand will be transformed into reality by a stronger team. The company also announced the appointment of two non-executive directors: healthcare industry specialists  Stuart Fletcher and Simon MacKinnon OBE.

After being president of Diageo International between 2004-2011, Fletcher served as CEO of BUPA Group between 2012 and 2016.

Fletcher is confident of Medopad’s key position for transforming the future of healthcare. He noted: “This is an exciting time for technology and data in the transformation of healthcare provision and impact. I believe Medopad is best positioned to play a major and leading role in this, partnering with progressive and like-minded organisations, creating healthier and happier lives.”

MacKinnon OBE has over 30 years of Asian business experience, which he now brings to Medopad. He has reportedly delivered over £2B in investments, joint ventures, M&A and projects in China.

He also thinks Medopad will grow with its Asian partners. He noted: “Medopad is radically changing the delivery of healthcare management. With China becoming a world centre for health-tech and AI innovation and the Chinese Government looking to deploy innovative solutions to improve healthcare outcomes and reduce costs, Medopad is very well placed to grow with our partners in the region.”

Concerning the appointment of the new board members, Medopad’s CEO Dan Vahdat added: “Stuart and Simon bring over 50 years of business experience to Medopad. Their expertise at the world’s largest healthcare businesses will provide the perspective and guidance Medopad requires to scale new heights. Their appointment is yet a further signal of our intention to challenge the healthcare industry.”

Investing & Startups
Three Healthcare Companies to Keep an Eye on if Investing in Stocks This Year
May 17, 2022
131