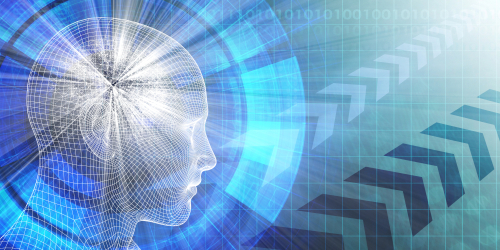 The Chicago City Council has unanimously passed a resolution to create a task force that will study the state of mental health services available in the city.

The proposed task force, the Public Mental Health Clinic Service Expansion Task Force, sponsored by Alderman Sophia King, is expected to carry out a comprehensive study to point out gaps in the city’s mental health coverage.

Another objective is to “explore re-opening of mental health clinics and identify budgetary and operational recommendations for expansion of existing facilities.”

The resolution also wants the task force to oversee a public input process and independent study, which will identify the types of services needed and geographic areas most in need. The task force will also identify steps that should be taken to strengthen existing Chicago Department of Public Health (CDPH) clinics and potentially re-open closed clinics,”the American Federation of State, County and Municipal Employees (AFSCME) website said.

King hopes the task force will also look into the possibility of increasing staffing at current facilities and re-opening shuttered clinics.

The task force is expected to be comprised of aldermen from high-need wards, CDPH officials and four members selected by the city government. It is expected to carry out its work over 180 days, where it will study community needs and then make recommendations.

In addition, the task force is expected to contract a research firm to study which community areas the city will receive priority for reopening mental health clinics and locating funds to expand and improve services at facilities that are currently open. “As part of the study, the firm will need to hold a public hearing within 45 days after the resolution is approved. Once the study is complete, the task force will make recommendations to the Committee on Health and Environmental Protection and the Committee on Budget and Government Operations,” the Lawndale News website reported.

Alderman Chris Taliaferro said the task force will help reveal where resources were needed, “whether it be providing additional funding to existing non-profits or reopening some of the mental health clinics.”

Alderman Emma Mitts, who sits on the Committee on Health and Environmental Protection and the Committee on Budget and Government Operations, said: “I think we need to put this taskforce together and research [the situation]. In Austin, [because of] the effect of gun violence, there are a lot of people who are traumatized. Families in our communities, older folks. We can no longer just talk and look at it, we need to respond to it.”

On a path to failure

The closure of six of 12 mental health clinics in 2012 remains a sore point for residents and activists in the city. Four of the closed clinics are on the South Side, one on the North Side and one on the Northwest Side.

Since then, advocates say, funding for mental health programs has been in decline.

For example, AFSCME said it had been at the forefront of campaigning for the protection of the city’s public mental health services, even attempting to prevent the closure of the six CDPH mental health clinics.

But, at the time, CDPH defended the closure, saying it would refer patients to existing treatment centers, so it could continue to provide affordable and accessible care.

However, as late as last October, in the face of spirited campaigns to re-open the clinics Julie Morita, a CDPH commissioner, insisted that shuttering the health clinics was the right decision.

In a letter read at the council meeting, The Chicago Sun-Times reported that Morita was calling for the re-evaluation of the resolution.

“We must not be handicapped by forcing ill-conceived, political-driven recommendations on the task force before members are even selected. The task force should not presuppose re-opening a handful of city clinics is the answer,” she was quoted as having written.

This was an argument supported by Allison Arwardy, CDPH chief medical officer, who said that while mental health services could be improved, reopening the clinics was not the way to go about it. “They were on a path to failure, largely because we lost 90 percent of state funding. We were operating well below capacity,” she said.

According to a WBEZ report in 2015 said that in one year, Chicago’s 911 service took 22,000 calls that included a mental health component — with the most mental health calls coming from areas with the fewest mental health services. The report also found that more than a third of private mental health providers on the city’s referral list had no outpatient psychiatrists or had closed their waiting lists.