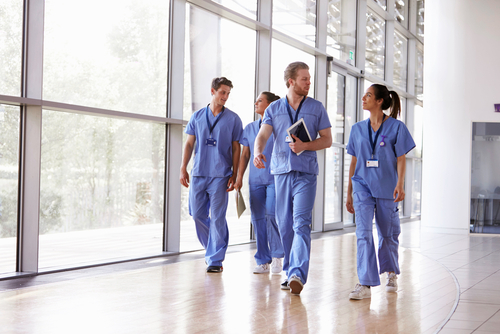 NextStep Raised $3.15M to Find Jobs in Healthcare for Those Displaced by AI

NextStep Interactive, the eighth startup to be spun out of Seattle startup studio Pioneer Square Labs, announced October 18th it has raised $3.15 million to continue its plan to help people displaced by AI and automation to find new jobs. The idea is to teach them new skills and support them in landing other jobs in the fast-growing healthcare industry.

This financing round, was led by JAZZ Venture Partners. Other participants were, Pioneer Square Labs, Learn Capital’s LearnStart fund, and Springrock Ventures.

What does NextStep want to do for displaced workers?

The money raised will be used by the startup to deploy its first training initiatives, build out its technology stack and start the process of hiring a sales and marketing team.

NextStep’s platform wants to find, attract, train and place workers in some of the most in-demand healthcare positions in the industry.

Community health worker, home health aide or medical assistant are only a few examples. The need is there, and it will only be growing, since baby boomers will soon reach the age where health problems tend to multiply. More and more companies are taking this fact into consideration, focusing on finding healthcare solutions for this part of the population.

“We believe we are tackling the most important problem facing our country over the next dozen years,” said NextStep co-founder and CEO Chris Hedrick. “Tens of millions of workers will be displaced by automation, and we need inexpensive, effective online retraining solutions to place them into important new work.”

Not only is the country facing a real problem in training enough doctors, but entry-level positions have also proved more and more difficult to fill.

“Sourcing sufficient qualified candidates for entry-level positions has become a real pain point for healthcare providers, and will only get worse with aging demographics,” said John Harris, general partner at JAZZ Venture Partners. “NextStep is using cutting-edge technologies to source and retrain this workforce cost-effectively and at scale, realigning those being displaced by AI and automation with meaningful opportunities. Solving this problem at scale – that’s what got us excited about what Chris and his team are building.”

Who are the co-founders and what have they previously worked on?

Who is behind NextStep and its intrepid business idea?

NextStep is led by co-founders Chris Hedrick and healthcare industry veteran Charissa Raynor. Hedrick is the former CEO of Intrepid Learning, a venture-backed learning technology and outsourcing company; Raynor is the former Executive Director of The Benefits Group, where she was in charge with developing the nation’s largest home care training program.

Hedrick, a Rhodes Scholar, served as CEO of Kepler, an innovative online/offline university program in Rwanda before founding NextStep. He also was the first employee of the Gates Library Foundation, the precursor of the Bill and Melinda Gates Foundation.

Hedrick’s experience is one of the main factors that convinced companies to give the new startup the money it needed.

“This is my second rodeo with Chris,” said Greg Gottesman, co-founder and Managing Director of Pioneer Square Labs and former board member of Intrepid, Hedrick’s learning technology company. “Chris has spent the last 30 years in education, training and technology, all leading up to this opportunity. Retraining and then re-deploying millions of workers into better jobs is a Herculean task, and I cannot imagine anyone better [able] to take it on than Chris.”

What did the Pioneer Square Labs’ experience bring to the table?

The co-founders worked together in the past and were re-introduced to each other by Pioneer Square Labs Managing Director Greg Gottesman. The notion of creating NextStep came out of conversations Gottesman, who served on the board of Intrepid Learning, and Hedrick had.

Pioneer Square Labs was launched in 2015 with the purpose of making it possible to rapidly test and validate new ideas before recruiting an executive team to build out a spin-off company. Earlier this year, the firm grew, raising an $80 million venture fund called PSL Ventures.

Pioneer Square Labs is partly responsible for creating the problem NextStep is now trying to fix.

It invested in some companies that use artificial intelligence and machine learning to increase efficiency and reduce human labor needs. Being socially responsible, Gottesman and Hedrick were aware of the consequences and  talked about how “somebody needed to do something to retrain the tens of millions of workers who will be displaced” Hedrick said.

“Then we started talking with Charissa Raynor about how best to meet the workforce needs of the healthcare industry, and we married the two notions to attract people who will be displaced, train those that are a good fit, and place them into promising, high-demand healthcare careers where they can grow,” Hedrick said.

How big is the problem they want to tackle next?

A McKinsey & Co. study cited by NextStep found that, in the next 12 years, up to 30 percent of U.S. workers may have their jobs disrupted by companies using automation and AI solutions to improve efficiency.

In short, the fear that humans will be replaced by machines, at least in some areas, is real and growing. Society needs to be aware that some other jobs will never be done by machines, and the need for human workers in those areas is growing. The healthcare industry is one of the fastest growing fields and no one really thinks we will have nurse robots in the near future, this is why NextStep is focused on funneling people into healthcare.

Basically, the company tries to match two social needs to each other. Displaced workers need a new job, the healthcare industry needs new people; as the population ages and lives longer, health needs are growing.

“The numbers are daunting when you consider what automation means for so many workers,” said Raynor. “The good news is that the new jobs are there, specifically in health care. We have to make retraining accessible and affordable to transition these workers. If we execute well, NextStep can be an answer for a lot of people.”

NextStep has approximately 20 employees and contractors. The software team is based in Bozeman, Montana, where Hedrick lives; Raynor and the team building the curriculum are based in Seattle. The new money will allow the company to grow and tackle its ambitious goal. In the best interests of healthcare, let’s hope the plan will succeed.