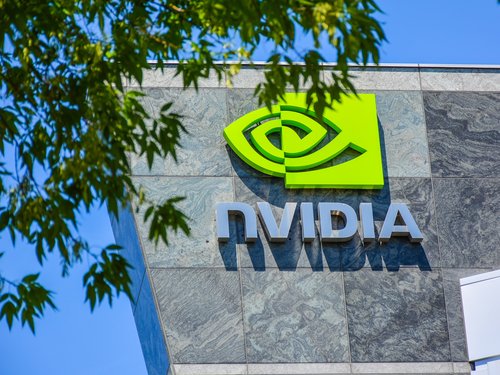 Graphics processing units (GPUs) manufacturer, Nvidia, has unveiled its supercomputer Nvidia Clara platform, which it describes as a combination of hardware and software bringing artificial intelligence (AI) to the next generation of medical instruments assisting with the early detection, diagnosis, and treatment of diseases.

“The Clara platform addresses the great challenge of medical instruments: processing the massive sea of data — tens to thousands of gigabytes worth — generated each second so it can be interpreted by doctors and scientists,” the company said in a statement.

Clara, according to the company website, “is an open platform that enables the medical industry to build and deploy breakthrough algorithms to create intelligent instruments and automate healthcare workflows.”

Nvidia says that Clara helps the imaging industry bring about “the amazing advancements they are creating in their instruments by providing an open, scalable, remote, and universal computing platform.”

Clara to speed up and improve medical imaging

The Clara platform works by speeding up and improving medical imaging, taking advantage of advancements in computation to renew the capabilities of existing machines that are currently vital to the early detection of deadly conditions, such as cancer and heart disease, Forbes Magazine reported.

Nvidia’s global business development lead for healthcare and life sciences, Abdul Hamid Halabi, said there are many medical imaging instruments, but “advances in artificial intelligence and computing technology have made it possible to reduce radiation exposure, improve image quality, and produce images in real time.”

Halabi said deep learning, which trains machines to understand data, had been used in other sectors such as financial services and the automotive industries.  Applying this to diagnosis could have a deeper impact on healthcare, through increased efficiency, greater cost reduction, and improved patient care.

Nvidia said the core of the this technology was Nvidia Clara AGX, which the company describes as a “revolutionary computing architecture based on the Nvidia Xavier AI computing module and Nvidia Turing GPUs, and the Clara software development kit for developers to create a wide range of AI-powered applications for processing data from existing systems.”

Nvidia said its Clara platform allows medical imaging developers to use AI to automate workflows, make instruments run faster, improve image quality, and assist doctors in detecting and diagnosing disease. The platform could also be a useful tool for those working in pharmaceutical research and development.

The company said more than 400 AI healthcare startups were launched over the past five years, and the “Clara platform will be able to help them harness AI to transform healthcare workloads.”

One such startup is Subtle Medical, which uses AI to reduce the costs associated with imaging and also reduce the amount of time patients spend inside PET and MRI scanners.

Subtle Medical’s Founder, Enhao Gong, said the company uses AI to improve workflow for MRI and PET exams, adding that “Nvidia’s Clara platform will enable us to seamlessly scale our technology to reduce risks from contrast and radiation, taking imaging efficiency and safety to the next level.”

The Pharmaphorum website explained that by employing deep learning, “Subtle Medical’s researchers have improved image quality, which means scans are faster and more accurate. MRI applications acquire images in one-quarter of the usual time and use only one-tenth of the contrast dosage, gadolinium, a potentially harmful metal, which is deposited in the body during MRI contrast scans.”

Another startup using Nvidia’s technology is ImFusion, which creates 3D ultrasounds from a traditional 2D acquisition, and then visualizes the ultrasound fused with CT.

“ImFusion developers ported their application to Clara in less than two days and take advantage of Clara’s inferencing, cinematic rendering engine and virtualization capability,” Nvidia said on its website.

“At Oxford University, a group of malaria researchers have used deep learning to create an app that can ‘listen’ to mosquitos and identify their species via their unique sound signatures. In the past, the only way for researchers to identify insects carrying the life-threatening illnesses was to get bitten,” Halabi told the Internet of Business website.