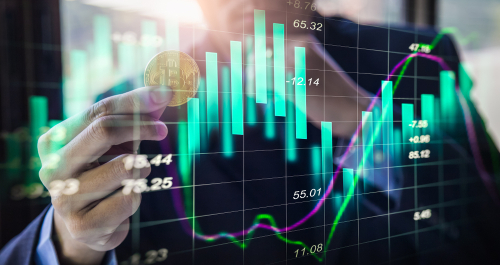 Drugmaker Samumed last week announced that it had closed its A-6 round of equity issuance with $438 million making the total amount of money it has raised more than $650 million.

Following the latest equity issuance round, the regenerative medicine company said it was now worth $12 billion.

In a statement, Samumed Chief Executive Officer, Osman Kibar said, with the money, the company was now “in a fortunate position to both move our later stage programs to commercialization, as well as expand on our earlier stage science and clinical portfolio”.

Observers have speculated that the San Diego based Samumed could be well on its way to an initial public offering following this round of funding.

Earlier this year, the company announced, without being specific, that it expected to go public within three to four years, but only if market conditions are favorable, the company’s Chief Business Officer, Erich Horsley said.

The regenerative medicine market looks to be bullish, with Business Wire estimating that the market was worth $5.4 billion in 2016 and could grow to as much as $39.325 billion in five years time.

Business Wire said at the core of the growth of the market were technological advancements in tissue and organ generation, while there was also an increase in the prevalence of chronic diseases.

“In addition, rise in degenerative diseases and shortage of organs for transplantation are expected to fuel the growth of the market. Moreover, utilization of nanomaterials in wound care, drug delivery, and immunomodulation has opened numerous growth avenues for the regenerative medicines market,” Business Wire said in its 2017 to 2013 analysis and industry forecast for the global regenerative medicine market.

The Life Extension Advocacy Foundation reckons that scientific inquiry and investment into the reversal of the aging process is now a serious prospect for those wanting to invest in such technology and treatments.

Startup ready to take some treatments to Phase 3

Samumed, which is working on anti-aging biotechnology, is developing treatments that regenerate hair, skin, bones, and joints and with this round of funding, and is expected to further develop these projects.

According to the company’s development pipeline, treatments for osteoarthritis and hair loss – androgenetic alopecia – are ready to be moved to Phase 3 of the drug trial stage, setting them up for approval by the U.S Food and Drug Approval.

Samumed is now expected to release the results of its Phase 2 trial of treatments for osteoarthritis, which targeted 700 people, while Phase 3 trials are expected to start next year after the company has met with the FDA.

Samumed is also working on a treatment for idiopathic pulmonary fibrosis, which is in Phase 2 of the trial stage, while treatments for degenerative disc disease, psoriasis, tendinopathy and its oncology program are in Phase 1.

Therapy for Alzheimer’s disease is in the preclinical stage.

Samumed said it “continued to invest in preclinical research, expanding its technology platform while deepening its primary focus on the Wnt pathway”.

The company, which was founded in 2008, said it was working on a “small-molecule drug platform meant to harness the innate restorative power of the Wnt pathway to reverse the course of severe and prevalent diseases,” most of which are related to aging.

The Life Extension Advocacy Foundation website defines the Wnt pathway as a “primary signaling pathway that regulates the self renewal and differentiation of adult stem cells” and it plays a key role in the repair and upkeep of bodily tissues.

The human body is filled with stem cells in every tissue that multiply to replace losses, which is done through the Wnt pathway. But with age, Kibar explained, the Wnt levels start to get out of balance and become deregulated, leading to a decline in tissue regeneration. “If the Wnt activity levels can no longer increase such that its not making enough bone … you develop osteoporosis,” he told the Business Insider.