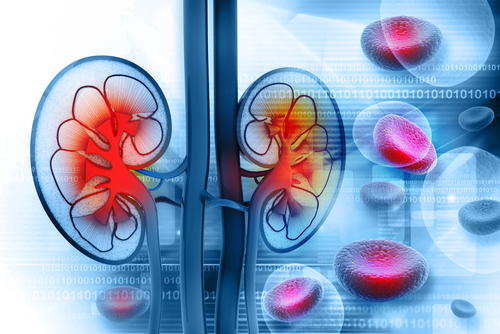 Following the IPO, Renalytix AI, was admitted onto AIM in early November, a submarket of the London Stock Exchange (LSE).

Renalytix AI, which spun out of EKF Diagnostics, raised $26.71 million through an equity fund raise, while $1.93 million was raised via a restricted stock offer. Shares were issued at $1.55 each.

EKF Diagnostics now has a 4.8 percent stake in Renalytix AI following the IPO, while Icahn School of Medicine at Mount Sinai has 15 percent. “Other major shareholders in the company include current Renalytix non-executive director, Christopher Mills with a 17 percent holding and Lombard Odier & Co Ltd with a 6.4% stake. CEO (Chief Executive Officer, James) McCullough will have a 5.3 percent stake in the company,” it was reported.

Renalytix AI, which was formed in March 2018, said the funding was meant to support the development and commercialization of two product categories for the early detection of kidney disease and the accurate management of kidney transplant rejection.

The Cardiff, Wales-based company, a developer of AI decision support and clinical management tools for improving early diagnosis, continual monitoring and drug development for kidney disease, said it plans to launch its first diagnostic product, KidneyIntelX, in 2019 in collaboration with Mount Sinai.

It said that by combining these different inputs to develop its products, it had the potential to “create novel and powerful models for the prediction of disease progression and drug/therapy response in individual patients. The company intends to submit KidneyIntelX for regulatory review by the U.S. Food and Drug Administration.”

McCullough said Renalytix AI now had the financial resources to drive “advanced diagnostic development to improve the management and cost of kidney disease. We are grateful to our investors and medical collaborators who are committed to reducing the impact of this disease.”

Erik Lium, the Executive Vice President of Mount Sinai Innovation Partners, described Renalytix AI as an emerging leader in healthcare AI, with whom they were pleased to be collaborating on developing breakthrough prognostics and diagnostics for renal disease.

“Renal disease represents an increasing healthcare crisis globally, and early detection and intervention can change the course of this disease,” Lium said in a statement.

Barbara Murphy, the dean of clinical integration and population health, and Murray Rosenberg, a professor and chairperson of the Samuel Bronfman Department of Medicine at  Icahn School of Medicine at Mount Sinai, described kidney disease as a major challenge for healthcare systems around the world.

They said Renalytix AI and Mount Sinai were “responding to this critical unmet need by developing two products that will identify patients at risk for kidney disease progression and dialysis, and categorize the type of risk that will be experienced by kidney transplant patients.”

Kidney disease, which affects an estimated 850 million people across the world, is classified as a public health epidemic. The Centers for Disease Control and Prevention (CDC) estimates that at least 30 million adults in the United States have chronic kidney disease, a majority of them undiagnosed.

It is further estimated that nearly half of the people with advanced kidney disease are unaware of the severity of their reduced kidney function.

“As a result, many patients progress to kidney failure in an unplanned manner, ending up having dialysis in the emergency room without ever seeing a clinical specialist, such as a nephrologist. Every day 13 patients die in the United States while waiting for a kidney transplant,” Renalytix AI said in a statement.

Investing & Startups
The rise of the at-home heart health industry: 5 things we are excited about
October 8, 2021
23