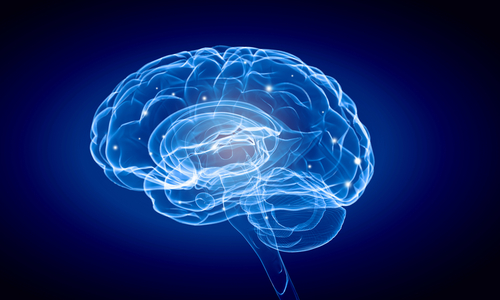 Researchers from Carnegie Mellon University and the University of Pittsburgh have received $3.8 million from the National Institute of Mental Health to work on cutting edge technology that uses brain scans to predict and treat suicidal patients.

The funding is meant to enhance the researchers’ work on the Predicting Risk Imaging Suicidal Minds (PRISM) project, which, if successful should be able to detect and monitor suicidal risk and increase researchers’ understanding of alterations in thinking and feelings related to suicide in their patients.

The researchers Marcel Just from Carnegie Mellon University and David Bent from the University of Pittsburgh, hope the PRISM project will develop personalized treatment strategies for suicidal patients based on their altered patterns of thinking and feeling that can more precisely and effectively reduce suicide risk.

Just and Bent said their work is different from other studies because “current assessment methods rely entirely on patients’ self-reporting and doctors’ observations.”

Therefore, Bent said their research offered new insights and that any “new inroads to better diagnosis and treatment have the potential to save lives.”

In explaining the PRISM project, Bent, a professor in the University of Pittsburgh’s Department of Psychiatry, said they examined brain activation patterns that occur when someone has some suicide-related and emotional thoughts. “We then use machine learning to identify the words and activation patterns associated with those words that best discriminate between suicidal and non-suicidal individuals,” he explained.

Just, a professor of psychology at Carnegie Mellon University, said current research allows researchers to retroactively tell which patients would have attempted suicide, but “it would be enormously valuable if we can tell who’s going to make an attempt. That could actually save lives.”

The researchers hope, ultimately, to use brain imaging to predict who will attempt suicide.

Just and Bent will use the grant to analyze analyze the differences in brain scans of suicidal and non-suicidal young adults to detect those most at risk and develop personalized therapies.

The funding will be used to further a similar study Just and Bent carried out, except this time, it will be on a larger scale. The previous study was published in the journal, Nature Human Behavior in 2017.

In that study, the researchers had two groups of young adults, those with suicidal tendencies and those without. The two groups were then asked to think about a number of words while undergoing fMRI (functional MRI) scans.

According to the study, participants were given words associated with death, as well as some that represented positive concepts, such as “carefree,” or negative concepts like “trouble.”

“The differences in the brain activity were distinct enough that a computer could determine with more than 90 percent accuracy whether a participant had suicidal tendencies or not based on the scans alone. It could also distinguish between a participant who had made a suicide attempt and one who had only thought about it. The findings suggest that a disorder changes the way concepts are represented in the brain,” findings of the study say.

Just further explained that when thinking about death, people with suicidal thoughts showed greater brain activity in areas associated with thoughts and emotions about oneself, suggesting they associated death with themselves more than the average person would.

Bent said the first study was considerably smaller, but with the funding, their next study would be larger and “will repeat the procedure to see if fluctuations in neural signatures are related to fluctuations in suicidal ideation, and see how we can predict future suicidal behavior. In addition, we will be developing and testing a peripheral measure that we hope will correlate with neural findings, but can be used in a clinician’s office without needing to do fMRI.”

New study to begin in October

Just and Bent are expected to begin their latest study, which will have 450 participants, sometime in October this year.

The participants will be split into three groups comprising those with suicidal tendencies, those with a psychiatric disorder, but are not thinking of suicide and a healthy control group.

“It could give us a window into the suicidal mind that we don’t have now,” Brent enthused.

In the U.S. , suicide is one of the leading causes of death among those 15 to 24 years old.  The rate has risen by 30 percent in 17 years. Last year, 5,723 people in that age group committed suicide according to National Institution of Mental Health figures.