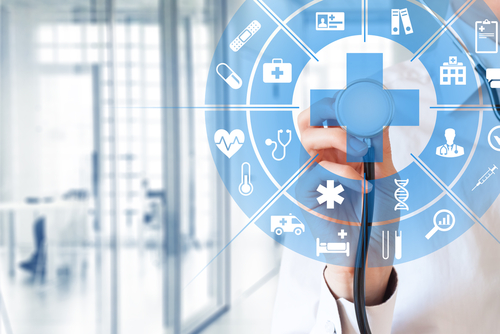 A new report says every adult in the state of Illinois will be contributing $4,000 to the healthcare fund for retired teachers.

Healthcare benefits are promised to teachers by the state and the local school districts they work for. In Illinois’ case, those promises were loftier than what its savings can actually cover, according to a Bellwether Education Partners study, released Tuesday, Sept. 18.

The state owes $54 billion in future healthcare costs, ranking as the sixth most in-debt of all states based on the adult population. A simple math shows that every taxpayer is on the hook for $4,000 of the $54 billion.

This is on top of the estimated $130 billion in unfunded teacher pension liabilities. One out of every four dollars coming from Illinois taxpayers goes toward pensions.

“For too long, employers were able to promote the benefits without recognizing their long-term costs,” said Chad Aldeman, principal at Bellwether. Illinois is one of the 35 states that offer post-employment health coverage to teachers.

The catch 22 of retiree health benefits

However, unlike pensions, benefits are subject to diminishment. Retiree health benefits are more likely to be slashed by policymakers whenever a state needs to make budget cuts.

The problem is more urgent than ever, since health insurance plans costs in the U.S. are growing by the minute. By 2026, health spending is projected to reach $5.7 trillion, largely because more baby boomer are reaching retirement age.

For public school teachers nearing retirement, pensions and healthcare benefits represent a huge financial safety net. Large pay discrepancies between the public school sector and the private make it hard for these teachers to build a rainy-day fund.

In Illinois, elementary and secondary education employees’ median wages were 79 percent of private-sector workers in 2016 ($58,000 versus $73,175), according to the U.S. Census Bureau.

The consequences are rippling through both the education and healthcare system.

There is less money being poured into schools and the needs of teachers that are currently active, which might explain the nation’s shortage of teachers. In Illinois, there were more than 2,000 unfilled positions in the last school year, with almost a half of those in Chicago Public Schools.

This creates a paradoxical situation where taxpayers have to pick up the tab for finding replacements. The cost to find a replacement for an open teaching role can range from $9,000 per teacher in rural districts to more than $20,000 in urban districts, according to The Learning Policy Institute.

Double-edged solutions for a rigged system

There are a couple of ways to reconcile the pressing financial needs of schools with the retiree health benefits that teachers have bargained for over generations.

In one scenario presented in the new report, employers could impose stricter limits on who is eligible for those benefits. “The state is providing retiree benefits even to a retired superintendent who’s making $150,000 or $200,000 a year in a pension and they get free healthcare on top of that,” Aldeman said. “That may not be a good use of public dollars.”

Illinois could also resort to ditching the benefits altogether. North Carolina, for instance, recently announced it would not offer retiree health benefits to state workers hired after January 2021. On the long term, this move might actually be beneficial.

Without a source of income, many former teachers could qualify for Obamacare subsidies that offset the cost of their monthly insurance premiums. This in return would result in more enrollees, which will stabilize private insurance markets, Aldeman added.

The report serves as a wake-up call for policymakers and local school districts to work on developing a new, more affordable health insurance system for current and future retirees. Ideally, they would come to an agreement that doesn’t involve further tax hikes.