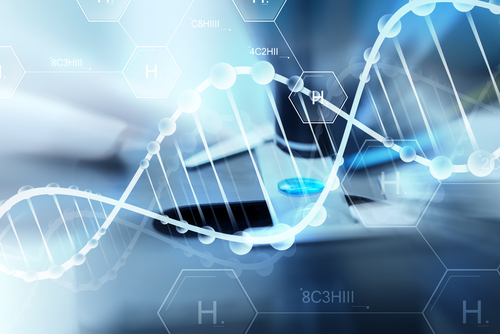 Roivant Sciences has signed a $667.5 million global licensing agreement with iNtRON Biotechnology for a novel investigational biologic for the treatment of infectious diseases caused by antibiotic-resistant staphylococci.

The $667.5 million deal for licensing of the drug SAL200, is inclusive of milestone payments, with royalties on net sales in the low double digits, a press statement said.

According to the agreement, the South Korean-based iNtRon Biotechnology will receive an upfront payment “upon execution of the agreement and subsequent milestone payments for development, regulatory, and sales-driven events.”

The Swiss headquartered-Roivant also has the option to license iNtRON Bio’s non-clinical stage, anti-Gram-positive endolysin programs — including anti-VRE and anti-tuberculosis biologics — for an additional consideration of up to $45 million each. Roivant also has the first right of offer for iNtRON Biotechnology’s anti-Gram-negative platform.

In addition, Roivant, a biopharmaceutical company focused on completing the development of promising late-stage drug candidates, has created a dedicated subsidiary to pursue the global development and commercialization of endolysin products from iNtRON Bio. The subsidiary has yet to get an official name, but Biospace speculates that it will likely be called “Vant”.

Roivant Pharma president, Mayukh Sukhatme said the partnership with iNtRON Bio was a testament to his company’s commitment to deliver transformational therapeutics.

“The development of novel anti-infective therapies is one of the greatest needs of our time and we hope to maximize the impact of SAL200 on public health through innovative approaches to both development and commercialization,” Sukhatme said.

iNtRON Bio Chief Executive Officer, Kyung Won Yoon said the partnership combined the companies’ “industry-leading endolysin platform with their track record of operational excellence. Together we hope to ensure that physicians have better options in their armamentarium in preparation for the ‘post-antibiotic era’ on the horizon.”

Following a promising Phase 1, Roivant plans to begin a Phase 2 trial for SAL200 in 2019

Pharma investment in antimicrobials on the decrease

There has been increased global health attention on antimicrobial resistance issues, however, this has been met by declining pharma industry interest. The World Health Organization (WHO) has described antibiotic resistance as a serious threat and listed tackling the problem as one of its priorities.

There is concern that antibiotic resistance may lead to higher medical costs, prolonged hospital stays, and increased mortality. The WHO has recommended that the healthcare industry invest in research and development of new antibiotics, vaccines, diagnostics and other tools.

iNtRON bemoaned that the rate of development of new antibiotics was not catching up with the emergence and increase in the rate of resistant bacteria.

In that regard, iNtRON describes SAL200 as a game changer.

This deal could represent renewed investor confidence in dealing with antibiotic-resistant bacteria, known as “superbugs”, “which are capable of causing serious bloodstream infections, biotech companies are in the race to develop anti-superbug products.”

These superbugs, such as different kinds of Staphylococcus aureus (S. aureus) pathogens reportedly cause an estimated 119,000 hospitalizations and 30,000 deaths annually in the United States.

In the U.S. it is estimated that $35 billion is lost in productivity due to antibiotic resistant infections.

On its website, iNtRON Bio, which was founded in 1999, says the treatment of various super-bacterias has become difficult due to misuse of antibiotics.

The deal with iNtRON Bio represents further inroads into South Korea for Roivant Sciences. In December 2017, the Swiss company entered into a $502.5 million licensing deal with HanAll Biopharma for HL161BKN, a drug candidate that blocks pathogenic antibody recycling that causes autoimmune diseases.

Meanwhile, November has been a lucrative month for South Korea’s pharmaceutical and biotechnology industry, as the sector snagged deals worth $2.5 billion. Earlier this month, Kolon Life Science said it had agreed a $591 million licensing deal to market Invossa, its gene therapy designed to treat osteoarthritis, in Japan.