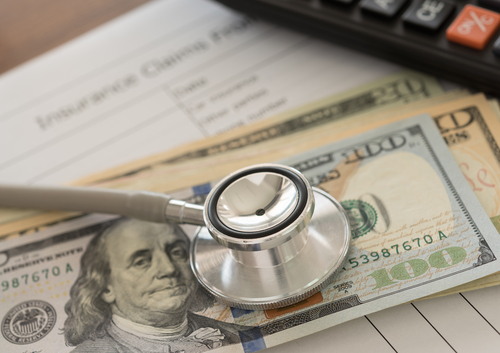 After raising $50 million from new investors, Boston based startup, Akouos, is set to begin clinical trials for precision medicine targeting people with genetically driven forms of hearing loss. Akouos is focused on developing treatment for monogenic forms of sensorineural hearing loss (SNHL). SNHL, which accounts for 90 percent of hearing loss cases, is caused by damage to the inner ear or the nerve from the ear to the brain.

Akouos founder and CEO Manny Simmons said the expansion of the start-up’s investor base and leadership team has put Akouos in a strong position to start clinical trials for its products.

“Partnerships with Massachusetts Eye and Ear and Lonza will see the company converting its approach to meaningful therapies,” he said.

The precision genetic medicine company wants to start rolling out clinical trials within the next three years. The startup expects to start the process of getting regulatory approval from the Food and Drug Administration next year.

“The five year plan is to have multiple gene therapies in clinical development with a lead demonstrating clinical efficacy by that time,” Simons said.

Akouos said the $50 million financing will allow it to “advance its lead program to first-in-human clinical studies, and to accelerate the development of multiple pipeline programs that address other forms of sensorineural hearing loss with validated mechanisms and gene targets.”

According to the World Health Organization (WHO) 360 million people or five percent of the world’s population suffer from hearing loss.

At least 300,000 people in the United States and millions of children across the world suffer from monogenic forms of deafness.

Akouos’ novel therapy could benefit millions of patients with hearing impairment because they are considerably cheaper, the start-up says.

Akouos’ mission is to develop gene therapies that aim to improve hearing with a one-time administration.

“This team, focused on highly validated biology and targeted delivery, and leveraging a state-of- the art proprietary platform technology, is uniquely positioned to change the standard of care for hearing disorders,” said Parmar.

Akouos says its gene therapy platform can be leveraged to restore and preserve hearing in individuals with many forms of SNHL, from a single genetic mutation to ototoxic drug exposure to the aging process.

The Boston headquartered company was launched in 2017 with funding from 5AM ventures, NEA and Partners Innovation Fund.

Among its founders are world leaders in neurotology, genetics, inner ear drug delivery, and AAV general therapy. For example Akouos founder and CEO Manny Simmons has over 15 years of experience in hearing science research. He has received a PHD from the Massachusetts Institute of Technology. In addition, Richard Smith, a senior member of the Akouos team is a globally recognised expert in genetics.

Akouos has strategic partnerships with Massachusetts Eye and Ear Infirmary and Lonza, Inc.

Massachusetts Eye and Ear is the world’s “largest hearing research centre and one of the highest-ranked hospitals for diagnosis and treatment of ear and hearing disorders.”

Akouos announced that it had expanded its board following the new $50 million financing by adding two independent directors. Arthur Tzianabos, the president of Homology Medicines and former Cochlear Ltd CEO Christopher Smith joined Simons, Parmar, and NEA partner Ed Mathers on the board.

An advisory board comprised of leading experts and physicians in gene therapy has been set up to give Akouos direction. The six member advisory board is chaired by Luk Vandenberghe, the director of the Grousbeck Gene Therapy Center at the Massachusetts Eye and Eye. He is also an assistant professor of ophthalmology at the Harvard School of Medicine.

To learn more about other major investments in healthcare, check out the top ten most-funded healthcare startups in the U.S.