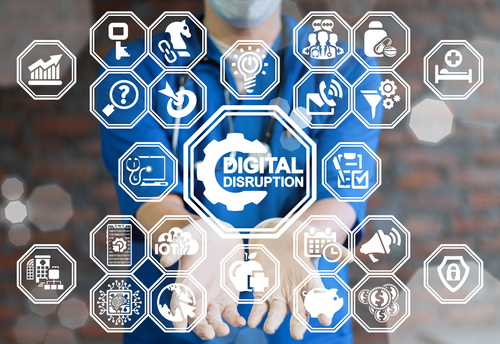 For tech entrepreneurs looking for their big break, the Y Combinator’s biannual Demo Days is one of the most anticipated pitch events of the year. Some of YC’s previous biggest winners were AirBnB and Dropbox.

Held between August 20-22, the Summer 2018 Demo Day took place in Silicon Valley and brought together the best tech startups. Out of thousands of teams that applied to present their ideas on stage, only 122 got to give their seven-minute elevator pitch to a select crowd of angel investors. And 28 percent of those were healthcare tech entrepreneurs, almost as many as the B2B ones.

Here are some of the most promising digital health and wellness startups featured at the event.

Togg makes radar health sensors that detect people’s indoor activities to predict changes to their health. The sensors would be installed into nursing homes and monitor residents’ every move including their sleeping, breathing rate, or bathroom visits. “It’s like a Fitbit that you place on a wall,” the Palo Alto-based company says. At $150 a piece, these slim devices similar in appearance to a smoke detector hold the potential to alleviate the impact of nursing shortages in retirement centers.

Higia Technologies is working on Eva, a device that scans women’s breasts for signs of cancer. Eva relies on biosensors to collect data and send it to an app that assesses the risk of breast cancer using artificial intelligence algorithms. For instance, if the app detects thermal pattern abnormalities, it alerts the wearer to see a doctor for further investigations.

To get accurate measurements, a woman would have to wear the device between 60 and 90 minutes a week. Small enough to be slipped into a bra, the $299 product is available for preorder. Its founder, Julian Cantu, a Mexican teen prodigy, says the company sold 5,000 units in preorders in three weeks in Mexico. In the States, Eva’s success might be hindered by a 2017 FDA warning, that said this type of screening, called thermography, cannot replace a mammogram.

The app gathers its data from reliable sources such as medical journals. It also includes an automatic voice detection transcription that supports over 50 languages and a chat feature which enables doctors to securely chat with one other. The chatbot can even be funny. “Ask him to tell you a joke or show you funny gifs. He’s the doctor BFF that you always wanted to have,” the company says. The app has already raised $700,000 in seed funding from Y Combinator and angel investors and is being used in 52 countries.

Papa connects college students (Papa Pals) to seniors who need help with everything from household chores to instruction on using technology, as well as companionship. Watch this video to see how the “Grandkids On Demand” platform works. The Miami-startup doesn’t offer medical services, but the Papa Pals are usually students in health-related fields like nursing and medicine. At $15-per-hour, the service is rapidly gaining popularity, in part, because of the major growth in retiring Baby Boomers.

It’s no surprise that most of these startups have developed their products around artificial intelligence. By removing the human element, AI-fueled chatbots and software are capable of solving complex health issues faster and better. And while this technology can’t provide that physician empathy, it can serve as a valuable aid.