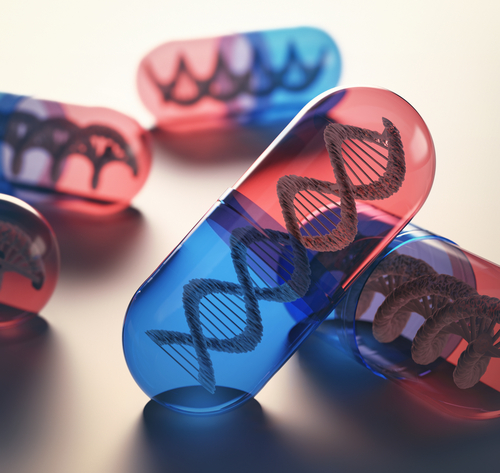 Swiss-based biotech company, Therachon, which focuses on developing rare genetic disease treatments, says it has closed a $60 million round of funding as the company moves closer to a drug trial.

The funding will be used to develop the company’s treatment for achondroplasia, the most common form of short limbed dwarfism, and Therachon also hopes to advance treatments for other rare genetic diseases.

Novo Holdings led the investors in the mezzanine round of funding, where it was joined by new investors Cowen Healthcare Investments, Pfizer Ventures, and funds managed by Tekla Capital Management LLC.

Investsize reported existing investors that also participated in this round of funding were Versant Ventures, OrbiMed, Bpifrance, and Inserm Transfert Initiative.

Luca Santarelli, Therachon’s Managing Director and Chief Executive Officer, said they were pleased to receive “strong support from such a distinguished and international syndicate of investors who are committed to our vision and support our growth as a clinical-stage company”.

“With this financing, we will be able to devote more resources to our lead clinical program in achondroplasia,” Santarelli said. “Additionally, we look forward to exploring additional pipeline opportunities in the rare disease space.”

Following this round of funding, two new members, Jørgen Søberg Petersen, a venture partner at Novo Holdings, and Timothy Anderson, a director at Cowen Healthcare Investments, have joined the Therachon’s board.

In January 2017 Therachon held a Series A round of funding, where it raised $40 million and the $60 million raised in this latest mezzanine round of funding – where investors have an option to convert debt into equity – could be an indicator of investors’ confidence in the work being carried out by the firm.

In a statement, Therachon, which was founded in 2014, said it was working on TA-46, a novel therapy for achondroplasia, which is  the company’s lead development in its pipeline.

Expressing optimism in the TA-46 in 2017, Santarelli said it had “demonstrated exceptional preclinical efficacy and holds the promise of fully restoring normal growth and mitigating some of the devastating complications in children suffering from achondroplasia”.

Achondroplasia, the company said, is a rare genetic condition affecting one in 25,000 children caused by the mutation of the FGFR3 receptor and this leads to stunted bone growth in children.

In Phase 1, which is underway, Therachon is carrying out a placebo-controlled double-blind trial to evaluate the safety, tolerability and pharmacokinetics of single and multiple increasing doses of TA-46 in healthy volunteers, Yahoo Finance reported.

At the end of June, Therachon said it was conducting what it called the Dreambird study on children aged between 0 and 10 years old, which will follow up on 200 participants drawn from sites in Europe, Canada, and the United States, as it prepares to start treatments in achondroplasia sometime in 2019, with the first center for the study being Antwerp University in Belgium.

The company’s Chief Medical Officer, Christian Meyer said they were conducting the Dreambird study because “knowledge of the natural history of achondroplasia and identification of molecular biomarkers of bone growth are essential to build the scientific foundation for the forthcoming clinical development program of TA-46”.

Other therapies in Therachon’s development pipeline include a treatment for other skeletal dysplasias, which is at the investigational new drug stage, while its rare oncology program is at exploratory stage.

There are approximately 350 million people affected by 7,000 rare diseases, Healthcare Weekly reported at the end of July, and 95% of these ailments have no cure.

Research in the area of rare genetic disease treatments has been growing recently, with a United Kingdom start-up, Healx, recently disclosing it had raised $10 million in a Series A funding round.