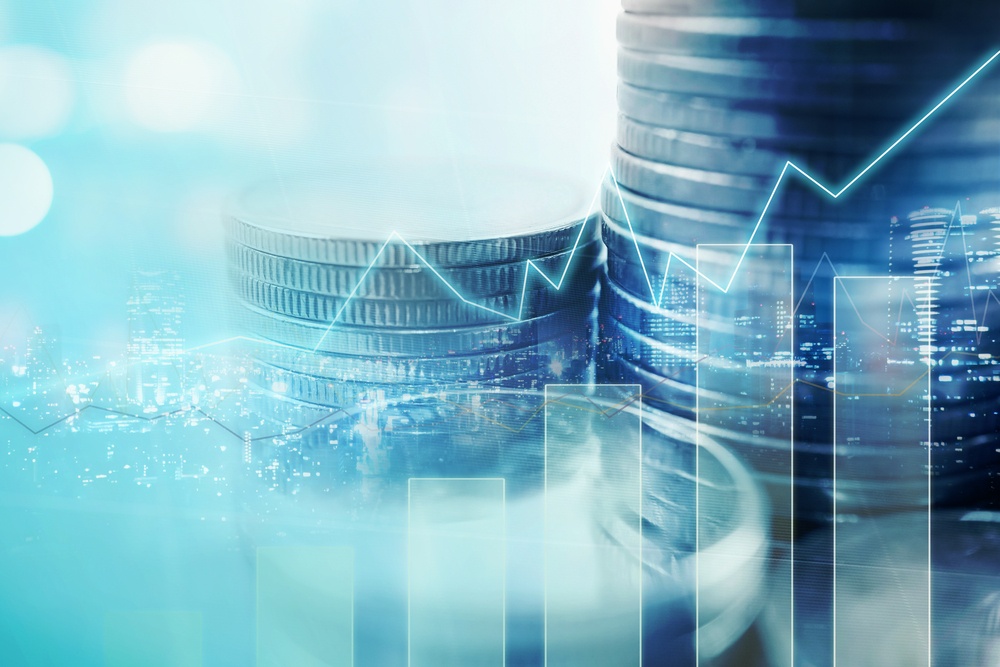 West Des Moines, Iowa – With an estimated population of around 57,000, this West Des Moines, Iowa is the second largest city in its surrounding area, the tenth largest in all of Iowa and was ranked in Money magazine as number 94 in the list of “100 Best Cities to Live and Launch,” back in 2008.

Recently, UnityPoint Health of the very same West Des Moines, Iowa has caught the attention of many media outlets throughout the nation as a direct consequence of its recent announcement that they were preparing to institute a brand-new venture fund worth an approximate value of over 100 million U.S. dollars.

This highly ambitious declaration was made on 22 May 2019 in New Orleans, Louisiana at a MedCity Invest Pop Health conference.

Prior to this bold statement, UnityPoint Health had been notoriously known for its chain of various different clinics, hospitals, in-home care, and other differing medical services that extended its way through the neighboring Illinois, Iowa, and Wisconsin area.

UnityPoint has been providing to a system of collegiate universities for nursing careers that include the likes of Allen College, Methodist College, St. Luke’s College, as well as Trinity College of Nursing and Health Sciences, all of which are based in Iowa, with the exception of the Methodist College being located in Illinois.

So, it comes as no surprise to see the organization leverage its loft revenue for such an innovative business deal that has the potential to create a dramatic impact in the medical field.

An Overview of the Medcity Invest Pop Health Conference:

During the discussion that ensued, Warrens made an emphasis on the screening process that his colleagues utilized to determine which startups they will work with, which was extremely thorough and extensive, to say the least.

According to Warren, there is a weekly meeting held at UnityPoint Health lead by a group of their most innovative individuals who are tasked with the heavy burden of deciding which companies they should invite to pitch their business proposals.

In addition to making this very specialized selection, the team also considers which members of their teams of experts should be present during the screening process.

While the vast majority of these individuals are mostly generalists in their respective fields, they often call on the council of the handful of experts within the organization when the occasion calls for a higher level of knowledge.

Over the years, he has noticed a general pattern in which, in most cases, the startups that they interview generally always have an outstanding idea to pitch but are lacking in terms of believing that they have the capacity that they can scale the business up to size.

In addition, Warren says that on certain occasions, just the opposite is the case where the funding is there, but that the viable solution provided is not fully thorough, in which case he concluded that, “The magic moment is when they have both. It’s a ‘no’ much more often than a ‘yes’, but it’s rarely ‘never’”.

He wrapped up this summary by making it a point to illustrate that they scrutinized the screening process as closely as they would any of their technological products. He pointed out all the reasons for which UnityPoint Health doesn’t hire out companies based on a pilot contract. Warren concluded with the following statement that beautifully captures the main problem UnityPoint Health has in picking its potential partners.

“I’m always surprised how much time a startup spends describing what the problem is. We already know what the problems are, so tell me more about your innovative solution.”

The Innovative Venture Fund at a Glance:

In her article, Midwestern hospital network launches $100M venture fund, Erin Dietsche directly references the UnitedPoint Health website to provide a thorough review of what is being described as The Innovative Venture Fund. Accordingly, the founders behind the project are hoping to create easier collective solutions for the intended purpose of providing excellent personal care.

Under this overarching objective, UnityPoint Health is dedicated to supplying its clients with a more simple, efficient, and otherwise more personal experience, which they hope to achieve through a collaborative investment in an exchange between collaborators and ideas.

The Innovative Venture Fund plans on accomplishing this mighty feat by financing different startup organizations in their early stage developmental phases across a platform consisting of four primary areas which are that of healthcare services, digital health, therapeutic spaces, as well as supplying them with medical devices.

Some speculate that the investments of the fund could help shed light on CBD-focused companies, thereby establishing some of the health benefits of CBD.

Partnered with the likes of Health Catalyst, Health Velocity, and Heritage Group as indicated by their vast portfolio, UnityPoint Health adheres to a strict set of guidelines or a kind of philosophy for investments. The guidelines are based on the principles of coupling clinicians, operations leaders, and leading entrepreneurs in the respective communities in order to discover the most effective means possible for test and scale solutions in order to reduce the overall cost of quality healthcare.

It is following this rigid philosophy that has allowed UnityPoint Health to grow their portfolio of companies they partner with exponentially, while simultaneously providing them with ample grounds to boast their ability to identify or access the type of healthcare that people not only need but want, which is of the utmost significance to their organization.

The Men Behind the Fund:

The men responsible for leading the team at this Iowa based hospital are none other than Matthew Warren the Managing Director himself, who it is worth mentioning has a long history of similar experiences as the Vice President of Innovation Partnerships at OSF Healthcare.

In addition to Warren, the team also consists of Kent Lehr who acts as the Vice President of Strategy and Business Development at UnityPoint Health.

Lehr began his admirable career as an administration fellow at UnityPoint Health back in 2010 after a respectable collegiate run at Cornell University where he received a bachelor’s degree in Biochemistry and Molecular Biology, after which he then went on to obtain a master’s in both business and health administration. As the VP of Strategy and Business Development, Lehr is responsible for overseeing both the development and distribution of strategy, growth, innovation, and project management efforts.

As for Warren, he began his long career at Bradley University where he pursued their executive MBA program, after which, he went on to Southern Illinois University and obtained another prestigious degree in Healthcare Administration. With over twenty years of experience in the healthcare industry, Warren is passionately dedicated to a noble cause of transforming the healthcare industry into a kind of practical science committed to creating for a preventative culture for the intended purpose of improving  individual’s quality of life.

Possible Implications of the Deal :

It is difficult to gauge exactly how much of an impact that his financial move will have in the medical field. However, it is safe to say that it will be large, which was a point that Dennis Depenbusch, director of BlueCross Blue Shield of Kansas’ New Ventures Initiative made as he concurred that, “[The fund] is huge for the impact that it will make on our citizens and rural America.” This statement was issued by Depenbusch right after the Medcity Invest Pop Health conference.

That being said, one might begin to assess the overall effect this fund will have when assessing a variety of factors such as that of how UnityPoint Health is already a leading titan in providing in-home care service across the nation as one of America’s most established integrated healthcare systems.

This move will only act to further develop a healthcare giant with a vast network of connections ranging from some 280 clinics, 30 plus hospitals, as well as differing in-home care services offered throughout nine regions, with an employment roster reaching over 30,000 employees.

What makes it most difficult to assess the potential that this financial move will have is that of the independent variable found in the services that it is willing to provide in the area of digital health specifically.

In recent years, the technologies associated with this field have skyrocketed out of proportion, especially in the last year or so, leaving experts wondering as to whether or not we are witnessing a bubble within this niche market.

While integrating digital technologies with healthcare, services, living, health and society, to augment the overall quality of healthcare and providing for a more precise and individualized medical experience is only one of the many concerns for the people at UnityPoint Health, it will be interesting to see how this story develops in the years to come, and what they make of this extraordinary move. 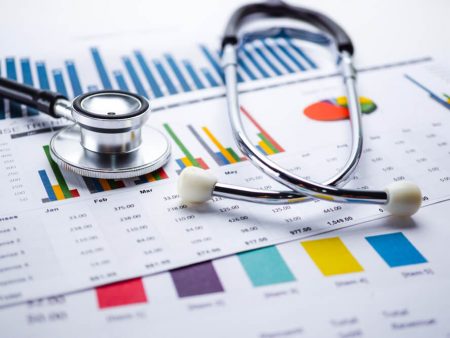 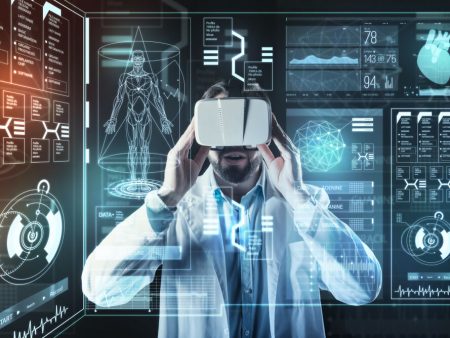 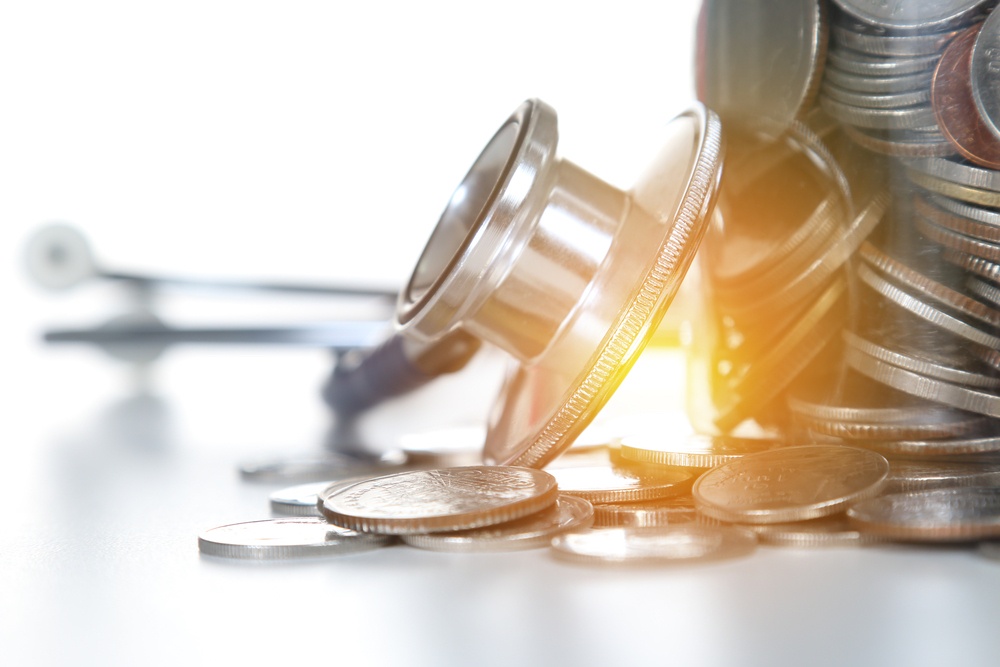 Investing & Startups
Change Healthcare files for an IPO to cover over $5billion in debts
July 30, 2021
4720