Up until the past decade or so, mental health services used to be an afterthought in U.S. healthcare. Thankfully, things have positively shifted with people getting more comfortable seeking professional help whether in a doctor’s office or via telemedicine.

The Affordable Care Act has also dramatically expanded access to mental health and addiction treatment, requiring insurance companies to cover these services with benefits that are equally as favorable as the benefits for medical and surgical care.

One in five American adults will experience a mental illness at some point, but the statistics are even more troubling when it comes to specific groups, particularly military veterans. Being in combat and going through multiple deployments takes a serious toll on most vet’s mental health. About 20 percent of returning Iraq and Afghanistan veterans suffer from either major depression or post-traumatic stress disorder (PTSD) and 25 percent show signs of substance abuse disorder.

The Department of Veterans Affairs is making consistent efforts to ensure that veterans are successfully transitioning to their civilian lives. Still, new findings from the National Academies of Sciences, Engineering and Medicine show that more resources are needed. 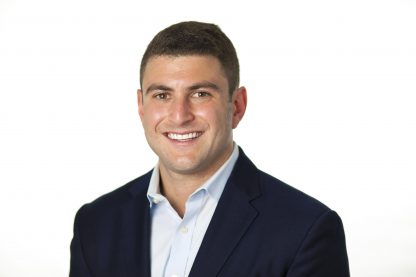 Eric Frieman didn’t need a study to convince him of the unmet needs for mental health care among veterans back in 2016, when he quit his job to start Veteran & First Responder (VFR) Healthcare. Frieman, who was recently named on Forbes’ 2018 30 Under 30 List in the healthcare category, experienced firsthand the lingering effects of military deployment.

At 19, Frieman saw his older brother being sent to Iraq and with that came the fear that they might never see each other again. “All of a sudden I realized the possibility of potentially having to execute my brother’s will,” Frieman recalled.

Frieman went on to become the Director of Finance for Elements Behavioral Health, one of the largest addiction treatment providers in the country. It was during this time when the realization of a widely unmet need for effective, affordable mental health care for veterans and their family members really sank in.

Meanwhile, his brother who just returned home, had trouble finding a support system. “I realized it was something I was passionate about and was willing to do whatever it takes, so the next step was quitting my job to start the company,” Frieman said.

It wasn’t very hard for then 25-year-old Frieman to convince a handful of strong medical leaders and highly renowned professionals in the fields of substance abuse and behavioral health that his idea is worth pursuing. Dr. Robert L. Pyles and Dr. John Rodolico, both veterans, decided to come onboard as Chief Medical Officer and Chief Clinic Officer respectively.

Frieman wanted to make sure that all business decisions were made in the best interest of the military population. He started looking for a co-CEO from the ranks of veterans. “I didn’t think it was right to have a company whose leader doesn’t work with the conditions and services associated with the military,” he said. One of his brother’s best friends from the military who struggled with alcoholism said yes to his proposal. “He was in recovery so he was the perfect person to partner with me.”

VFR Healthcare has now blossomed into a 60-employee company that serves over 250 people, both veterans and civilians. Its three main locations in Manchester, New Hampshire, Greensburg, Pennsylvania and Paramus, New Jersey offer individual and group therapy focused on drug and alcohol abuse.

VFR Healthcare programs and services are covered by most major health insurance companies, including Tricare and Veterans Choice.

Because not all veterans can afford health insurance, the company has a sliding fee scale, which allows patients to get discounts proportionate to their income. “Our philosophy is that financial means should never be a barrier to getting care,” said Frieman. “If someone is only making $10,000 a year, they’re going to be paying a very discounted rate for our services.”

There are several other attributes that makes VFR Healthcare unique.

For example, many staff members and clinicians are veterans and first responders themselves. Moreover, from office managers to psychiatrists, the entire staff is trained in military cultural competence, which gives them an even better grasp of the military values and the specific needs vets have. “That’s a crucial piece that we do and others don’t,” Frieman said.

As opposed to other clinics, VFR has a holistic approach to treating trauma. Instead of addressing the addiction and the mental health issues separately, the company works on treating both at the same time.

The company’s Relapse Prevention and Recovery Support programs help patients stay on track with recovery, while still carrying on with their lives and maintaining stable jobs. There’s also a great emphasis on family counseling. A lot of times, Frieman added, veterans have a hard time articulating what they’re going through: “It’s important for families to understand and learn how to help a loved-ones stay sober.”

Reintegration in their non-military community along with survivor’s guilt are actually two of the most common issues plaguing vets. Without the brotherhood created on the military base, the outside world can feel “foreign,” Frieman explained.

Partnering with the government to drive down suicide rates

According to the U.S. Department of Veterans Affairs (VA), an average of 20 veterans die by suicide each day.

Determined to drive down these numbers, VFR made suicide prevention its top clinical priority. In June 2018, the company, stroke a first-of-its-kind partnership with the VA, a huge accomplishment considering this is the first time VA has teamed up with a private organization.

Being a trailblazer in this field is not can be quite challenging, Frieman admits. “Every morning when I wake up its a fight no matter who it is with. Some days it might be that I have to prove an insurance company that a treatment is necessary.”

Obstacles aside, the CEO said more insurance companies are seeing the need for quality mental health treatment for veterans and general public alike and that is enough to keep him going.

“My dream is to open throughout the U.S. There’s a lot to do, but I am very positive. I don’t think many others are fighting like we are.”

Investing & Startups
Three Healthcare Companies to Keep an Eye on if Investing in Stocks This Year
May 17, 2022
131