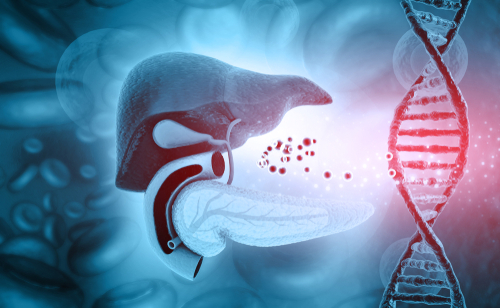 Biotech company, Vital Therapies’ stock plunged by almost 89 percent after a Phase III trial of its cell based therapy for liver failure flopped.

Reuters reported that Vital was worth $267 million as of Tuesday, but its shares fell 73 percent to $1.70 from $6.30 “in premarket trading and were headed for an all-time low.”

Later in the day, the company’s stock fell to 70 cents.

Vital said it would stop any further development of its cell therapies and was exploring its strategic options after ELAD, the company’s cell-based therapy for treating liver failure, did not meet the study’s primary goal of improving survival rates in patients.

The company said its study “failed to meet the primary endpoint of a significant improvement in overall survival through at least 91 days assessed using the Kaplan Meier statistical method.  The secondary endpoint of proportion of survivors at study day 91 also showed no statistically significant difference between the groups.”

The San Diego-based company said it did not believe the ELAD System could get U.S. or European Union approval without further “clinical trials that would require substantial capital and time to complete.”

Vital’s flagship therapy was the VTL-308, a randomized, open-label study for the treatment of severe alcoholic hepatitis, which is an inflammation of the liver caused by drinking alcohol. The study had 151 patients.

The Biospace website said the ELAD System was designed to promote the recovery and regeneration of the patient’s failing liver, with the potential to increase the rate of survival.

In simplifying the definition of the ELAD System, the Motley Fool website described it as “a pound of healthy liver cells that are steadily infused into a patient’s bloodstream.”

Before the announcement that the Phase III trial had failed, Vital had posted on its website that the ELAD System had been granted “orphan drug status” by the U.S. Food and Drug Administration and the European Medicines Agency (EMA) for the treatment of acute forms of liver failure.

The FDA gives orphan status to drugs and biologics that are defined as those intended for the safe and effective treatment, diagnosis or prevention of rare diseases or disorders that affect fewer than 200,000 people in the U.S., or that affect more than 200,000 persons but are not expected to recover the costs of developing and marketing a treatment drug.

Vital had also hoped that ELAD could support a patient’s liver function until the donated organ regenerated to a size large enough to become independent of external support, or it could enable transplantation of smaller liver fragments than typically used.

ELAD was also meant to be a treatment for post-surgical liver failure, including in those patients with primary liver cancer, who undergo resection of the cancerous part of the liver.

Besides treatment for liver failure, Vital does not have anything else in the clinical development pipeline and its future may be uncertain.

Had the trial succeeded, Vital had hoped to submit a Biologics License Application (BLA) to the FDA for ELAD in the second half of 2019.

Vital has experienced previous failure before with ELAD

In 2015, Vital also experienced failure after a late-stage trial of ELAD failed to achieve its targets.  At that time, the company lost close to 75 percent of its market value.

After the failure of its first program, Vital moved to modify its target population, saying reduced ELAD tolerability in subjects with higher Model of End-Stage Liver Disease (MELD) scores, exacerbated in older subjects, contributed to the overall failure of the study.

For VTL-308, the company excluded patients above the age of 50, those with kidney dysfunction and those with serious blood coagulation problems, but still this did not improve results.

Interestingly, four days before Vital announced the failure of its ELAD System, which led to the subsequent collapse of its stock, the company had been rated as one of three biotech companies that could double an investor’s stock.

An analysis by Cantor Fitzgerald had speculated on Vital’s Phase III trial and concluded that the “odds of success seem awfully high.”

It is estimated that up to 100,000 Americans are diagnosed with alcoholic hepatitis annually, 80,000 suffer from other acute forms of liver failure.  Had the trial succeeded, the Motley Fool website projected that demand for liver therapies would soar; donor organs are chronically in short supply.