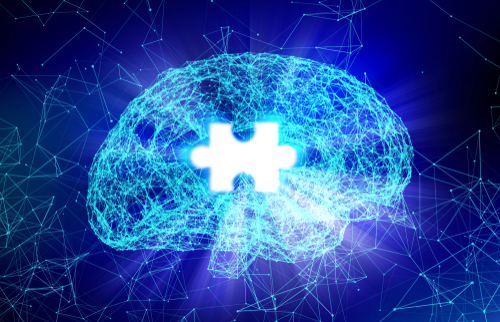 What do Alzheimer’s and Parkinson’s have in common?

Alzheimer’s and Parkinson’s diseases are some of the common neurological disorders affecting tens of millions of people all over the world. An estimated 50 million people were living with dementia and Alzheimer’s disease last year. Every 20 years this number is expected to double, affecting an estimated 75 million by 2030. Even though Parkinson’s is not as widely spread, more than 10 million people worldwide are currently living with it.

The most important commonality between the two diseases is that there are no treatments to stop or reverse either of them; all available treatments are only able to partially deal with the symptoms. Parkinson’s disease (PD) was identified by James Parkinson nearly 100 years before Dr. Alois Alzheimer described the dementia later dubbed as Alzheimer’s disease (AD).

Parkinson’s disease is diagnosed after a patient exhibits at least two of the three following symptoms: slowed movements (bradykinesia), muscle rigidity, and tremor (while resting). Patients may also show other signs associated with PD such as trouble getting up from the seated position, difficult swallowing, expressionless face, speech in low hushed tones, cramped handwriting, shuffling gait.

Symptoms of both Parkinson’s disease and Alzheimer’s disease are caused by specific neuronal and glial cell destruction. In AD, plaque and tangles of brain cells are easily found; in PD microscopic findings prove loss of cells that produce dopamine. This is an important brain chemical which sustains nerve cell communication, in the substantia nigra, which is a part of the brain that regulates movement.

What do DUBs do for brain cells and why is collaboration between Mission and AbbVie so important?

Both Alzheimer’s and Parkinson’s patients have an abnormal accumulation of misfolded, toxic proteins, which cause impaired functions and the death of nerve cells in the brain. DUBs basically regulate the degradation of these particular proteins, thus ensuring the cells remain healthy.

This new collaboration will bring together Mission’s unique science, chemistry and proprietary enzyme platform and AbbVie’s strong neurodegenerative disease research, development and commercialisation capacity, in the hope of a lucrative arrangement which will benefit both companies.

This is not the first successful collaboration for AbbVie, which signed an agreement with Principia Biopharma in June 2017, and also supported Alector to find a cure for Alzheimer’s disease in 2018.

By modulating specific DUBs within the brain, AbbVie and Mission seek to develop potential therapeutics that will enable the degradation of these toxic proteins and prevent their accumulation.

Although financial details about the agreement have not been disclosed, AbbVie will pay Mission an upfront license fee and Mission is also eligible to receive success-based milestone payments and royalty payments for each commercialized product. Mission’s lead DUB programs, including USP30 and USP10, are not part of this deal.

The collaboration is meant to last through the research stage in order to identify specific DUBs. As part of the deal, AbbVie has the option to develop and commercialize DUB inhibitors against up to four selected targets.

Dr James B. Summers, Vice President, Neuroscience Discovery Research at AbbVie had this to say:

“There is an urgent need for new treatments that will make a positive impact on the lives of patients with Alzheimer’s and Parkinson’s disease. Mission’s scientists have developed impressive early research toward the understanding of these diseases. Together, we will work to advance this early science and develop meaningful therapies.”

Dr. Anker Lundemose CEO of Mission Therapeutics also said: “AbbVie is one of the world’s leading biopharmaceutical companies, therefore having them as our first major collaborator is a great validation of our science. It also marks a significant milestone in our strategic aim of realising some of the value of our DUB expertise through key industry partnerships.”

He added, “The AbbVie team brings complementary capabilities and expertise as well as finance, and we greatly anticipate working with them. Together we can advance the development of Mission’s best-in-class, DUB technology platform to find effective treatments for these unmet neurodegenerative diseases.”

AbbVie is a global, research and development-based biopharmaceutical company committed to developing innovative advanced therapies for some of the world’s most complex and critical conditions. The company’s mission is to use its expertise, dedicated staff and unique approach to innovation to markedly improve treatments across four primary therapeutic areas: immunology, oncology, virology and neuroscience. Every day, in more than 75 countries, AbbVie employees are working to advance health solutions for people around the world.

Mission Therapeutics is an early-stage drug development company targeting the ubiquitin pathway for the treatment of neurodegenerative disease, rare mitochondrial diseases, fibrosis and inflammation. The company has built a leading platform for the discovery and development of first-in-class, small-molecule drugs that selectively target deubiquitylating enzymes (DUBs) – an emerging drug class that is attracting significant commercial interest in the area of protein homeostasis.

Mission has strong links with key academic and research centers, including leading UK centres, in neurodegenerative diseases as well as Prof. Jackson’s Cancer Research UK Laboratories at the University of Cambridge Gurdon Institute. The company is managed by a team with broad international, commercial and clinical-science experience.