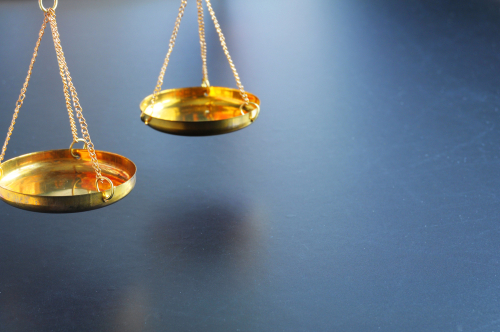 The Department of Justice has announced that Actelion Pharmaceuticals, a subsidiary of Johnson and Johnson, has agreed to a $360 million settlement after being accused of giving kickbacks to Medicare patients using its hypertension drugs.

Federal prosecutors alleged that between 2014 and 2015, before it was acquired by Johnson and Johnson in 2017, Actelion used a charity as a conduit to improperly pay the copay obligations of thousands of Medicare patients using its pulmonary artery hypertension treatments Tracleer, Ventavis, Veletri and Opsumit.

Assistant Attorney General Jody Hunt of the Department of Justice’s Civil Division, said the settlement showed that the government was committed to holding companies that paid illegal kickbacks accountable.

“Pharmaceutical companies cannot increase drug prices while engaging in conduct designed to defeat mechanisms put in place to check such prices and then expect Medicare to pay for the ballooning costs,” Jody said in a statement released by the DOJ.

“Such conduct not only violates the anti-kickback statute, it also undermines the Medicare program’s copay structure, which Congress created as a safeguard against inflated drug prices. During the period covered by today’s settlement, Actelion raised the price of its main PAH drug, Tracleer, by nearly 30 times the rate of overall inflation in the United States,” United States Attorney Andrew E. Lelling for the District of Massachusetts said.

Following concerns that drugmakers had improper influence over CVC, in 2017, the government stopped the charity from providing aid.

Reuters explained that drugmakers are prohibited from subsidizing co-payments for patients enrolled in Medicare, the government healthcare program for the elderly. However, companies may donate to non-profit organizations providing co-pay assistance, as long as those companies are independent.

Amid increased attention on rising drug prices in the United States, there has been concern that donations from drugmakers to patient-assistance groups may be contributing to price inflation, the news agency reported.

The Biopharma Drive website explained that copays had been included in Medicare to keep healthcare costs in check. However, pharmaceutical companies had found a way around this by donating to copay charities in an effort to counterbalance this financial disincentive.

“Those donations, as the government’s argument goes, help charities cover patient copays, effectively ensuring the drugs are used and Medicare is billed for pricey therapies,” the website said.
Office of the Inspector General of the Department of Health and Human Services’ Boston Regional Office Special Agent in Charge Phillip Coyne said kickback schemes had the potential to undermine the country’s healthcare system, compromise medical decisions, and waste taxpayers’ money.

“We will continue to hold pharmaceutical companies accountable for subverting the charitable donation process in order to circumvent safeguards designed to protect the integrity of the Medicare program,” Coyne said.

As part of the settlement, Actelion did not agree to any wrongdoing, with the government explaining that the “claims resolved by the settlement are allegations only; there has been no determination of liability.”

Actelion Pharmaceuticals’ settlement has become the largest to result from an industry-wide probe into drugmakers’ support of patient assistance charities.

Johnson and Johnson acquired Actelion for $30 billion in June 2017.

Other companies caught in government dragnet

This is not the first time the CVC is in the eye of a storm. In 2017 the foundation was at the center of a $210 million settlement by United Therapeutics Corp over allegations the company improperly used the charity to cover co-payments.

A number of companies have paid similar settlements since the industry-wide crackdown on violations of the anti-kickback statute. In May, Pfizer agreed to a settlement of $23.85 million following similar allegations.

Gilead Sciences, Novartis, and Regeneron Pharmaceuticals have also confirmed that they have received subpoenas on similar charges.