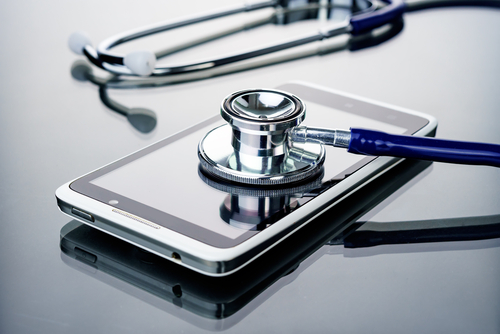 Ada Health, has partnered with Fondation Botnar, a Swiss foundation, to launch a free artificial intelligence-powered app that allows users, particularly in areas with poor health service delivery, to check their symptoms and seek appropriate care.

The app is part of Ada’s Global Health Initiative, which also has support from the Bill and Melinda Gates Foundation.

How the partnerships will operate

Ada said the partnership is part of Fondation Botnar’s focus on “exploring innovative approaches to support and empower health workers, extending their knowledge with artificial intelligence-enabled solutions such as Ada, so they can better assess and guide patients when a doctor isn’t immediately available.”

Fondation Botnar uses the latest technological innovations to improve the health and wellbeing of children and adolescents in low-and-middle-income countries across the globe.

Of the partnership with Fondation Botnar, Ada Chief Executive Officer and Founder, Daniel Nathrath said: “By partnering with organisations that share our vision for the future of healthcare, we are increasing Ada’s impact in developing economies, and moving forward our mission to make quality, personalised care a reality for everyone.”

Fondation Botnar Chief Executive Officer, Stefan Germann, said the partnership with Ada will focus on addressing the shortage of health workers “in East Africa and Romania by using AI to help adolescents and families access high quality health guidance for their physical and mental health. The project will also provide valuable insights to Fondation Botnar and Ada as we look to expand this innovative approach to other low- and middle-income countries.”

On the other hand, Ada’s partnership with the Bill and Melinda Gates Foundation is meant to “explore the efficacy of AI-powered self-assessment technology in recommending specific diagnostic tests and improving patient outcomes. Ada will analyse millions of self-assessment cases from sub-Saharan Africa, Southeast Asia, India and South America to identify the diagnostic tests that, when combined with AI, could deliver the biggest impact in LMIC (lower- and middle-income countries).”

Ada shifts focus to Sub-Saharan Africa and other regions

Ada Health’s app is available in Germany, the United States, and Canada, but it is in sub-Saharan Africa and Asia where it is likely to have the most significant impact, as these are regions with large populations whose healthcare needs are unmet.

The app has integrated the Swahili language, the language spoken by a majority of people in East Africa. There are also plans to launch in Romania to increase access to healthcare to a country where people have limited access.

Ada said the app will initially focus on families and adolescents in areas with limited access to healthcare, with the company aiming to reach 2 million people in East Africa and Romania within three years. It is estimated that a third of Ada’s users are from rural and less developed healthcare markets, such as India, Asia, and Africa.

Nathrath said since they launched Ada, they had heard “stories about how the app has improved or even saved lives. Often these stories come from parts of the world where it can be extremely difficult to see a doctor or get professional medical advice – but where people do own, or have access to, a smartphone.”

How the apps works

The Ada app guides users through their symptoms and gives advice on what the causes of an ailment could be and offers advice on what steps to follow next. Ada’s AI-enabled app can track symptoms so that conditions such as diabetes and arthritis can receive earlier intervention.

Nathrath said the app “helps you get a better idea of the medical condition that’s causing symptoms, and then helps you make an informed decision about next steps. In Tanzania, often the best option will be to find out where the closest community health worker is.”

As part of the Global Health Initiative, Ada, which was founded in 2011, will conduct research on how “self-check ups powered by AI can support health care in developing countries, with an emphasis on preventing potentially deadly epidemics. The software will be customized for certain countries by collecting data on the prevalence of diseases, like malaria, that are more common in the developing world than in the west,” Bloomberg reported.

Business Insider reported that the Ada app is presently the highest ranked medical app in more than 130 countries, with an estimated 45,000 cases entered into the app’s algorithm daily and up to 6 million patients have interacted with Ada.

While the Ada app has scored some successes, it is in Africa where it will face real tests, as the app depends on internet connectivity and the use of smartphones, which can be beyond the reach of many, particularly in rural areas.