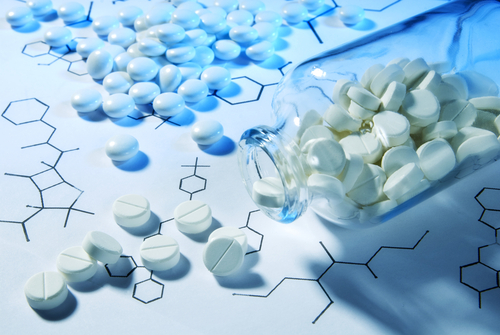 After losing a court case in Delaware last week, which caused the shares of drug company Akorn Inc. to take a plunge, Raj Rai, the company’s CEO, will step down.

A merger that did not go as planned

German drugmaker Fresenius Kabi, a subsidiary of Fresenius SE & Co. KGaA, announced a merger with Akorn in April 2017, and the deal was approved by Akorn shareholders in July of last year.

Earlier this year however, the deal unfortunately went south, when Fresenius reportedly discovered “alleged breaches of FDA data integrity requirements relating to product development at” Akorn. After Fresenius called off the deal in April, the two sides went to court to fight because Akorn filed suit in a Delaware court to ask the judges whether “Fresenius Kabi AG be required to fulfill its obligations under the definitive merger agreement.”

According to Fresenius officials, the “alleged breaches” weren’t found until after the merger deal was announced.

Many high-profile merger related disputes are taken to court in Delaware, corporate home to more than half of U.S. public companies and over 60 percent of Fortune 500 firms. Its chancery court specializes in quickly hearing big-dollar business cases. This case was special because it was the first time the Delaware trial court had decided whether an acquiring company can cancel a purchase because the target’s business experienced a “material adverse change” before the deal closed, and the first time the Delaware Supreme Court had upheld such a finding.

This recent final decision, which puts an end to the Akorn-Fresenius merger, is considered a landmark in law making, as Delaware judges have mostly compelled buyers to respect their merger deals. This decision becomes a dangerous precedent.

“Deal lawyers are sharpening their pencils right now to figure out how to rewrite these clauses to make it either harder or easier for bidders to walk away from future deals,” Joseph Grundfest, professor at Stanford Law School said on the matter.

Company shares dropped after the announcement

Akorn shares dropped last Friday by 37 percent, their lowest intraday price in over eight years. Trading in the stock was halted for a time after the appeals court issued its three-page ruling. The stock is down nearly 87 percent this year. According to financial analysts, the company will probably need to ask investors for another handout soon, since it closed in September with just $275 million in cash and cash equivalents, after operations lost an impressive $192 million in the first three quarters.

It is not the first case of a company suffering massive losses. Biotech company, Vital Therapies’ stock plunged in September by almost 89 percent after a Phase III trial of its cell based therapy for liver failure flopped. The court decision Akorn has to face is different because it does not have a direct link to its scientific performance, although some think the company would be better off with new leadership. Analyst David Amsellem wrote in an email, according to fortune.com, the company “could benefit from a new leadership team that is better versed in manufacturing operations and generics R&D”.

When will Raj Rai leave the company?

After the court loss was made public, Akorn announced CEO Raj Rai will retire. He has worked for the company, after almost 10 years at the helm, since he was appointed interim CEO in June 2009, then CEO in May 2010.

Rai is considered to be a protege of John Kapoor, who served as Akorn’s CEO from 1991 to 1998, is facing federal racketeering charges related to his new company, Insys Therapeutics Inc. He is accused of bribing doctors to get them to ramp up prescriptions of an opioid painkiller, and has pleaded not guilty.

Rai, who holds 23 percent of Akorn, agreed with company directors that his departure “will be treated as a resignation for good reason,” according to an Akorn filing with the U.S. Securities and Exchange Commission. Rai, who was in court in Delaware on December 5th for the appellate arguments, had total compensation for 2016 of more than $7 million, according to SEC filings. He would have been entitled to a $2.1 million cash payment as of Dec. 31, 2017, under an Akorn severance plan, if he had been terminated “without cause or good reason”, according to another regulatory filing.

What are the company’s plans to regroup?

After the “disappointing decision” in the Fresenius case, as Akorn officials put it, the Lake Forest, Illinois-based company would “move forward and rebuild shareholder value”.

Akorn said its board is searching for a successor to Rai, who will stay until such a person is  named.

“We recognize that this has been an extended period of uncertainty for Akorn’s customers, employees and investors and the board is committed to ensuring the company’s stability and long-term growth. While there is work to do, Akorn’s future remains bright thanks to its manufacturing, quality and generics expertise and is not dependent upon a consummated transaction with Fresenius,” said Alan Weinstein, Akorn board chairman, in a statement.