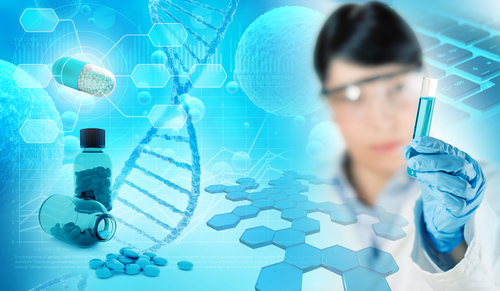 Allogene, closer to new drug after FDA approved its CAR-T study in lymphoma

There is good news for all patients suffering from relapsed/refractory non-Hodgkin lymphoma. A new drug is one step closer to helping them, after it has received FDA approval.

Who are the two partners in this endeavour?

Servier is an independent French based international pharmaceutical company, governed by a non-profit foundation, with headquarters in Suresnes. It is present in 149 countries worldwide and had a turnover of €4.184 billion in 2018. Servier employs 21,700 people. Entirely independent, the Group reinvests 25 percent of its turnover (princeps drugs) in research and development and uses all profits for the research and development of new therapeutic solutions. Corporate growth is driven by Servier’s constant search for innovation in five areas of excellence: cardiovascular, immune-inflammatory and neuropsychiatric diseases, cancer and diabetes, as well as by its activities in high-quality generic drugs. Servier also offers eHealth solutions beyond drug development.

Allogene Therapeutics Inc., is a clinical-stage biotechnology company pioneering the development of allogeneic CAR T (AlloCAR T™) therapies for cancer. Allogene is the sponsor of the ALLO-501 program. With headquarters in South San Francisco, led by a world-class management team with significant experience in cell therapy, Allogene is developing a pipeline of “off-the-shelf” CAR T cell therapy candidates with the goal of delivering readily available cell therapy faster, more reliably and at greater scale to more patients.

Right after its creation, Allogene began to make a powerful impact on investors. Founders Belldegrun and Chang raised a $300 million round of funding in spring 2018. This was immediately followed by a $120 million financing round, and topped with about a $300 million round last October. The combined amount comes to more than $700 million raised in half-a- year.

How will the study be conducted?

This recent FDA approval means the money was well spent.

The Phase 1 portion of the study is destined to establish safety and tolerability at -increasing dose levels of ALLO-501 in the most common NHL subtypes of relapsed/refractory diffuse large B-cell lymphoma (DLBCL) or follicular lymphoma (FL). Up to 24 patients will be included in the ALPHA Phase 1 which is scheduled to take place in the first half of 2019.

Allogene’s founders are satisfied with how the situation is progressing so far.

“I am very pleased with the Allogene team’s ability to accelerate the ALLO-501 program by securing the FDA’s clearance of our IND,” said David Chang, M.D., Ph.D., President, Chief Executive Officer and Co-Founder of Allogene. “This significant milestone for the company, as well as the planned initiation of the ALPHA trial, brings us one step closer to making CAR T therapy ‘on demand’ and more broadly accessible to patients when they are at a critical stage in their disease.”

NHL is the most common hematological malignancy in the United States

The therapy, called CART (short for: chimeric antigen receptor T-cell), consists of a complex process through which the patient’s own white blood cells, the T-cells, are re-wired to target the disease. AlloCAR T™ cell therapies are engineered from cells of healthy donors, which is intended to allow for the creation of inventory for on-demand use in patients. This approach is designed to eliminate the need to create a personalized therapy from a patient’s own cells, simplify manufacturing, and reduce the time patients must wait for CAR T cell treatment.

With 74,680 new cases and 19,910 deaths estimated in 2018, NHL is the most common hematological malignancy in the United States.  Of NHL cases in the US, B-cell lymphomas, such as DLBCL and FL, make up approximately 85 percent. DLBCL is the most common type of NHL in the United States, accounting for one out of every three cases. Patients are in serious need of an effective treatment. According to a retrospective study, patients with relapsed/refractory DLBCL who were not treated with autologous CAR T therapy, survived on average only six months. According to the same retrospective research, only seven percent of the patients attained a complete response.

“We are delighted that this program will soon be moving into the clinic. The upcoming clinical study will enable the teams to investigate the potential benefits of allogeneic CAR T therapy in patients with non-Hodgkin lymphoma, one of the largest hematological indications,” declared Patrick Therasse, M.D., Ph.D., Head of Servier Research and Development Oncology Department of Servier.

Servier and Allogene are developing UCART19 and ALLO-501 under a joint clinical development collaboration, and the drugs are exclusively licensed from Cellectis. UCART19 and ALLO-501 utilize the TALEN® gene-editing technology pioneered and owned by Cellectis. ALLO-501 and UCART19 both have the same construct and editing, but are produced via different processes. The UCART19 clinical program for the treatment of relapsed/refractory acute lymphoblastic leukemia (ALL) is sponsored by Servier. Allogene has exclusive rights to UCART19 and ALLO-501 in the U.S., while Servier retains exclusive rights for all other countries.