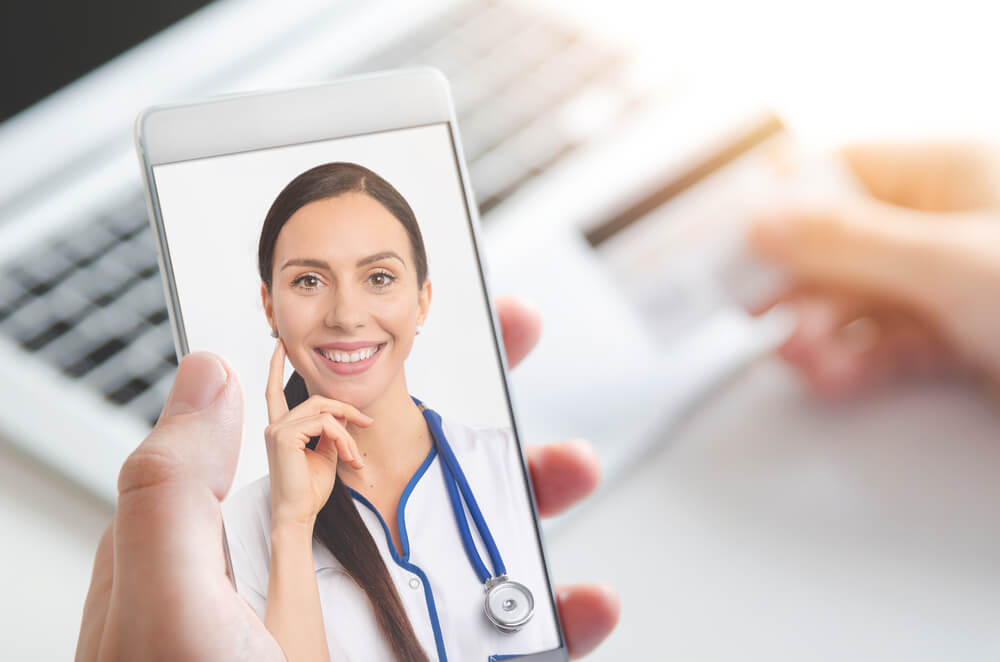 Amwell Confidentially Files For IPO As Demand For Telehealth Surges

About a month after bagging $194 million in a Series C financing round, telehealth giant Amwell has reportedly confidentially filed for an initial public offering (IPO).

CNBC reported that Amwell had confidentially filed for an IPO in the first week of June.  Goldman Sachs and Morgan Stanley were hired to lead the deal. The IPO is expected to take place in September, as per the outlet.

Telehealth has seen massive growth in the past few months thanks to the COVID-19 outbreak.  This may have inspired the timing for Amwell’s decision to file for an IPO.

In addition, the company said it had recently facilitated as many as 45,000 telehealth visits per day across the Amwell Platform. Furthermore, the number of active providers, clinicians who have completed at least one visit in the past year, has risen significantly, it said.

The Coinspeaker website speculated that Amwell, which was previously known as American Well, wants to take advantage of this uptick in the demand for telemedicine to raise more funds.

In May, Ido Schoenberg, the Chief Executive Officer of Amwell said the “past two months had accelerated telehealth by more than two years. We intend to build upon this momentum to transform healthcare with digital care delivery.“

Schoenberg was further quoted as saying the COVID-19 pandemic will give the healthcare industry “a newfound understanding of how digital plays a role in the fabric of healthcare. It is a new balance of physical versus digital.”

Amwell has been  very quick to take advantage of the coronavirus outbreak, with Healthcare Dive reporting that it has introduced new offerings such as one for physician practices with fewer than 100 doctors, a national COVID-19 response program and COVID-specific workflows. The company’s major clients include 240 health systems, such as Cleveland Clinic, Salt Lake City-based Intermountain Healthcare, NewYork-Presbyterian, and 55 health plans including 36,000 employers.

In May, Amwell was named the Best Overall Telehealth Solution by MedTech Breakthrough, an independent market intelligence organization that recognizes the top companies, technologies and products in the global health and medical technology market.

The award organizers said telehealth had skyrocketed into mainstream adoption in light of the COVID-19 global health pandemic, and people were seeing firsthand how telehealth is not just a viable solution, but a truly compelling tool within the healthcare industry with significant benefits to both patients and doctors.

James Johnson, managing director, MedTech Breakthrough, said: Amwell is a true industry leader with an unrivaled breadth of telemedicine offerings and ecosystem, representing the largest and most downloaded telehealth platform in the US for iOS and Android combined. We are thrilled to recognize Amwell with our ‘Best Overall Telehealth Solution’ award and we congratulate the company for breaking through the crowded digital health industry.”

READ
With $250 Million to Start, Cigna Ventures to Fund Innovation in the Healthcare System

Some health tech companies have recently gone down the IPO route. Livongo Health Inc. floated at $28 per share and peaked at $61.80 on June 3. Health Catalyst Inc. debuted at $26 per share with a closing share price of $28.18 on June 4, it was reported.

On the other hand, Teladoc, widely considered to be Amwell’s competitor, is reported to have had its stocks soar 88 percent, with most of the gains being made in February when the broader market spiked.

Telehealth has been a major beneficiary of the federal government’s loosening of laws that, in the past, made it difficult for patients to get online access from doctors in different states. But with the onset of the coronavirus outbreak, authorities lifted most of those limitations in an effort to help patients avoid unnecessary exposure to the disease.

Due to global stay-at-home orders and social distancing protocols, the demand for telehealth has been surging. It is projected that virtual health consultations are going to top 1 billion this year.

The past few months have seen a number of telehealth startups holding fundraising rounds. Recently, Medici raised $24 million in Series B financing, with the money to be used to accelerate the company’s growth. The global telemedicine market is expected to grow to $130.5 billion by 2025, a massive increase from the estimated $38.3 billion valuation in 2019.

A study by Rock Health found that digital health startups began 2020 very strongly, raising a record $3.1 billion over 107 deals in the first quarter of the year.

You can read our ultimate guide to telemedicine here.

Investing & Startups
Three Healthcare Companies to Keep an Eye on if Investing in Stocks This Year
May 17, 2022
138