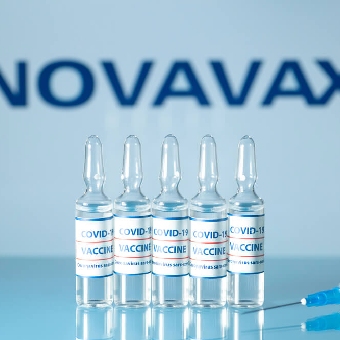 Baxter BioPharma Solutions and Novavax have entered into a sterile manufacturing agreement that will see Baxter will provide commercial-scale manufacturing services to Novavax. Novavax is a Maryland-based biotech company that has opted for the traditional approach of vaccine development against COVID-19.

Novavax needs the large scale manufacturing resources needed to develop their COVID-19 vaccine candidate- NVX-CoV2373. Novavax offloaded some of its manufacturing facilities in 2019 before the pandemic struck. As such, it has to rely on partnerships with contractors such as Baxter to manufacture its vaccines without further delays.

Novavax intends to develop and distribute the covid-19 vaccine at Baxter’s facility that’s located in Halle/Westfalen, Germany. NVX-CoV2373 has not been approved for distribution as it is still undergoing Phase III trials. Once it is ready though, it will be distributed in the United Kingdom and other parts of Europe.

Baxter’s Halle manufacturing facility is state of the art, boasting vast sterile manufacturing capabilities. It will offer Novavax current and best manufacturing practices with dedicated areas for vaccine production. This will ensure that the vaccine is created and distributed with maximum efficiency once it receives the approval it is waiting for. The facility has been in business for more than 60 years.

What do you need to know about Novavax’s NVX-CoV2373 vaccine?

Novavax announced that its vaccine NVX‑CoV2373 had enrolled more than 20,000 participants in its late-stage trials in November last year. Even though it is currently in its 3rd phase or trials, Novavax has been relatively slow compared to some of its competitors, namely Pfizer and Moderna but its clinical trials have so far shown a lot of promise.

NVX-CoV2373 vaccine relies on a tailor-made spike protein that’s designed to copy the natural spikes of the novel coronavirus. Novavax used its groundbreaking recombinant nanoparticle technology to design and create the NVX-CoV2373 vaccine.

Novavax utilized an insect virus known as baculovirus to transfer the coronavirus spike protein into moth cells, which then produce the needed protein. The protein produced is then harvested and mixed with an adjuvant.

The NVX-CoV2373 is a 2-dose vaccine. When it is injected into the body, it introduces a protein that forces an antibody response that blocks coronavirus from binding to human cells, thus avoiding infection. The special protein is mixed with Novavax’s Matrix-M adjuvant which boosts the body’s immune responses.

Unlike some other vaccines that must be frozen, the NVX-CoV2373 vaccine only requires refrigeration. It can also be made using existing lab equipment, which is great news for low-income countries that intend on manufacturing it in-house. The vaccine is also created in liquid form.

The vaccine is safe

A natural infection approach was used in the design process

Novavax’s approach to vaccine development has not exposed any participants to the actual virus during its clinical trials. Instead, researchers have been using a natural infection methodology. Novavax hasn’t been as quick as some of its competitors but when the NVX-CoV2373 vaccine is finally approved for use later in the year, it will go a long way in helping to reduce infection and transmission rates.

No information on impact teens and children

Like most COVID-19 vaccines, the NVX-CoV2373 vaccine was only tested on adults aged 18 and higher. The company has therefore not tested the vaccine on children or teens. There is no information available as to how the vaccine affects specific groups, such as people suffering from previous conditions. However, Novavax has pledged to make this information available during later-stage trials.

Who will get the NVX-CoV2373 vaccine?

Once the vaccine is approved for use, who gets the vaccine will be based on regulatory control by the state and the CDC.  Any vaccines, whether by Novavax or any other manufacturer, must go through the CDC first. The agency will advise states that receive the vaccine on how it should be prioritized.

As things are, healthcare workers and people in long-term care facilities will be the first to receive the vaccine. It will be some time before the vaccine is distributed throughout the population. Even though there isn’t a lot of information regarding when everyone else will receive the vaccine, state and local health departments are doing everything possible to move the process along with the few resources they have at their disposal.

What’s the future of COVID-19 vaccination?

Most vaccines have been proven to be effective. However, what’s still unclear is whether they are successful in preventing people from spreading the virus. This means that even though the vaccines available will go a long way in mitigating the virus, the future is still very unclear.

The vaccines available right now are also very limited, which is why they are being rolled out in stages and order or priority. As such, it has become quite difficult to predict when most of the population will receive their doses.

For now, mass events will probably remain canceled or postponed until the uptake is more widespread. The established restrictions such as curfews and social distancing guidelines will also have to be observed for the greater part of the year until the pandemic is declared over.

The world is finally hopeful that the pandemic will be brought to an end with at least 5 vaccines available in the global market. On the one hand, news of the availability of these vaccines has been well received. However, on the other hand, the cases of infections, hospitalizations, and reports of deaths continue to mount.

The vaccine roll-out has been slow, as different local, state, and federal healthcare systems struggle to keep the vaccination rate steady. For now, the best thing that people can do is stay safe and observe the recommended guidelines as they wait for their turn to get vaccinated.

Pharma
Pfizer-BioNTech Vaccine Gets FDA Nod For Use in Adolescents
May 28, 2021
136

Pharma
Amazon Seeks to Bring Convenience to Pharmacy Customers
May 26, 2021
155 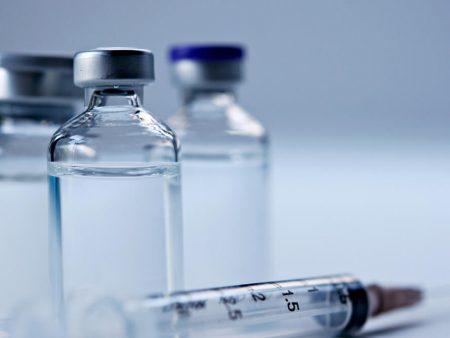 Pharma
Once-a-Week Insulin Treatment Could Be Game Changer in Treating Diabetes
May 23, 2021
238