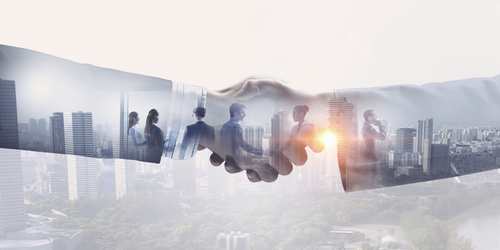 Bristol-Myers Squibb has entered into a definitive agreement to acquire Celgene Corporation in a cash plus stock deal worth $74 billion – a record biopharmaceutical transaction.

A statement announcing the deal said Celgene shareholders will receive one Bristol-Myers Squibb share and $50 in cash for each share of Celgene. “Celgene shareholders will also receive one tradeable Contingent Value Right (CVR) for each share of Celgene, which will entitle the holder to receive a payment for the achievement of future regulatory milestones.”

Additionally, if three of Celgene’s drugs receive Food and Drug Administration approval, the company’s shareholders will get an additional $9 for every current share of Celgene stock they held at the time of the merger, which CNN described as an unusual aspect in how the deal was structured.

CNBC reported that after factoring in debt, the value of the deal would soar to about $95 billion — making it the largest health-care deal on record.

The deal still has to be approved by regulators and shareholders.

With annual revenue of about $20 billion in 2017, Bristol-Myers Squibb is the eighth largest drugmaker in the U.S., while Celgene is ninth, with revenue of $13 billion. With the deal, the combined company could become the fourth biggest drugmaker.

With the deal, the combined company is seeking a foothold in a cancer market that has been described as congested. A press statement said the deal will create a leading focused specialty biopharma company well positioned to address the needs of patients with cancer, inflammatory and immunologic disease and cardiovascular disease through high-value innovative medicines and leading scientific capabilities.

Bristol-Myers manufactures Opdivo, which boosts the immune system to attack cancer. The drug is said to have fallen behind its leading competitor, Keytruda manufactured by Merck.

Bloomberg reported that by purchasing Celgene, “Bristol will get control of one of the most successful cancer drugs of recent years, the top-selling blood-cancer therapy Revlimid, which costs more than $100,000 a year. It will also gain a promising experimental CAR-T therapy being developed by Juno Therapeutics, which Celgene acquired in a $9 billion takeover deal last year.”

“With complementary areas of focus, the combined company will operate with global reach and scale, maintaining the speed and agility that is core to each company’s strategic approach,” the statement said.

The combined company hopes to launch six more products in the next 12 to 24 months, which could generate $15 billion in potential revenue.

Bristol-Myers Chairman and Chief Executive Officer, Giovanni Caforio said that together with Celgene, they were creating an innovative biopharma leader, with leading franchises and a deep and broad pipeline that will drive sustainable growth and deliver new options for patients across a range of serious diseases.

“As a combined entity, we will enhance our leadership positions across our portfolio, including in cancer and immunology and inflammation. We will also benefit from an expanded early- and late-stage pipeline that includes six expected near-term product launches. Together, our pipeline holds significant promise for patients, allowing us to accelerate new options through a broader range of cutting-edge technologies and discovery platforms,” Caforio said.

Celgene Chairman and Chief Executive Officer, Mark Alles, said that by combining with Bristol-Myers Squibb, they were delivering “immediate and substantial value to Celgene shareholders and providing them meaningful participation in the long-term growth opportunities created by the combined company.”

Mixed reactions to deal from shareholders

The deal reportedly excited Celgene shareholders, but their Bristol-Myers Squibb counterparts were less than enthusiastic about it. To illustrate this, Bristol-Myers’ shares slid 12 percent while shares of Celgene surged 25 percent shortly after it was announced. This raised the prospect of some Bristol-Myers investors disapproving the deal, as they may feel that their company was paying over the top for Celgene.

Investors were said to be wary about the two companies prospects in recent months, with an analyst saying: “Both companies were kind of limping into 2019. Combining gives them a little more scale and a little more strength.”

Bloomberg agreed with this, reporting that the proposed union of the “two companies represents a big bet that combined mass will help overcome the obstacles confronting their respective cornerstone products.”