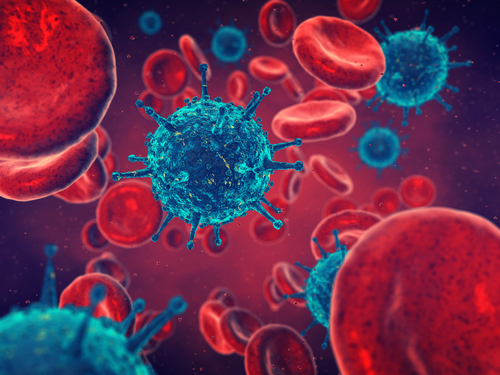 Researchers at the United Kingdom’s Imperial College London have developed a mathematical model that can predict an outbreak of human enterovirus up to two years in advance.

The researchers used Japanese data, which was collected between 2000 and 2014 for their study into enterovirus, which is described as one of the world’s most prevalent viruses.

Japan’s national disease surveillance system provided detailed information and broad data on enterovirus outbreaks and this provided a starting point for the research.

“Using 15 years of surveillance data from Japan (2000–2014) and a stochastic transmission model with accurate demography, we show that acquired serotype-specific immunity can explain the diverse patterns of 18 of the 20 most common serotypes (including coxsackieviruses, echoviruses, and Enterovirus-A71),” the study’s abstract reads.

“The model fitted the 15 years of incidence data remarkably well for 18 of the 20 serotypes examined,” the researchers were quoted saying.

One of the researchers, Margarita Pons-Salort said until this study, “we didn’t know what determined the frequency of these outbreaks or why some viruses seemed to cause large outbreaks in certain years”.

She explained that there were many types of enteroviruses, with some having outbreaks every year while in some cases it was two to three years.

After studying data collected between 2000 and 2014, the researchers were able to accurately forecast outbreaks in 2015 and 2016, and Pons-Salort reckons that their model is very accurate and has revealed that enterovirus outbreaks are highly predictable.

Model could be useful for prevention methods

“Our model will also help design vaccination strategies (i.e. who should be vaccinated and when), and anticipate the impact of the vaccine. For instance, it will allow us to calculate the proportion of children that should be vaccinated to avoid a new outbreak,” Pons-Salort said.

Cosmos Magazine said the ability to predict an outbreak would be a “boon for planning prevention measures such as vaccination, hand hygiene, and mask use.”

After the successful study of Japanese data, the researchers are now looking into other countries to see if the data can be replicated.

However, this could be a much more difficult task, as one enterovirus can have a different cycle in two countries. Cosmos Magazine gave the example of the enterovirus that causes hand, foot, and mouth disease, which it said has a one-year cycle in China but a three-year cycle in Malaysia.

The researchers – Pons-Salort and Nicholas Grassly of the Department of Infectious Disease Epidemiology at Imperial College London, in the United Kingdom – are said to be now working to understand how certain types of enteroviruses mutate, as this has also been observed to lead viruses being more transmissible between people.

The Science Daily website said in 2014 a particular strain in the U.S. was linked to severe respiratory illness in young children, and there are thought to be over one million cases of hand, foot, and mouth disease in China each year.

Pregnant women and new babies are also at risk of being infected by enteroviruses.

According to the study, which was published in the journal, Science, newborn babies would not have developed immunity to enteroviruses and if there is a baby boom, the chances of an epidemic are likely to increase.

It is estimated that there are more than 100 types of enteroviruses, with outbreaks peaking during summer and fall.

The European Centre for Disease Prevention and Control says enteroviruses are “are a group of viruses that cause a number of infectious illnesses which are usually mild”.

In a fact sheet, the agency explained that enteroviruses could cause serious illnesses if they infected the central nervous system.

“The two most common ones are echovirus and coxsackievirus, but there are several others. Enteroviruses also cause polio and hand, foot, and mouth disease (HFMD),” the agency said.

In most cases, people infected by enteroviruses can be asymptomatic or have symptoms like a sudden fever, while in other cases they may have mild respiratory symptoms, flu-like illness with fever and muscle aches, fever with a rash and gastrointestinal symptoms, the European Centre for Disease Prevention and Control said.

It said most illnesses caused by enteroviruses were mild, although in some cases patients could develop brain and heart conditions, pneumonia and hepatitis and the viruses can sometimes spread to the spleen, liver, bone marrow, skin or heart.