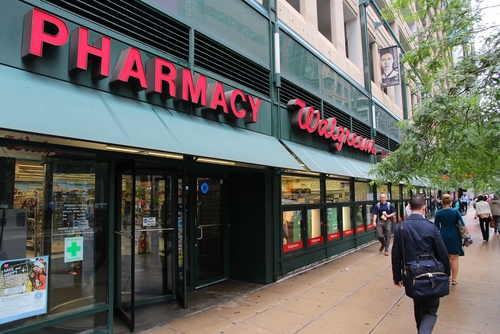 Controversy Over Funds for Emergency Pharmacy Benefits in Illinois

The Rauner administration is once again under fire. This time, three Illinois lawmakers seek explanations about funds that could keep independent pharmacies afloat.

The issue can be traced back to January 1st, when the Illinois Medicaid Managed Care program got a revamp. According to the Rauner administration, the new program, HealthChoice Illinois, is expected to save the state $1 billion over the next four years.

In recent months though, a number of Illinois lawmakers brought evidence that the reboot might be actually draining the state budget and forcing tens of businesses to close up shop. Including independent pharmacies.

Entire counties could be left without a pharmacy

PBMs such as CVS’ Caremark or Prime Therapeutics are the middleman between pharmacies, insurance companies, and drug manufacturers. They get to decide how much pharmacies are reimbursed and how much insurers pay.

A growing number of Illinois lawmakers say the contracts negotiated under the new Medicaid state program enables PBMs to make drastic cuts in reimbursements to independent pharmacies. Many local drugs stores complained of being paid at much lower rates compared to chain pharmacies; often below the cost of filling a prescription. Depending on the store, Medicaid can represent up to 40 percent of a pharmacy’s total revenue.

To ease the financial burden of these “emergency” pharmacies, Governor Rauner approved in early June $10 million in funding, but because the Critical Access Care Pharmacy Payment program has yet to be implemented, three Illinois representatives decided to step in.

Senators Andy Manar, Heather Steans, and State Rep. Greg Harris each sent a letter to Patricia Bellock, director of Illinois Department of Healthcare and Family Services (HFS) and demanded a timeline for getting the program started.

Brick-and-mortar pharmacies, or what are sometimes called “emergency” pharmacies, are usually located in a county with fewer than 50,000 residents and less than ten pharmacies. “Independent pharmacies all over Illinois are being forced out of business because of state policies and unfair competition,” said State Senator Andy Manar.

The Senate is now considering House Bill 3479, that would require HFS to pay pharmacies “fair and reasonable” reimbursement rates — at least equal to the former fee-for-service rates.

Interestingly enough, the Pharmaceutical Care Management Association (PCMA) representing PMBs, said in a written statement that HB 3479 would “grant a ‘blank check’ to independent drug stores. According to PCMA, the bill would “require higher payments for prescription drugs in Medicaid, while removing incentives to dispense lower-priced, equally effective options for patients.”

Without a legislative fix that will free up these funds, entire counties across the state might be left without pharmacies. Several drug stores have already closed in two Illinois counties, Mt. Zion and Lincoln. What’s more, CVS Health started sending letters to struggling pharmacies and asking if they would be interested in a buyout offer, according to the Illinois Pharmacists Association – “This is the definition of a predatory behavior.”

Currently, the measures to ensure PBMs utilize state tax dollars in a transparent way are little to none. This makes some lawmakers suspect PBMs of practicing ‘spread pricing,’ a scenario where pharmacists are being paid sometimes only a fraction of what the middlemen are charging the state, which is taxpayers millions.

These worries are not unfounded.

The state of Ohio, for instance, recently decided to terminate contracts with two PBMs, CVS Caremark and Optum, because of their use of “spread pricing.” According to a report, both companies charged the state 8.8 percent more than they paid to pharmacies to fill prescriptions.

From now on, PBMs hired by Ohio Medicaid’s five managed care plans will switch to a more transparent  “pass-through” model. That means pharmacy middlemen will be paid a straight administrative fee and forced to bill the state the same amount they pay pharmacists.

Other states have or are currently considering severing contracts with PBMs. West Virginia stopped working with them last year, while Kentucky is considering legislation that would require more transparency from pharmacy benefit managers.

While the Illinois HFS didn’t offer a clear-cut response, the Department said it is working with stakeholders to develop program guidelines and will keep the affected pharmacies in the loop about upcoming changes.

READ
5 Innovations That Will Change the Treatment of Heart Disease