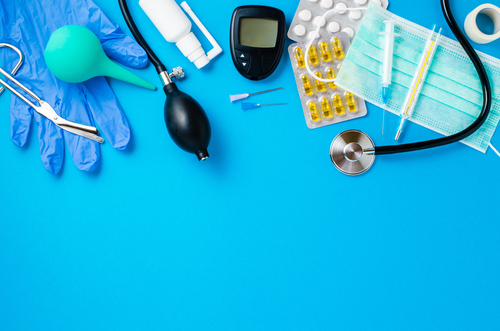 A bill that would prevent certain medical supply companies from gaining monopoly power has been introduced in the Illinois General Assembly.

The purpose of House Bill 5930 is to end payment cuts to companies that supply medical equipment for Medicaid patients. Currently, these providers get funding cuts of 10 percent to 50 percent from certain managed care organizations(MCOs), which could potentially lead to monopoly.

In addition, the bill prohibits MCOs from signing “sole-source” contracts with providers of durable medical goods. They also must pay suppliers at least 90% of the Medicaid “fee-for-service” rates. If passed, the bill could bring a twofold gain. First, smaller providers would get to keep their piece of Medicaid provider market pie. An increase in competition would be reflected in lower prices for patients.

According to McSweeney, the requirement for “minimum quality standards” was added to ensure that patients would be treated well by companies accepting low payments from IlliniCare Health.

One of the state’s contracted Medicaid MCOs, IlliniCare Health keeps some small medical equipment businesses at a distance with its mandated payment cuts.

Daniel Heckman, owner of Heckman Health Care, a diabetes equipment supplier in Decatur, Illinois, was taken aback by the agency’s rates. “That’s just not something we could live with,” he said. Heckman and his peers fear that more MCOs will model IlliniCare’s strategy and they will be forced to close up shop.

“The reimbursement reductions to medical equipment providers didn’t lead to monopolies in other states”, said Samantha Olds Frey, Executive Director of the Illinois Association of Medicaid Health Plans. According to Olds Frey, the draft of the bill contains some caveats: MCOs would pay some suppliers more than they are asking for.

Some, including Olds Frey, think Illinois taxpayers are benefitting from the current funding cuts, that are part of Gov. Bruce Rauner’s restructuring of Medicaid managed care.

The new Medicaid Managed Care Program, named “HealthChoice Illinois,” took effect on January 1 and was expanded to all 102 Illinois counties.
The program is expected to lead to annual savings of $200 million to $300 million, with total savings amounting to $1 billion over the course of the four-year contract, according to Illinois Department of Healthcare and Family Services estimations.
“There has been no independent analysis to show that it is going to save money in the short term or the long term,” McSweeney said.

He hopes the bill will be passed in the Democratic-controlled General Assembly during the 2018 fall veto session or 2019 spring session.

The importance of medical equipment in the healthcare chain

The medical supply industry is an important pillar of the overall healthcare system. High-quality medical equipment and services translate to fewer expensive hospitalizations, thus increasing savings to the local budget.

For children with severe disabilities, medical devices such as portable oxygen, feeding tubes and ventilators can make the difference between life and death.
Last year, Sen. David Koehler of Peoria made a legislative proposal similar to McSweeney’s, but his bill failed to advance in the General Assembly.
“While some believe the state should have no role in assisting businesses, it’s different when we are talking about life saving equipment for young children,” Koehler said.

Like McSweeney, Koehler questioned whether the rate cuts would serve “only to send more tax dollars to for-profit medical corporations.”

Their skepticism is backed up by a report from the Illinois auditor general. The Rauner administration failed to track down over $7 billion of taxpayer dollars in payments made to and by MCO, according to the report.