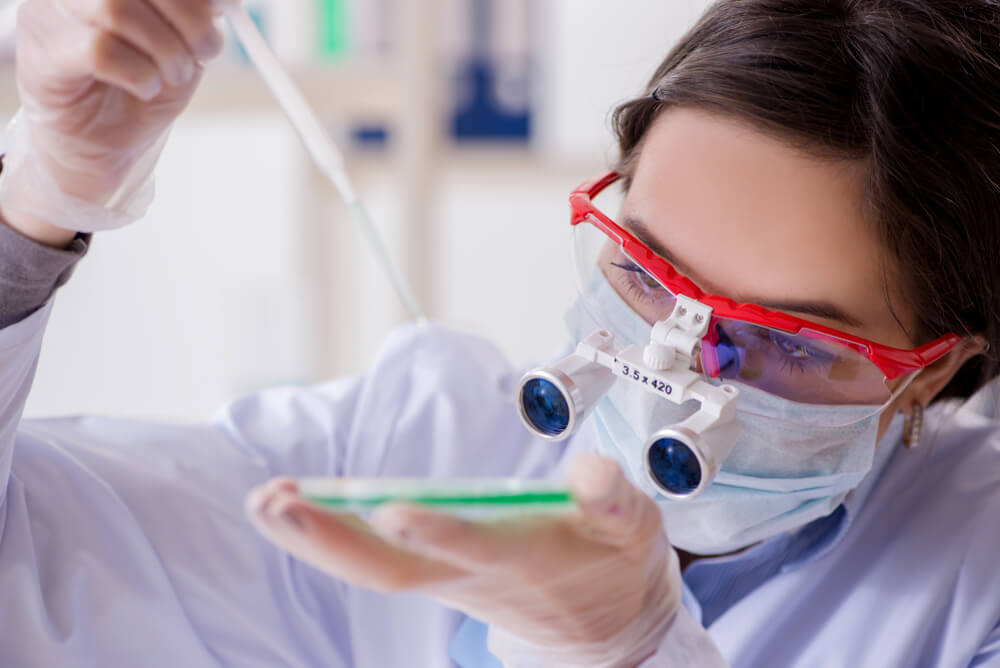 The Food and Drug Administration is reviewing asbestos testing after traces of the carcinogen were found in several products, including Johnson & Johnson’s Baby Powder.

A hearing focusing on testing standards recommended by an expert panel revealed on Tuesday that the testing examination is the FDA’s first in 50 years.

In 2018, a Reuters report claimed Johnson & Johnson ‘knew for decades’ that asbestos could be found in its talc.

The report even claimed J&J failed to tell the FDA that between 1972 and 1975 three of its labs found asbestos in their talc products, although the company denied the claim.

Calls for stricter safety regulations were recently made by public health authorities and experts for plaintiffs in lawsuits who allege contaminated talc caused their cancers.

J&J, however, has strongly defended the safety of its talc- noting its tests found no asbestos in samples from the same bottle examined by the FDA, other than some the company attributed to a laboratory air conditioner.

In a statement, the company added it looks forward to seeing the FDA’s “thorough review of the most effective and reliable ways to test for asbestos in cosmetic talc.”

The pharmaceutical company has spent more than double its research and development budget of $8 billion in recent years.

An industry trade group, the Personal Care Products Council, criticized recommendations made at the hearing, arguing they would not improve public safety.

The cosmetic talc industry has not been required to test for asbestos for decades, despite similar minerals being found together in the ground.

The situation may be about to change, however, as one expert recommendation noted mineral particles are small enough to be drawn to the lungs, which could be potentially harmful.

A government toxicologist added that a wide range of spear-shaped minerals can trigger cancer, including asbestos, so testing should now be compulsory. Some studies claim exposure to the particles could even lead to heart problems.

Senior advisor with the National Institute of Environmental Health Sciences Christopher Weis agreed. He noted research that has shown conventional lab testing can fail to detect a full range of hazardous particles with the ability to trigger the development of cancer needing efficient treatment.

He added: “Short EMPs are not conventionally counted or included in lab reports. As a toxicologist, this is unacceptable.”

He said: “Counting all (elongated mineral particles) would provide misleading reports, suggesting the presence of asbestos when none exists. The key to effective testing is the identification of asbestos, not harmless minerals.”

He urged the FDA to introduce more rigorous testing methods and said warning labels should be added to talc products to tell consumers products may contain traces of asbestos.

Although the US Occupational Health and Safety Administration and the Environmental Protection Agency began limitations of asbestos exposure in the 1970s, reports have accused the FDA of downplaying health concerns.

Director of the FDA’s office of cosmetics and colors, Dr. Linda Katz, has said the panel from the hearing will continue to study the issues surrounding possible asbestos in cosmetics and plans to publish a white paper.

A timetable has not been announced to answer whether the FDA will pursue new testing rules in the future as of yet.