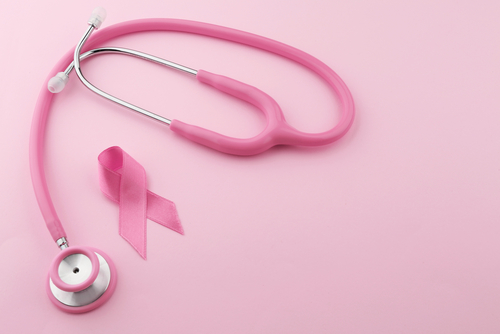 Google AI has announced that it has developed an artificial intelligence (AI) tool that can detect advanced breast cancer with 99 percent accuracy.

Google AI’s deep learning program named LYmph Node Assistant (LYNA) examined images of a patient’s cells and was trained to recognize characteristics of tumors with the help of pathological slides that were used as datasets. What could be of further interest is that LYNA was able to reduce the time spent on reviewing a slide from two minutes to just one.

LYNA was able to distinguish between slides with or without metastatic cancer 99 percent of the time, and locate the suspicious sites, even when looking for extremely small metastases human pathologists might miss.

In a blogpost, Google AI said detecting cancer that has metastasized from the primary site to nearby lymph nodes was a difficult and time-intensive task for pathologists. To explain this point further, Google AI said studies had shown that about a quarter of metastatic lymph node staging classifications would be changed on second pathologic review, and detection sensitivity of small metastases on individual slides can be as low as 38% when reviewed under time constraints.

Google has since published two academic papers on how LYNA works.

In the first article titled Artificial Intelligence Based Breast Cancer Nodal Metastasis Detection: Insights into the Black Box for Pathologists, Google said it applied its algorithm to de-identified pathology slides from both the Camelyon Challenge and an independent dataset provided by the paper’s co-authors at the Naval Medical Center San Diego.

”Because this additional dataset consisted of pathology samples from a different lab using different processes, it improved the representation of the diversity of slides and artifacts seen in routine clinical practice. LYNA proved to be a robust tool when identifying image variability and numerous histological artifacts, and achieved similar performance on both datasets without additional development,” Google said.

In the second paper titled: Impact of Deep Learning Assistance on the Histopathologic Review of Lymph Nodes for Metastatic Breast Cancer, which was published in the The American Journal of Surgical Pathology, Google said six “pathologists completed a simulated diagnostic task in which they reviewed lymph nodes for metastatic breast cancer both with and without the assistance of LYNA. For the often laborious task of detecting small metastases (termed micrometastases), the use of LYNA made the task subjectively ‘easier’ (according to pathologists’ self-reported diagnostic difficulty) and halved average slide review time, requiring about one minute instead of two minutes per slide.”

Google continued: “LYNA was able to accurately pinpoint the location of both cancers and other suspicious regions within each slide, some of which were too small to be consistently detected by pathologists. As such, we reasoned that one potential benefit of LYNA could be to highlight these areas of concern for pathologists to review and determine the final diagnosis.”

In this instance, LYNA was able to work more effectively when it was deployed with humans. There is raging debate within the medical field on the use of AI; while some view it as a game-changer, the skeptical ones are adamant that technology is not a substitute for face-to-face consultations between doctors and patients.

Yun Liu, a member of the Google AI team and an author on the papers, said “This represents a demonstration that people can work really well with AI algorithms than either one alone.”

While the new AI is promising and outperformed pathologists, an important caveat is that it could still be a long way before it is used in a hospital setting. Google AI conceded that LYNA needed further testing, as the results are only from two labs.

“While encouraging, the bench-to-bedside journey to help doctors and patients with these types of technologies is a long one. These studies have important limitations, such as limited dataset sizes and a simulated diagnostic workflow which examined only a single lymph node slide for every patient instead of the multiple slides that are common for a complete clinical case. Further work will be needed to assess the impact of LYNA on real clinical workflows and patient outcomes,” Martin Stumpe and Craig Mermel wrote in a blogpost for Google AI.

Google has been taking significant strides in developing AI. The company is working on an algorithm to diagnose diabetic retinopathy. In addition, in June Google announced that its Medical Brain team had created an AI system that could forecast mortality rates with 90% accuracy.

Google’s parent company, Alphabet, has developed Google Verily, which is working on identifying diseases by looking at images of patients’ eyes.