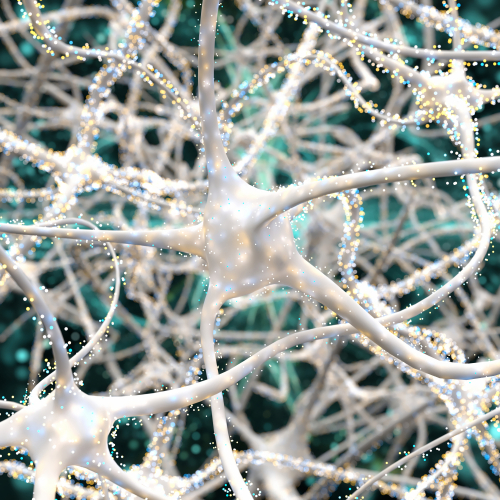 Healx focuses on rare diseases, 95 percent of which have no treatments

“There are 350 million patients worldwide affected by a rare disease, and 95 percent of them don’t have a treatment”, Healx CEO Tim Guilliams told labiotech.eu.

These 350 million people are affected by 7,000 known rare diseases, he added, basically 1 in 20 people on Earth are afflicted by such a disease, making rare diseases not so rare after all.

However, although other patients usually have a multitude of drugs from which to choose, 95% of rare diseases remain, for the time being, without any treatment. The traditional pharmaceutical industry usually focuses on wide spectrum drugs to treat diseases impacting large numbers of people, which in turn ensures profit targets can be met on an annual basis.

But Healx think there’s a market opportunity that they can tap into.

One of Healx’s founders co-invented Viagra

The story of Viagra and how it came into being is a crystal clear example of why the Healx team is perfectly positioned to think outside of the box for new drugs and rare conditions.

The original purpose for the famous drug Viagra was to lower blood pressure. When the drug failed to meet its objectives, it was repositioned once to heal angina. Eight years and millions of dollars later, after hard, painstaking testing, trials revealed unsatisfactory results, so Pfizer could not push the drug through as an angina cure.

The company gave  Dr. David Brown only a trimester to prove the drug’s efficiency.  Then, all of a sudden, men enrolled in drug testing started experiencing drug related penile erections. This prompted  Dr. Brown and his team to reposition the drug a second time and make it the magic male impotence cure it now is. The story goes on, since now Viagra is being used to treat pulmonary arterial hypertension.

The bottomline of the story is elegant in its simplicity.

At Healx, the team isn’t focused so much on inventing new drugs from scratch.

Rather, the company is using technology and artificial intelligence to examine the current universe of existing drugs in order to repurpose them for curing rare diseases.

Just like Viagra metamorphosed many times until it reached its market potential, the research team at Healx is banking on being able to find treatments for rare conditions from the plethora of existing drugs on the market.

When a drug is found to treat some of the symptoms of a rare conditions, the team plans to change the chemical component enough to address the medical problem heads on.

‘Healx has a simple but profound goal: To transform the lives of rare disease patients. Our technology helps us find treatments where none currently exist,’ co-founder and CEO, Tim Guilliams, explained. ‘Our success comes from our world-class multi-disciplinary team of experts, leveraging cutting-edge artificial intelligence techniques to cut the discovery-to-treatment time from years to months.’

‘I have a personal goal to get 10 drugs to Phase II clinical trials in the next 2 to 3 years,’ CSO David Brown told labiotech.eu. ‘That would have taken several years and 2,000 employees at Roche. We can do it with 30-40 people here, at the same timescale but with a fraction of the cost.’

The technology Healx employs was proven successful when the company worked with FRAXA, the Fragile X Syndrome patient group. With insight from the patient group, Healx was able to develop a drug for Fragile-X in less than 18 months, making it ready for clinical trials in record time. It took Healx 80% less time to get to human trials than the average drug manufacturer.

Using AI to speed up the drug discovery process isn’t a new strategy.

For example, in the US, Verge Genomics recently received $32 million dollars in funding to use AI to monitor the impact that specific drug treatments have on the human brain starting with the preclinical phase. As a result, Verge Genomics can help drug manufacturers get a better picture early on about the effectiveness of a drug on human cells.

Healx also takes an algorithmic approach to drug discovery and their core resource is HealNet, one of the world’s largest, most complex databases for rare diseases. The company claims that their database includes more than one billion unique documented interactions between rare diseases, patients and previously used drugs.

According to Healx, these include interactions have been extracted from scientific literature, patents, clinical trials, disease symptoms, drug targets, underlying chemical structures and more.

Putting it simply, the typical path to developing a new drug costs somewhere between $1 and $2 billion and usually takes 10-15 years to complete; only 5 percent of drugs actually see the light of day.

According to both Healx and Verge Genomics, Machine learning and AI can do most of the work related to drug testing in a fraction of that time. “I’ve been involved in getting a lot of drugs through clinical trials and this is four or five times faster than any I’ve been in before,” said Dr. Brown about the progress Healx has achieved so far.

In 2017, Healx joined the global ‘Disrupt 100’ list, covered in the Harvard Business Review.  The previous year it was given the 2016 ‘Cambridge Graduate Business of the Year’ award by Business Weekly and in 2015, Healx was the recipient of the ‘Life Science Business of the Year’ award by Cambridge University Entrepreneurs. Balderton Capital, Amadeus Capital Partners and Jonathan Milner have given capital funding to the company.