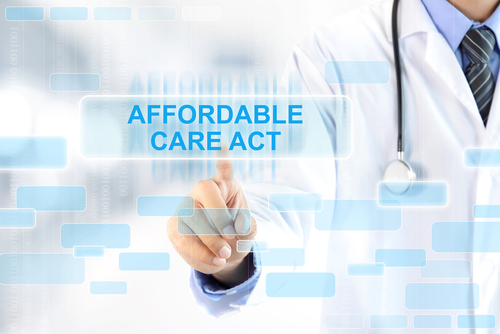 How the Affordable Care Act Boosted the Healthcare Industry

Since 2010, when the Affordable Care Act (ACA) was signed into law by President Barack Obama, healthcare industry leaders feared that their companies would take a hit.

Eight years later, statistics show the opposite has happened. Both earnings and stock prices of healthcare companies have soared since 2010.

The ACA was designed to give the U.S. healthcare system an overhaul, by expanding coverage of Medicare and Medicaid and set stronger regulation guidelines for companies. Critics of ACA predicted gloomy scenarios such as the end of private insurance or that the government might take over healthcare.

The Affordable Care Act, a blessing in disguise

Instead, the law has proven to cement the system’s underlying structure, which allowed companies to thrive. The S&P 500 health care index, which tracks the stocks of 63 major companies, rose by 186% since the ACA became law. By comparison, the indexes of two important American stock markets, S&P 500 and Dow Jones, increased by 141% and 139%, respectively, according to FactSet.

ACA led to gains all across the health industry. Health insurers were the first ones to reap the benefits.

Take Centene for instance, a major Medicaid and ACA marketplace insurer, Centene’s stock price has multiplied by 12 times or 1,100%. Shares of UnitedHealth Group have also increased by more than 700%.

While insurers were initially put off by cuts to Medicare Advantage payment plans and new requirements forcing them to cover sick people, these measures boosted their profits. Medicare Advantage drove up enrollment and supplied insurers with millions of taxpayer-subsidized customers.

The individual marketplaces are now bringing big money. Companies like Blue Cross Blue Shield are the living proof: their plans have collected $8.6 billion in profits during the first six months of this year — a 42% increase from the same period in 2017, and the most they registered since ACA marketplaces went live in 2014.

According to statistics, this is only the beginning of a prosperous era in healthcare.

Neither hospitals nor the pharma sectors were negatively impacted by the law.

While hospitals initially suffered from Medicare payment cuts, those who expanded Medicaid eligibility had the greatest benefit in cost savings. Despite having to face a 2.3 percent tax put in place in 2013, the medical device industry kept adding jobs.

Paving the way for innovation

In addition, executives in healthcare saw their bank accounts growing bigger thanks to ACA.

An Axios analysis of federal financial documents found that the CEOs of 70 of the largest U.S. health care companies have earned a total of $9.8 billion between 2010 and 2017. Another way to look at it: CEOs made an average of $20 million a year since 2010, far more than the wage growth of nearly all Americans. Their compensation included salary, bonuses, stock, perks, and retirement funds. Eleven of the top wealthiest executives were those of pharmaceutical and drug-related companies.

Startups and retail giants like Apple and Samsung infused the industry with breakthrough therapies, digital devices and apps that gave patients a heightened sense of control over their wellbeing.

Most importantly, the health law dramatically improved people’s ability to buy health plans on their own. Uninsured rates dropped about 17 percent among adults with family incomes less than $48,500 between 2010 and 2017.

There were widespread rumors that enrollment would plunge in 2018, but the numbers were not nearly as bad as predicted. A total of 11.8 million Americans signed up for health insurance for 2018, just 400,000 less than for 2017.

The backlash against the Trump administration’s attacks on the health law stands as evidence that health leaders and lawmakers truly believe in ACA’s efficiency.

In August this year, four cities sued the administration a day after it announced a new short-term healthcare plan to roll back restrictions of ACA. Baltimore, Chicago, Columbus, and Cincinnati claimed that such measure is unconstitutional.